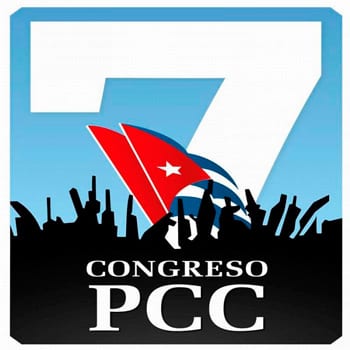 HAVANA TIMES — At the close of March, Cuba’s Granma newspaper, the official voice of the Cuban Communist Party, was kind enough to offer some pertinent details about the imminent 7th Party Congress. A heated debate had arisen prior to this in response to the lack of transparency that no few onlookers had perceived in the manner the congress was being organized.

Francisco Rodriguez Cruz, Paquito el de Cuba, Harold Cardenas (from the blog Joven Cuba) and others had protested over the degree of secrecy that had characterized the preliminary debates prior to the meeting. The documents that will be the basis of the debates, as you may remember, haven’t been made public or discussed by the Cuban working class, only among representatives and other members of the Cuban leadership. Some supporters of the government, who regarded this way of doing things as “democratic and efficient,” in their own, private corners must have asked themselves, like me, what the blessed documents contained and who had drawn them up.

On March 27, some partial answers to these questions were published by Granma. Judging from the glimpses they offered, it would have been better not to have said anything at all.

To begin with, they reveal that only 21 % of the program approved at the previous congress (2011) – the notorious “Guidelines” – have been implemented to date. This failure is presented as the reason to continue the process under a heavy cloak of secrecy.

This is how they segway into the process of drawing up the documents for the current meeting. Here, they reveal that it was carried out by “hundreds of officials, economic and social sciences researches and professors.” They expound on the role played by an Implementation Commission – tasked with developing the Guidelines, one can only assume – under the advisory Scientific Council, made up of 130 “highly qualified” experts. These individuals, who have yet to implement nearly 80 % of the work approved at the previous congress, have now been tasked with assessing the new work.

After this, the new programs were debated by the Central Committee and new versions of the documents were produced. These were the ones that, lastly, were delivered to congress representatives, at other meetings where up to 3,500 invitees participated.

Here, we are shown one disaster after another. Given the mainly rural background of the thousand or so Congress participants, Granma says, one could argue they are not representative of a highly urbanized country like Cuba is. In addition, we don’t know what criteria were used to choose the Party offices that would elect the representatives. In the best of scenarios, what we see is that these people, the only ones elected in a more or less democratic manner, represent less than 22 % of the minds that contributed to the final product. What’s more, when they got there, the drafts were already developed and only needed a few minor touchups. Then, it’s time to vote, to approve them unanimously.

Now, we have a program for a Congress of the Party, theoretically “of the proletariat,” drawn up by government officials, researchers, professors and highly qualified experts, and, possibly, one or two proletarians who managed to sneak in among the 1,000. I have nothing against researchers, professors or experts, I’m bit of the three. But it seems to me that people like Aracelio Iglesias, Jesus Menendez and Alfredo Lopez may have been left out of the proceedings (1).

What’s in these blessed documents, anyways? The newspaper explains it. The first assesses the country’s economic performance. The second, the fulfilment of the Guidelines. The third, the updating of these Guidlines for the next five-year period. The fourth is the blessed Conceptualization of Cuba’s Economic and Social Development Program. The fifth is the development program that, evidently, stems from the said “conceptualization.” The sixth and final document evaluates the extent to which a program from a now forgotten meeting, the First National Party Conference of 2012, has been fulfilled. In connection with this, we are told that the balance is positive.

I think something which may seem like a bit of dark humor today. Lately, we have become accustomed to reading that our economy is growing, that it is heading in the right direction. Probably, this will be one of the things presented as favorable in the first document. That would be the first reason not to discuss such documents publicly.

Let us try and keep our cool and go over the rest of the list. The program related to the Guidelines involved, for better or for worse, willingly or unwillingly, the whole of the Cuban people. The people were the ones directly affected and were called upon, at least formally, to debate the initial proposal. Did the country’s democratic reserves dry out at that unsatisfactory attempt at a nationwide debate? Will decision-makers not consult citizens ever again?

There’s talk of the Conceptualization. They are designing the country in which we will supposedly live, behind our backs. Who? What ideas do they have? What right do they have to do this? Who asked them to do this for us? How is it that the opinions of those who are going to live in that country and keep it afloat is not worth their while?

This conceptualization will naturally yield the new constitution, which, as we know, is being prepared in an equally secretive manner. Such a conceptualization is supposed to yield a “prosperous and sustainable” form of socialism. However, for a socialist system, it shows little involvement, empowerment or democratic participation by the working class or peasants, in the broadest and most dignified sense of these words.

In view of this history, we can predict that the Congress will lack in the proletarian content one would expect from a communist party. The working class Marxist ideology that would distinguish it from any social-democratic, Christian Socialist or Keynesian meeting will be absent. Our society is seeing more and more of the contradictions typical of capitalism in terms of the Labor-Capital conflict. On the one hand, we have employees and, on the other, the emerging managerial class and powerful foreign investors. To put it bluntly, will the Party not take sides? And, if it doesn’t, we can be fairly certain of which side it will have taken, tacitly. It’s no surprise that, after I posed these queries, my blog at the platform Cubava was removed.

We have, then, only to wait for the blessed meeting, see if we find out how they are thinking of ruling over us in the coming years.
—–

[1] Aracelio Iglesias, Jesus Menéndez and Alfredo Lopez were renowned Cuban working class leaders in the port, sugar and polygraphic sectors, respectively, during the first half of the 20th century. The three were murdered by the repressive forces of the governments of their day.

4 thoughts on “Cuba’s 7th Communist Congress Finally Unveiled, for Better or for Worse”