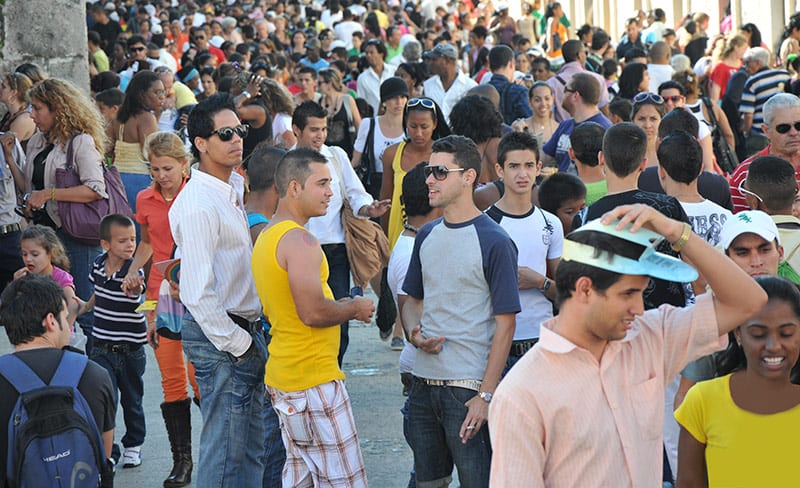 HAVANA TIMES — Over the last few weeks, the debate surrounding whether one is a revolutionary or not has come up. Some serious definitions have appeared while others only seem to seek to discredit young Cubans who think differently, are critical and propose ways of moving forward.

According to some people, revolutionaries aren’t rebellious and nonconformist people who explore new paths so as to make society advance, but those who say yes and accept what was stated by revolutionaries over half a century ago as if it were the Sacred Scripture.

Theoretical, philosophical and philological treatises could be written about the subject, however, subjects that appear to be the most complex sometimes have a simple answer. In Cuba, since the ‘60s, a “revolutionary” is anyone who supports the Revolution.

On this basis, we can deduce without too much effort that revolutionaries aren’t those who have the most radical views, riddled with quotes from Fidel, Marx and Lenin, but those who provoke radical change in science, society and culture.

Revolutionaries are Finnish teachers who have achieved excellent results by developing a new education system which promotes play and interpersonal skills as part of their learning, cutting class hours and getting rid of homework.

Revolutionary is Agricultural Engineer Fernando Funes who, from an 8 hectare farm on the outskirts of Havana, has created an efficient, eco-friendly, self-sufficient production system with additional benefits that make working in agriculture an attractive option (1).

Revolutionaries are those young people who are exploring styles, forms and content to create a journalism that informs the population, instead of continuing to make such poor and untrustworthy propaganda that even those who want to believe, no longer do.

Revolutionary is Silverio, who created a cultural center where children, homosexuals, grandparents, rockers and transvestites live together in harmony. And he did this in a province when the “revolutionary” media in Havana called for the country to deport homosexuals from the Malecon.

Revolutionaries have never been a majority anywhere in the world, and Cuba is no exception. They were a handful of mambises who rose up in the countryside and they were also a few thousand soldiers from the Rebel Army and underground guerrillas.

In Cuba, the meaning of the word “revolutionary” has been distorted, and is now used to name anyone who verbally declares their support for the socialist system. Some “revolutionaries” even receive a paycheck, travel abroad, have a car, petrol, spend their holidays in hotels and have other privileges because they commit themselves to “defending the Revolution” on the Internet.

This concept has been twisted so much that rebelliousness, independent thought, opinions, being frank when voicing your opinions and questioning what “comes from above”, have stopped being revolutionary qualities and have now become reasons for suspecting someone.

Those who asked questions, those who weren’t unconditional, religious people, homosexuals, rockers, critical intellectuals or those who wanted to emigrate, stopped being revolutionaries and became people hostile to the regime, weak in their ideology, milksops, scum or diversionists.

This is how Rev. Raul Suarez, who was shot on Giron Beach when he was rescuing those injured during the Bay of Pigs invasion, ended up imprisoned in a Military Unit to Aid Production where those who didn’t fit the “revolutionary” mold were locked up.

Just a few years after this event many of the country’s finest intellectuals were confined in library basements, in their homes or had to leave the country because their free way of thinking or sexual freedom didn’t meet the Revolution’s established “parameters”.

By contrast, their prosecutors were considered “revolutionaries”, those who began a witch hunt which would have done away with the country’s greatest figures had it not been for the fact that the majority of the victims were so patriotic that they weren’t willing to leave Cuba.

It’s said that a people who forget their history are condemned to repeat its mistakes. Today, like there weren’t ever any UMAPs or persecution of intellectuals, some people have begun to use the term “revolutionary” as a way to discredit those who think or feel differently.

They are weakening Cuba at a time when the country needs all of its forces in order to keep going amid the rapprochement process with one of the greatest cultural powers in the world; a rapprochement which would be dangerous even if the US had good intentions.

Those who use the term “revolutionary” to divide Cubans, who exclude the most talented youth or force them them to emigrate, who stigmatize others for thinking differently, who try to impose “their” only way of thinking, who hinder change that citizens have approved in people’s assemblies, are the best “Trojan Horse” that even Cuba’s enemies couldn’t dream of.

One thought on “Cuba’s Conservative Revolutionaries”