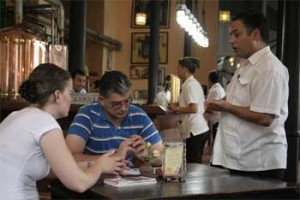 HAVANA TIMES, May 3 — The enemies of the Cuban Revolution never tire of repeating in any and every way they can — even in social networks — that Cuba’s economy is a disaster, the socialist system has been a failure, the revolution has destroyed the economy, etc., etc.

All this is a colossal lie.

Sure, we could be much better if we didn’t have that fierce US blockade on us that has been maintained for more than half a century and has cost the country nearly one trillion dollars.

For those people with poor memories, I should remind them that due to US pressure, all of the Latin American countries (with the sole exception of Mexico) broke off relations with Cuba in the 1960’s.

Due to that blockade in our own geographic area, Cuba had to develop most of its trade with the socialist countries of Eastern Europe and Asia. In the case of the East Europeans, this was through the mechanism known as the Council for Mutual Economic Assistance (Comecon).

These trade relations, being outside the system of capitalist speculation, maintained fair and stable prices for goods – both imported and exported ones. In the case of the Soviet Union, it would buy — at a fair price — all the sugar that Cuba was capable of producing. 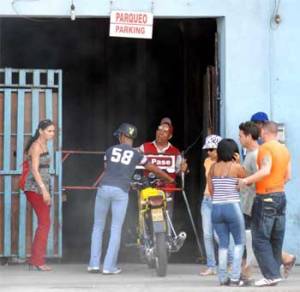 In addition it offered low-interest loans to finance development projects, in keeping with the economic relations between fraternal countries. These were not like the usurious credits extended by loan sharks like the IMF or the World Bank.

As is widely known, at the end of the 1980’s and the beginning of the 90’s, Eastern European socialism was destroyed do to a multitude of factors, which aren’t my purpose for discussion here. Subsequently the Soviet Union was dismembered and dragged into capitalism.

With the disappearance of those mechanisms for commerce with that geographical area, Cuba found itself practically without foreign trade. The country’s economy was left paralyzed to a great degree and, forced by this circumstance, to begin what was for all Cubans an exceedingly difficult period: the so-called “Special Period.”

Many of the enemies of Cuba bet that socialism on the island would disappear, just like it did in Eastern Europe. This was a logical way of thinking for those who were unfamiliar with the Cuban people, their ability to sacrifice and their determination to defend the achievements of the revolution.

Any country in the world that would have faced a situation like what Cuba faced would have had huge riots bringing the government down to its knees. However the Cuban people are determined to defend their revolution at the cost of any sacrifice.

The United States tightened its blockade with the passage of the Torricelli Act in October 1992, claiming that this would be the coup de grace to the revolution. The main objective of this law was to isolate Cuba from international trade to cause the economy to collapse.

Failing to achieve the expected results with the Torricelli Act, in March 1996 Bill Clinton signed the Helms-Burton Act. This legislation prohibits Cuba from trading with subsidiaries of US companies in other countries and sanctions foreign businesspeople so that they will not invest or trade with Cuba. This acted in unison with other actions to form a veritable fence around the Cuban economy.

Despite all these obstacles and anti-Cuba laws, the economy in Cuba is developing and growing each year. In 2011, the GDP grew at a rate of 2.7 percent and plans for 2012 envisage a growth of 3.4 percent.

In Cuba there is no unemployment; rather, there are labor shortages in many areas of the economy.

If we compare the Cuban economy with those of the major capitalist countries in the world — which are either in a recession or on the edge of one, with millions of people out of work, with just as many people having lost their homes and many having to live in the streets, where there are large demonstrations in which people are brutally repressed by the police, and where governments are going bankrupt — then we have to ask: Who are the ones who have failed?

I think the economy that’s a disaster and a failure isn’t exactly Cuba’s.