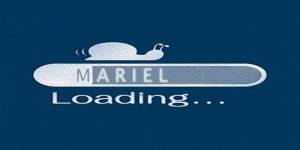 HAVANA TIMES — “We have approved eight businesses and we have four files on record and others which are in the final stages of review, therefore, the coming months should produce a group of new operations,” says Ana Teresa Igarza, the Director of the Office of the Mariel Special Development Zone.

Igarza adds: “We have approved two Mexican investors: one aimed at the food industry in meat processing (Richmeat of Cuba SA), the other belongs to the chemical industry, a paint factory to produce sealants and additives (Devox Caribbean).

“There are two Cuban companies (Mariel Container Terminal SA and Mariel Logistics Services SA); and a Spanish firm, (Profood Service SA) also in the food industry, which is dedicated to the production of juices, concentrates, alcoholic and non-alcoholic beverages.

The Director of the Office of the Mariel Special Development Zone presents as an achievement that eight companies have been approved since it was created in 2013 and where today only three of them are operational. Undoubtedly the idea of moving forward but without haste has been taken very seriously.