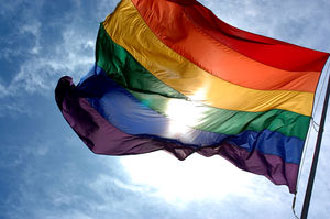 HAVANA TIMES — Two years ago, almost by accident, I ended up working as a volunteer at Cuba’s National Center for the Prevention of Sexually Transmitted Diseases (CNP). I was unemployed at the time.

Thanks to a friend, I had found out about the MSM (Men Who Have Sex with Men) project at the center. In a few weeks’  time, after completing a number of courses about STDs, safe sex and other issues which gave me a whole new perspective on life, I had become a health promoter.

I learned new and varied ways of having sex which were safe and no less attractive than what I was accustomed to. It seems hard to believe, but I basically changed all my previous habits in order to practice safer sex. I learned a lot at this place and met people whom I love and admire immensely.

My main duties as a volunteer consisted in attending meetings organized by men who have sex with men and to give talks there to provide participants with information about safe sex, the use of condoms and STDs. At the end I also handed out free condoms.

I didn’t always get my message across. There were some who didn’t want to listen (as was their right). In any event, I always tried to teach them something about these issues that are often taboo, by providing people with information that can be very useful and help us improve our sexual health.

It was the first time in my life in which I actually felt proud of what I was doing, perhaps because, in this peer work, I learned to communicate my ideas and almost lost the stage-fright I always get when I have to speak in public.

Had you heard me speak back then, you might not have recognized me. This is because I actually believed in what I was doing. I would feel even more satisfied if, for instance, I managed to get through to a transvestite, because I have an idea of how heavy the burden of discrimination they have to shoulder must be.

I think I had worked as a volunteer for over a year when I had to quit. It’s hard to get by without a steady income, and I had to give up my volunteer work and look for a job. Restoration work has helped me in this regard.

I maintained my ties with the CNP, however. For many years, I attended conferences where video-debates were held. Every last Thursday of the month, the center would also screen films dealing with LGBT issues, films which are usually banned in cinemas and videotheques around Cuba.

A very important thing I learned from a friend at the CNP was to respect the opinions of others. I also learned of the harm that discrimination does to society and how it increases the risks of contracting sexually transmitted diseases considerably, due to the secretive practices of those who are excluded. Discrimination ultimately affects the whole of society, which is an internally diverse, interactive organism.