HAVANA TIMES — Inequalities among Cubans are becoming increasingly evident. A quick glance at the state of cities and towns clearly reveals who has the greater purchasing power and who barely manages to get by on their monthly wages. It also makes clear who can’t even manage to make ends meet without (inadequate) State aid.

The implementation of economic and political reforms – whose pace some consider slow and the government appropriate – leads to situations in which large groups of citizens are being deprived of the benefits of the country’s liberalization and clearly have less money to eat, dress and satisfy the most basic human needs.

Within this context, a growing number of Cuban intellectuals are insisting on the importance of encouraging public debate, in order to define the extent to which Cuban society is willing to accept these social differences. It is not a minor issue, as it presupposes an attempt to rethink the country people want, after being in the front-lines of efforts to try and build a fair society that offers everyone the same opportunities and resources, for more the fifty years.

The debate is impelled by the Cuba Posible (“A Possible Cuba”) project is now joined by economist Julio Carranza, former deputy director of the Center for the Study of the Americas (CEA) and co-author of the book Cuba: la reestructuración de la economía (una propuesta para el debate) (“Cuba: The Restructuring of the Economy – A Proposal for Debate”), published in 1995 – the expanded outcome of a report presented to the Cuban government in 1994, a report that was clearly dismissed at the time.

“In my opinion, there isn’t a single immediate future scenario for Cuba that does not involve greater economic differences in comparison to those that the Cuban revolution has sought, historically,” says Carranza, who wishes to see the “political courage needed” to acknowledge this reality.

“The problem, the greatest challenge, is how to conceive (both in political theory and practice) those inevitable differences, and what its limits ought to be. Every revolution is maximalist in its first stages, which is where its strength lies to a great extent. Later, existing conditions impose limits, greater rationality and a number of “steps back.” Then, the challenge becomes deciding what to preserve, how to do it, in what direction to head, what horizons to set for ourselves,” he notes. 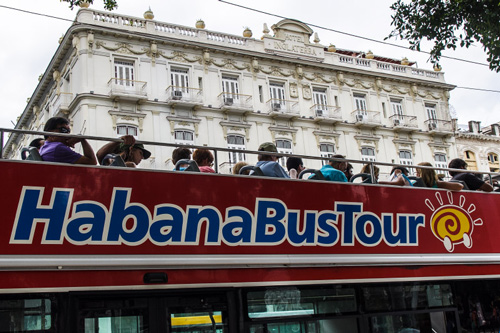 For Carranza, recent history reveals a number of policies which, far from stimulating economic growth, promoted a kind of “downward levelling,” reason enough not to repeat them in this new exploratory process, which no one yet knows where it will lead. “The inevitable income differences must be assumed as part of the economic model the country needs and be incorporated into the social dynamic in general, but such differences should not be extreme or lead to exclusion and marginality,” he underscores.

The economist expounds on a number of conditions which he believes must be preserved, in spite of the changes to Cuba’s socio-political system, provided the aim continues to be a fair society. In his opinion, the sectors based on fundamental social rights (such as education, health and social security) should continue to be based on equitable, free and universal, as they have been to date.

“Private ownership over the means of production, a novel and necessary factor of the current economic reforms, must have a clear extra-economic limit that can prevent the spread of private accumulation in the fundamental means of production (…) these must continue to be socially owned and managed,” the expert says, adding: “(…) foreign investment, crucial in terms of the capital, technology and markets it supplies – must be incorporated under adequate guarantees and for the purposes of securing profit, but also under State and social regulations that limit the impact of factors that run contrary to national development interests.”

With these suggestions, Carranza is in line with the national consensus that has been expressed to date: urgent reforms but without a loss of sovereignty and without traumatic measures, reforms that preserve what can be saved and, at the same time, undo the knots that keep individual and social initiative tied hand and foot. In short, to define and make concrete the slogan of “prosperous and sustainable socialism.”

Convinced that a model that brings about better social distribution of wealth is desirable for his country, Carranza recalls a number of concepts he made public in 1995, as a member of the now defunct CEA team.

“The defense of ‘egalitarianism,’ without properly understanding its meaning, its historical conditions and limitations may be a comfortable stance for certain political positions, but it is not suited to any possible scenario in Cuba in the immediate and not-so-near future. The challenge should not lead us to paralyze changes in defense of simple ‘egalitarianism,’ that is to say, to adopt a fatuous radicalism that leads to nothing. The challenge consists in making the change more dynamic while retaining the greatest levels of social justice and equality possible, without making concessions to the market and profits at the expense of society. We should also not demand a level of economic equality that is possible only in the Gospel or the utopias described in certain books, never in the reality and under the challenges the country faces today.”
—–
Photos: Juan Suarez

15 thoughts on “Do Cuba’s Economic Reforms Imply Inequality Will Grow?”