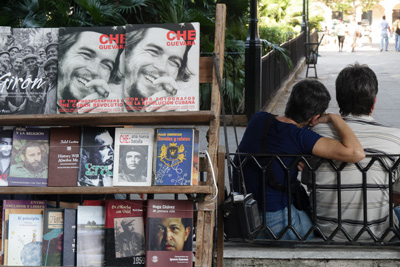 HAVANA TIMES — Foreigners visiting here tend to ask us questions that aren’t the least bit easy to answer. A short while ago, a friend from abroad asked me if I believed young Cubans supported the revolution.

The first thing I asked myself is what today’s youth would understand “the revolution” to be. To support or oppose something, it is convenient to define that something first.

For instance, during Batista’s dictatorship, the revolution could have been regarded as the overthrow of the regime and the re-establishment of the previous, liberal democratic system, with a few, progressive social measures added to it. Something along those lines was proclaimed by the 26th of July Movement, and many people supported it.

For many among the dispossessed and starving masses, the revolution meant access to a standard of living far higher than they could reasonably aspire to within the previous system. With measures such as the agrarian and urban reforms, lands and houses were redistributed, employment for all was guaranteed, the electrification of the country was undertaken, free health and education began to be offered and other social measures were implemented. This came at a price owing to internal distortions and US imperialist aggression, but, at the time, it was easy to say “this is the revolution” and to be for or against it, or to try and defend its positive aspects while fighting its negative side. In short, it was not hard to assume a position.

Years later, the word “revolution” began to be associated so directly with the government, State and Party that one couldn’t tell anymore. Supporting the revolution, in the view of leaders, meant supporting everything instructed “from above,” including such absurd schemes as the Revolutionary Offensive, the 10-million ton sugarcane harvest or the mandatory and mass nature of countryside boarding schools.

What structured notion of the “revolution” could those who came into this world after the fall of the Berlin Wall have? It seems as though this dilemma was clear to the leadership, as, on May 1st, 2000, then President Fidel Castro offered a definition that has been widely quoted:

“Revolution means having a sense of the historical moment…changing everything that ought to be changed…defying powerful forces…placing one’s life at risk to defend ethical principles… selflessness, altruism, patriotism…”

The goal of the pronouncement was clearly pragmatic. These statements were developed and reproduced by the official media in speeches given by leaders, in banners and in other media.

However, it is still hard to get one’s bearings. How can one feel they support a “sense of the historical moment”? What’s more, how could one oppose that? No political subject has a monopoly on “what ought to be changes.” President Obama changed US policy towards Cuba, but that doesn’t make him a revolutionary. Powerful forces are systematically defied by other forces, without there being any substantial differences between them in terms of their “revolutionary” nature. The ethical principles to be defended are defined in accordance with the morals of each class, which can be conservative, anarchist, communist, social democratic and so on and so forth.

It is telling that no pro-government intellectuals have analyzed, addressed or offered any theoretical inquiries into this definition.

In the years that followed this statement, defending the revolution meant supporting the policy of the new fast-track intensively trained teachers, restricting the scope of “self-employment”, working in the so-called “Revolutionary Programs” that made up the “Battle of Ideas,” making greater sacrifices without any prospects of individual realization, for the sake of a brighter future, etc. This didn’t last long, however, and, all of a sudden, the government took a 180-degree turn.

The new president, Raul Castro, promised people a new form of “prosperous and sustainable” socialism. Its program was made up by the Party Guidelines proclaimed during the 6th Congress of the Communist Party in 2011. Teachers were again encouraged to become specialized and undergo quality training, the revolutionary programs were cancelled and the self-employed were given the green light.

Everything comes full circle in the end. What the leadership seems to like most when it calls on people to “defend the revolution” is being obeyed. Some salaried apologists like blogger Enrique Ubieta tend to encourage such an interpretation of things. If they have anything more profound in mind, it is hard to notice it, particularly when corruption scandals and desertions from this leadership are publicly acknowledged.

Young people have never been very obedient. One can see this in their alienation with respect to official political organizations. The emptiness of their participation in the system and their reluctance to occupy leadership positions or take on many responsibilities is evident. Emigration is also drastically decimating these generations.

Therefore, whether there is support for the revolution among the young must be decided on the basis of one’s own, fresh conceptions about the concept, those that struggle to make way in today’s complex social scenarios.
—-
Photos: Juan Suarez

11 thoughts on “Do Cuba’s Youth Support the Revolution?”