HAVANA TIMES – I would like to share some of my thoughts on the results of El Salvador’s presidential elections, held on Sunday February 3rd. I have been saying for a while now what the election has confirmed, and this time the polls made no mistake.

In spite of the turnout of voters (which was lower than previous years), Nayib Bukele, a successful 37-year-old businessman, won with 53%. He is the youngest leader in Latin America and he comes from the Left. He has been the most successful mayor in the capital up until now, winning by a vast majority when he was nominated for the position as an FMLN member.

Soon, the non-reformist outlook of the Left’s leadership clashed with the vision of this young man, who was kicked out of the party’s ranks because he constantly criticized the leadership, who refuse to change. Standing on his own, he created a new political project called NUEVAS IDEAS, which is what really brought him victory on Sunday, and in less than a year.

He made his outright rejection of the traditional Leftist party, the FMLN, and right-wing ARENA well-known. Both of these parties have been ruling El Salvador for 30 years, forming part of a political system that was impossible to break through, but which is now defeated.

It’s important to highlight the fact that the FMLN suffered the greatest defeat in its history, winning less than 14% of the vote and losing over a million voters who decided to not back them like they always did. To put the icing on the cake, current president Salvador Sanchez Ceren has been given the title of the worst president in the last 30 years.

Another burden that the FMLN carries goes by the name of Mauricio Funes, the first president of the first Leftist government (2009-2014), who was responsible for one of the biggest plunders in El Salvador’s history, stealing almost 400 million USD from public funds, which was only possible thanks to a sophisticated family network and the support of close Government officials, some of whom are serving prison sentences today.

Acting completely scot-free, members of the FMLN leadership facilitated his escape and he is a fugitive of the Law today, protected by Daniel Ortega’s government in Nicaragua. That also weighed on the election results.

There is something else that happened when Funes was president that added to this defeat: Spain issued an arrest warrant for a group of genocidal ex-military men who were involved in the massacre of Jesuit priests. President Funes overruled this international arrest, providing refuge to these assassins. The FMLN also stood by this protection.

There is no doubt that a much more in-depth analysis needs to be done of the causes that led to the party’s collapse, which during the years of the armed struggle was an organization that won people’s sympathies and credibility worldwide in their fight against the military regime.

The FMLN is the only one responsible for such a catastrophe and it will have to answer to society, accounting for its actions before its people and the world, explaining what happened to this well-renowned and heroic movement which has taken a part of our lives.

Today, this party has ended up becoming a product of its sectarianism, of its arrogance and its refusal to change, constantly looking back to the past without looking to the future. I am one of the people who believe that revolutionaries who don’t believe in the future, end up becoming counter-revolutionaries.

The FMLN abandoned many of its principles, including REVOLUTIONARY ETHICS. I am also one of the people who believe and openly say that it betrayed the revolutionary cause, and this is part of the result. I think the same thing about Daniel Ortega and Nicaragua’s current government too.

You can’t aspire or pretend to be a revolutionary and be corrupt at the same time, a formula which some “revolutionaries” have tried to impose and is one of the most visible signs of the collapse of not only the FMLN, but also of the rest of the Latin American Left.

In the FMLN’s case, administrative and political corruption particularly stood out, as did their contribution to letting the corrupt walk free and covering up the truth, in the same way that ARENA did, without punishment too. I lost some of my family in this blood-filled war and the few of us who survived were marked by this horrendous conflict, without seeing justice served yet. 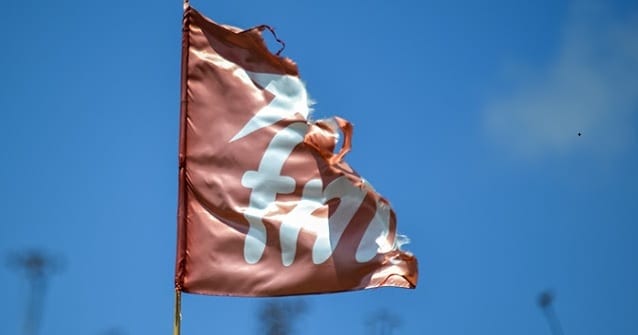 The FMLN is most responsible for trampling all over and insulting the memory and legacy of my father, poet Roque Dalton, in the vilest of ways, by choosing and protecting one of his killers, but today punishment has befallen them. Not only did they want to stain my father’s name, they didn’t want to collaborate in the search for his corpse, walking all over my mother and my family.

Over these past 10 years, I was the only government official (I’m the director of Film and Documentary Making at the Ministry of Culture) who rebelled against his own government, and I have run great risks in my fight against impunity and quest for justice, but it has been worth it and I was an ordinary citizen who contributed to the February 3rd results. I was one of the people who denounced the FMLN for its poor governance, corruption and abuse and atrocities against my father and their betrayal of the Salvadoran people.

I was always convinced that my critical and bitter position would never make me a traitor, like some people have said. Neither myself, my brother Juan Jose or the rest of my family have betrayed the revolutionary cause. The Party higher ups are the ones who left their soldiers, who forget who gave their precious lives, including my eldest brother, neglecting those who gave everything for them.

The damned formula of pushing social projects forward, and filling their pockets at the same time, has finally been overthrown and exposed. The FMLN’s leadership will need to answer and have an ounce of dignity and shame.

It won’t be surprising if renowned FMLN leaders form part of corruption cases, because they have been the key to all of this and the truth is harder to swallow than you might think. The last shameless thing that the FMLN did was to join forces with ARENA to try and defeat Nayib Bukele, they became “strategic friends” in this election.

They formed an alliance with the party of the founder and killer of Monsignor Romero. That really was the icing on the cake, and the last thing you would expect to finish this off this chapter with fireworks. This is also reason for the election results.

Nayib Bukele winning on the first round, comes out stronger with his new party NUEVAS IDEAS and not the party GANA. GANA was just the electoral vehicle [to have a place on the ballot] , a shell which I share absolutely nothing with. GANA would never have won a single election and, therefore, Bukele’s victory is because of NUEVAS IDEAS and not GANA. Which means to say that Nayib has more power now to choose who accompanies him in this government.

Lastly, my dear friends and family, I believe in the future and, as a result, in our new generations. We can’t return to the FMLN, because going back to them means going back to the past and failure. In my eyes, the future belongs entirely to our youth.

*Jorge Dalton is a Salvadoran-Cuban filmmaker.