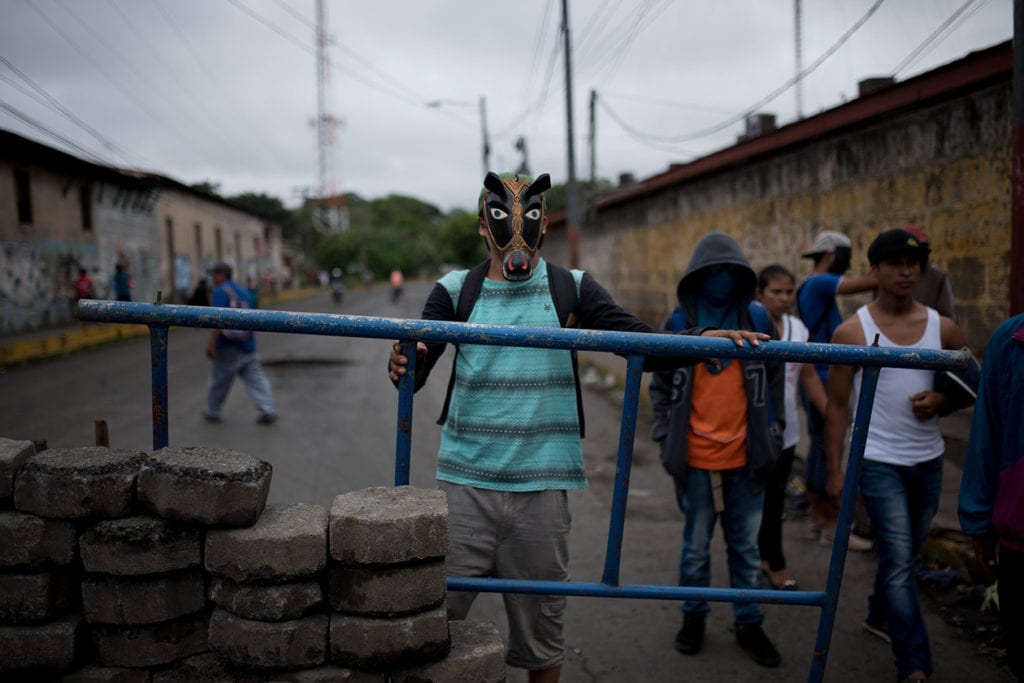 “We need to wash our dirty laundry at home, but at the same time, let’s not forget to keep strict tabs on anyone who claims to represent our interests.”

HAVANA TIMES – Even though the courageous university students raised their voices against the dictatorship this week inside the Central American University, we’re still falling like chumps into the dictator’s game.

I’m not referring to the fact that the Civic Alliance reached an agreement with the dictatorship’s representatives for a “roadmap”, that doesn’t meet our expectations, but is the only thing we can grasp onto to get out of this crisis. And that’s not just conformism, but the fact that no one wants any more dead, or missing or prisoners.

Ortega is enjoying this

I imagine Daniel Ortega and Rosario Murillo laughing like trained seals there in their El Carmen headquarters, happily watching us quarrelling between ourselves; how we cut each other down. We lose strength, we wear ourselves out, while the true enemy gets stronger. [While some are trusting, others express intense distrust in the Civic Alliance’s attempts at negotiations.]

They have even changed its discourse. Now it’s all about peace, love and pardon. Not even their trolls have come out to attack us and call us coup plotters and terrorists. Maybe some poor desperate person attacks the media in their commentaries, but they’re not part of the regime’s cybernetic mobs.

It’s not that we in the opposition are all going to become unconditional best friends, but we mustn’t lose sight of what is truly important and the things we all agree on. And that point of agreement is the departure of the dictatorial couple and their minions.

Now he’s only marking time in hopes that the outcome in Venezuela ends up blocking the threats that hang over him and his circle in all directions.  He’s going to look for a way to save himself and he might manage to do so if we fall like dupes into his game.

Divide and conquer: his old trick

We’re tired of this situation. We want justice. We want to return to our normal lives. Don’t think I’m going to tell you how this issue will be solved, because in truth I have no idea. However, I believe that we shouldn’t continue playing his game.

It’s not easy for anybody. Salaries have fallen with the Social Security reforms that were imposed; in addition, the tax reform has increased the price of food. And whoever says that’s false, excuse me, but they’ve marked you for suckers even more than us.

The economic situation and the lack of freedom, plus the impunity, is discouraging, and that’s the very thing that Ortega is seeking. He wants to see us with our tears dried up, without hope, without energy or strength, resigned, divided.

Because once we’ve become resigned, we will have fallen into his game of “erase the blackboard and start over”. That sucks, because we’re really all desperate to have this come to an end.  But – and here’s the BUT – if we try to hurry it, if we fall into his game and don’t take things any further, then and only then Ortega will have won, and none of this will have been worth it.

The lie as weapon

Let’s flip them off. Let’s give them a taste of their own medicine. Who’s more given to screwing people over than Ortega and his minions?  Who in this country has made more use of the lie as a political strategy? All of the politicians, certainly, but the experts have always been the Ortega-Murillo duo.

Ortega and Murillo have lied about everything. Their double-speak is sickening. Looking at their faces and knowing how cynical they are makes you nauseous. Lying is in their nature. They called themselves Christians, who want peace, who’ve changed, that love is stronger than hate, that we must all reconcile, etc. etc.

And now you can see that we’re in the same place as before. Economically screwed and with no freedom. History repeats itself once again. So let’s beat him at his own game. We can wash our dirty laundry at home, but for sure, let’s not forget to keep strict tabs on anyone who claims to represent our interests.

We’re not the ones who are lost – it’s them.

3 thoughts on “Flipping Off the Ortega Regime ”