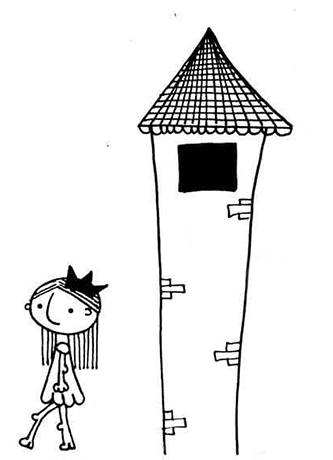 HAVANA TIMES – She wakes up early like she does every day, or rather she wakes up at the crack of dawn. Her biological clock is her main alarm clock every day.

She moves around in the bed a little, but she only needs five seconds to put her bare feet on the floor.

She washes and makes the bed in no time at all. She ties up her long, grey hair, straightened more than four months ago and in a bun so perfect and done so quickly that I end up staring at her and wondering how on earth she does it?

I don’t just admire one thing about her, I admire everything: her carefree attitude to clothes, she’s happy wearing whatever she likes; her ability to memorize every detail, every small action; her wisdom and her gift of almost always being right; her transparency, her light.

While I’m still going round and round in circles in the bathroom, then to the kitchen, and then back in front of the mirror because I’m not sure about the blouse I had planned to wear the day before.

I also don’t like my straight hair, it’s too neat.

I hear the sound of a TV switched on upstairs. I can also smell coffee and the gentle sound of the coffee pot being strained.

While I walk down the stairs, I can hear her armchair move about… that sound is unmistakeable. She always loses her concentration when I come down. We look at each other and I know exactly what she’s thinking: “you’re always the same, old woman, late to everything.”

She was almost always right too, like when she used to tell me to study more, that girls had to work twice as hard to be anyone in this life and that we had to work three times as hard, which afterwards I learned “us” referred to the color of our skin.

Her example inspires me because ever since I was a little girl she was always honest about the reality that castrates and limits our lives a little as black women.

Social barriers have been legitimized in regard to our skin color, hair, features, so we have to make twice the effort sometimes to get what we want. The social system we’ve grown up in turns us into subordinate subjects and creates the false illusion that we need to adapt ourselves to reigning standards in order to earn privileges that were stripped from us.

I have processed this knowledge in different ways throughout my life, but she was the first person to help me understand it, ever since I was a child.

I once asked her why she didn’t shave her armpits, to which she replied: “because I don’t feel like it”. Her reply was sharp, radical and without an explanation, but her tone made me understand that it was best not to keep insisting if I didn’t want any problems with her.

Later, I understood her answer and questioned how used we are, as women, to give explanations for our lives, to reinvent ourselves so we can be like other people want us to be, to give into pressure to stick to the female stereotype, to look for ourselves in images of other people’s bodies in order to be accepted by everyone else.

For example, I became dependent on chemical hair treatments.

Between straightening creams every so often and using extensions, my hair has become damaged over the years. I recognize the fact that it is a lot more comfortable for me to straighten it and that the way I style it now puts me in the comfort zone of what is socially acceptable and “normal”.

I understand that leaving it natural is a form of resistance against the dominant culture that excludes everything that is different, which excludes anything black-related from its beauty standards.

I also form part of this struggle even though I have a symbol of subjugation to these standards on my head, because while I believe Afro hair is a form of struggle, there are also many other ways to fight, which have to do with the many forms of oppression we suffer as black women. It isn’t hypocrisy, it’s self-criticism.

While I understand Afro hair redeems you, straightening it doesn’t mean the opposite and doesn’t remove us from the struggle against gender and racial discrimination.

I always think about the day I’ll stop using hair-straightening products; in the meantime, I am on a path to self-emancipation which I have to take as a black woman.

Sometimes, I’d like to be a carefree and happy girl again. Wanting to go back in time makes me want to relive all those parent’s meetings she used to go to, telling herself that everything was going well so she could tell my mother when she got home from work.

She wasn’t only my mother and father at the same time (in the survival struggle and having to fight alone with her children), she was also an excellent grandmother.

Maybe it was because I had her that I never believed the stories they tell children, the ones which repeat the script of a princess who is rescued by a prince, who has to find real love to be happy.

Her life went beyond these parameters and that’s why she has always been my role model, because she was real and true.

Her story is my favorite: the story of a princess who saves herself and was never worried about beauty standards, the ones that we apparently need to “win over princes”, according to society.

7 thoughts on “From Cuba: The Princess Who Saved Herself”