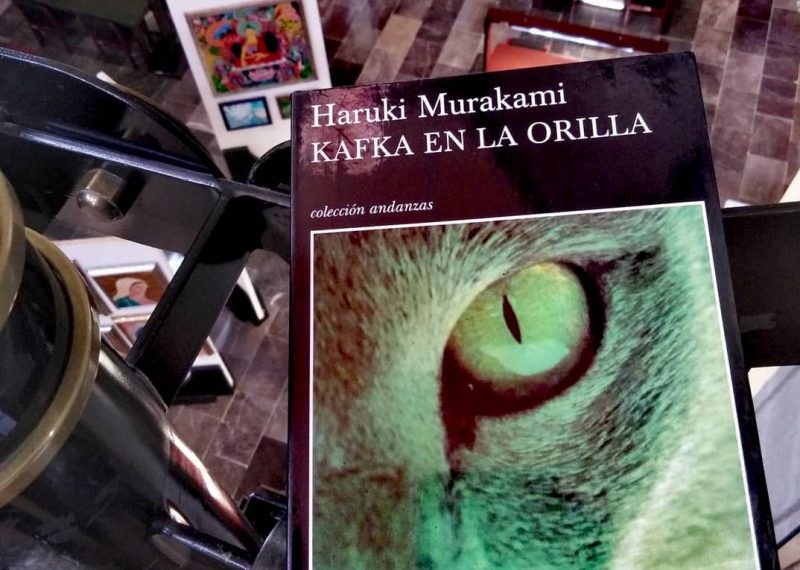 Reading Murakami’s “Kafka on the Shore”. During this pandemic and the resulting confinement, there’s one fundamental revelation: the necessity of art.

HAVANA TIMES – And here I am. It’s 2:09 pm.  I’m 9 minutes behind on my writing schedule. But I’m afraid. Always, when I’m getting into a novel, right around page 25, when I’ve spent several days resolving the story’s logic in my mind and I feel that I have the clarity needed to face the blank page decisively, terror impedes me.

I’m like a dog going round and round chasing its tail and refusing to stop being foolish. I don’t know why this happens to me. So, this morning I’m going round and round the social media networks, stupefied by everything that’s said, that’s denounced, that’s celebrated. Truly, how many worlds we each have inside of us, and how similar we are in our worries and even in our frivolities.

Yesterday I finished reading a very strange but extraordinary novel from one of my favorite novelists: Japanese author Haruki Murakami. It’s called Kafka on the Shore. This writer is a lion-tamer of the imagination. He has an excess of it, but he knows how to train it so that it jumps and does pirouettes at his whim. He creates an urban landscape in cities such as Tokyo, Shizuoka, Nagoya, where implausible coincidences or inexplicable phenomenon occur.

His literary construction is so impeccable that you enter his world giving him the benefit of the doubt, no matter how much incredulousness stirs and demands its place in the reader. His words are a powerful current in which he makes us swim, prisoners of his excessive but brilliant inventiveness. For example, there’s a character who talks to cats. A few pages later, we’re delighted with what they say.

Another feat of the author is to make time his malleable accomplice, or to create living people who have ghosts of themselves. Murakami doesn’t belong to the current of magical realism, and nothing in his literature resembles Garcia Marquez, except for the way that he bedazzles us.

Every year, Murakami’s name is mentioned among the possible winners of the Nobel Prize for Literature. I don’t believe he gives this much importance. The first book of his that I read was called “The Wind-up Bird Chronicle”. The one I’m commenting on now, sat on my shelves without my reading it for a number of years, until just now, the lockdown made me pick it up.

I should mention that his novels can seem so disconcerting for the first pages, as to have you put it down and dedicate yourself to some other. But in this case, I decided to persevere. Last night, when I finished it at nearly two in the morning, I was so moved that slow tears filled my eyes.

I went to sleep with a deep emotion that I don’t even know how to explain to myself. It was the story in the book, but it was also my soul’s homage to a work of art, a leap into the vacuum, a risky literary gamble, a knock-out with a feather duster of exact words.

During this pandemic and the resulting confinement, it’s been made clear that, as human beings, we can survive without much of what we consume. Within the simplicity of the daily routines, time is transformed: the names of the days are replaced by “yesterday, today and tomorrow”. And there’s a fundamental revelation: the need for art.

Reading, watching movies, listening to music, we move further into the thoughtful silence within our own selves. We connect with our humanity, and we are made to realize that contact with beauty, with creativity and the human imagination are essential for that deep quiet vocation for happiness that resists, even amid adversity.