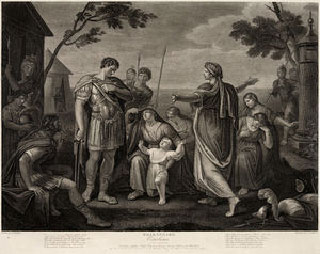 HAVANA TIMES — In one of the scenes of Coriolanus, a film based on Shakespeare’s tragedy of the same name, a Roman general chastises the people for being devoid of honor and for having opinions that change with the winds.

For the first time since the conclusion of the Second World War, neo-liberal globalization is failing at a global scale. Its core, the financial system, began to fall apart in Mediterranean countries and the crisis not only began to spread to other countries, but to other sectors of the economy as well.

While the financial question hasn’t been the most critical in places like northern Europe or North America, unemployment is becoming an increasingly serious problem. The shock wave produced at the epicentre of the financial earthquake continues to spread outwards.

We hear talk of the many causes of the crisis. What’s certain is that the process of reconstruction set in motion after the Great War and the conflicts sparked off by the Cold War, both economic engines, have ended.

Now, the winds are blowing in a different direction and no longer favor the ideas upheld by the Western world for the last half century, and the people who held these ideas are reorienting themselves, as Coriolanus foresaw. The response of some peoples has been to raise the old flag that once fluttered before the Kremlin. The response of others has been to keep the one that flutters in Washington.

Suffice it to cast a glance at Greece and Spain, following the dictates of the Troika, and to Angela Merkel’s Germany. On the other side of this wall of shame, we witness the development of a supposedly renewed form of socialism. Everyone wants to get out of the crisis, and there’s nothing easier than repeating old habits.

People ought not to forget two things, no matter what the trends: 1) Globalization, as such, has demonstrated how effective love – or, to be more precise, reproduction – can be with respect to doing away with ethnic and cultural barriers. 2) The financial systems that have evolved under capitalism, despite the 2008 collapse, have merits that can be salvaged.

If we bear these two things in mind, we come to the realization that today’s problems are of a different nature. Our dependence on oil, the issue of sustainability, are today’s issues, but you certainly don’t solve them in the manner of the space race. Reproducing old schemes when faced with wholly new situations isn’t going to be of much help.

We must understand that we have other options beyond the Bolivarian Alternative for the Americas (ALBA) and NATO.