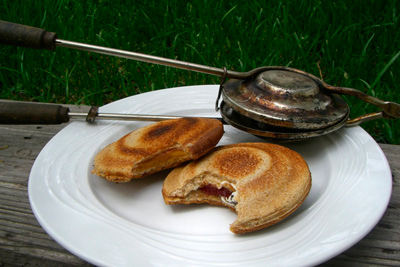 HAVANA TIMES — The much-talked-about agreement to reestablish diplomatic relations between the United States and Cuba has awakened much enthusiasm, but it has also prompted a number of doubts and questions.

In recent weeks, I have read several declarations that tacitly reveal the vehemence of Cuba’s official circles. Some categorically affirm that the “revolution is only now beginning”. Another written declaration reads, verbatim: “The re-establishment of relations between the United States and Cuba is, before all else, fruit of the heroic and victorious resistance of the Cuban people.” Yet others claim – or so my knowledge of the Spanish language allows me to infer – that, following the arrival of the Americans in Cuba, the revolution will last forever.

Under these new circumstances, and as the logic behind this process appears to demand, the unquestionable agreement will not even enjoy the benefit of the doubt from any of the parties involved – that is to say, no Cuban will hesitate, express distrust and much less disagree with this political concert that aims to erase 57 years of conflict in one fell swoop.

Those Cubans who demonstrate any kind of wariness will end up like Cuban artist Tania Bruguera. In her case, as in so many others, her background, awards and international prestige (secured through a solid artistic career) were of no importance. Nor did it matter that she is a woman who has received Cuba’s National Culture Award, or that she is a member of the Association of Cuban Writers and Artists (UNEAC). None of that was worth a crap. Bruguera was thrown head-first into a prison cell.

The new, empathetic face shown by Cuba’s official circles has brought to mind an unforgettable Spanish film, made in the times of Franco by the renowned and satirical director Jose Garcia Berlanga: Welcome Mr. Marshall.

The fact of the matter is that the outcome of that hearty welcome Cuba is giving the United States has yet to be seen. As I see and connect things, I feel it is the end and beginning of many things, not only for Cuba, but also for the way the traditional Left in Latin America and the world has regarded the Cuban revolution in the course of history.

Cuba may cease being the “model” for the “socialist revolution” that it has been for more than half a century, but I don’t dare predict this. We don’t know what repercussions and consequences this new stage in history will bring average, run-of-the-mill Cubans on the island, nor what benefits it will garner for the political and economic elite that has already taken root in the country.

So as not to fry my brains over this, I have decided to prepare myself a popular Cuban snack: a guava jelly sandwich. To do this, I used a guava jelly bar made in Miami that I bought a few days ago at supermarket on Flagler Street, and an iron and wooden contraption made in Cuba sent to me by my friend Gustavo Echeverria. I use this contraption, a sandwich maker, with caution, because, if I were to drop this device on my foot, I would have to be rushed to the hospital.

Once I finished preparing my popular Cuban snack, I started thinking that, though the agreement may be political and diplomatic and its clauses may have been rigorously calculated in advance, it was nonetheless arrived at in secret and without consulting anyone.

I believe that, today more than ever, Cuban civil society must find a space to implement new civic formulas and agreements, and that this may need to start with a strong embrace that speaks to a new unity and composure of the two Cubas.

Cubans don’t need a re-establishment of diplomatic relations. They need a definitive reconciliation, something very similar (though this is merely a culinary metaphor) to the way in which guava jelly and bread fuse together when inside a rustic sandwich maker.
—–
(*) Jorge Dalton is a Cuban-Salvadoran filmmaker.

8 thoughts on “Guava Jelly Sandwiches and the US-Cuba Agreement”