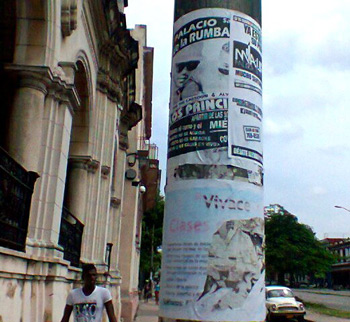 HAVANA TIMES — The Cuban capital is being invaded by a new form of pollution that spreads quickly and causes much damage to the city’s appearance. I am referring to the many flyers, in black and white or living color, that are posted wherever there is room to do so. Through these, Havana is practically being sold piecemeal.

The city has become the victim of a mad, somewhat wild form of “marketing”, whose concrete manifestation, I say without hyperbole, are perhaps millions of printed flyers offering houses, furniture sets, tickets to a concert (whose star is often a young musician looking for exposure) -in short, anything from an ice-cream dispenser to the repair of a household appliance in one’s own home. 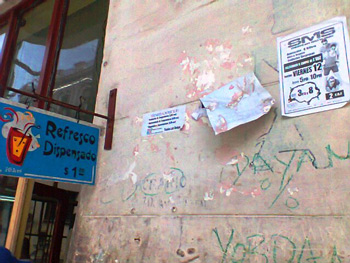 The cause of this new plague of information are people’s commercial interests, introduced into the neuronal mechanisms of a high percentage of Cuba’s population years ago – and, given the population density in the island’s capital, the situation has become alarming. Almost everyone wants to sell something in Havana.

The spread of this new disease is encouraged by digital means, capable of printing advertisements en masse and of giving quick expression to the imagination of Cuba’s new entrepreneurs. 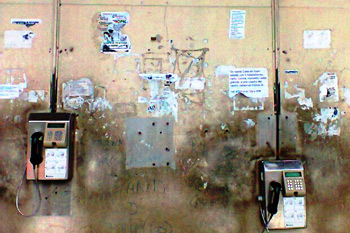 The preferred places where these devilish flyers are left are next to public telephones, on bus stops and at the entrance of a shopping center. If no other space is available, even street lights are used. The number of noxious organisms is so large, and the vehicles for their transmission so many, that there are simply not enough spots where the many ads can be posted.

When I say “vehicles for transmission”, I am not being metaphorical. The fact of the matter is that the people who post these ads are paid to carry out this mission: they receive money from others or do it independently. 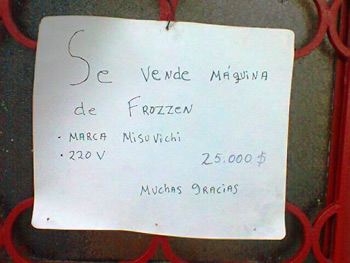 When it comes to the transmission of this new disease, there is no shortage of ill-intent: flyers can be placed on top of others, annulling the effects of those thus covered up. Sometimes, the “vehicle” tears the ad in question angrily, especially when it is from a competitor, killing two birds with one stone: eliminating the competition while advertising their own product.

I want to remind you of my previous comments as to the key areas where these ads are posted, and the fact these have spread to all spaces where the flyers can be left behind. Don’t forget that, at these key locations, printed ads tend to multiply, some kill others, in short, they grow like a tumor, hungrily taking up more and more of the surrounding space. 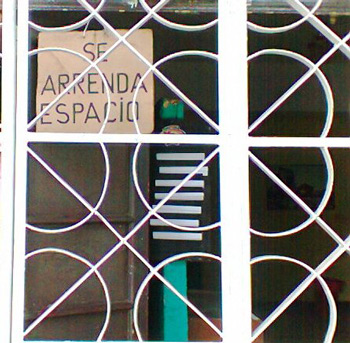 Lastly, a new mechanism by which the flyers that would sell Havana piecemeal is spreading has becoming truly alarming. I am referring to the flyers that are handed directly to pedestrians by people hired to do so.

It is clear that people don’t have enough money to meet their basic daily needs, that the rules applied to licensed businesses are tough and that one is forced to use an easy, direct and cheap way of advertising (be it an apartment, a furniture set, computers, etc.). At this pace, however, I fear that we will soon run out of things to sell and that, worse still, we will enter into a vicious re-selling cycle, a veritable economic cancer.

Morally, it is difficult to condemn those who make an effort to overcome the obstacles that our tough reality has imposed on them, but the harmful effects these practices have on the city are undeniable, and garbage collectors have more and more work to do every day in Havana’s litter-covered streets. 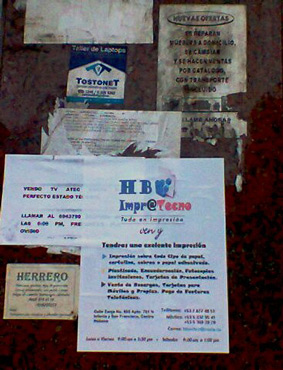 To continue speaking in epidemiological terms, eliminating the plague means to eliminate the businesses of thousands of people, something tantamount to genocide. The alternative, thus, is to eradicate the cause of the plague, a difficult task, because it entails political decisions aimed at offering Cubans economic freedoms that are today highly restricted.
—–
Therefore, the flyer epidemic continues and will continue to spread, attesting to a city that is being sold out, bit by bit…through bits of paper.