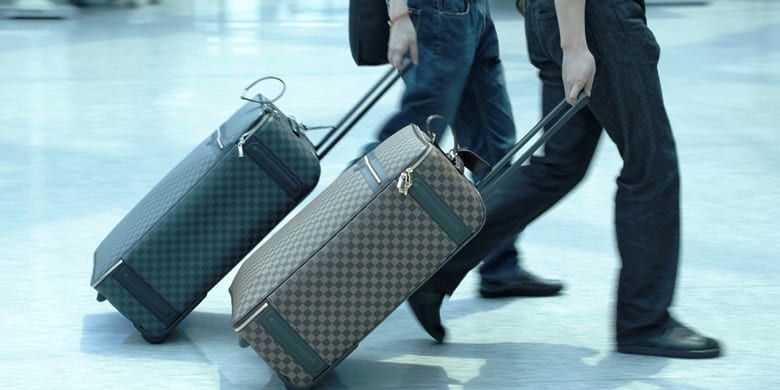 HAVANA TIMES — Anyone who feels the need to emigrate knows that it is a built-up mental and physical process which begins because doors are closed in their faces and there are constant hurdles.

You become exhausted, you can no longer visualize your personal and professional future, you want to be reunited with your family and/or your material dreams are out of reach. The government’s leftist discourse we’re fed makes us overcome with weariness, because we know it’s an opportunistic lie which they conveniently say in order to always be the ones at the helm of this national ship.

In Cuba, disappointment invariably comes with the country’s youth, every one of them with their frustrated life projects and they take a look at the past where it was the same and try to find a solution. Problems that are similar in the past and present are added to the constant “you can’t do that” because the Revolution bla bla bla or the Revolution isn’t bla bla bla, for so many years, and you begin to think about leaving.

And one day during this process, which becomes your obsession, a moment comes, the key moment, when chance puts something in front of you so you can open up your eyes to reality even more. These are the stories that travel from mouth to mouth because there are exceptions, because we know they exist even though we haven’t all seen it, and they are the climax of every personal decision to leave.

Mine came before the turn of the century, during the worst financial crisis Cuba has ever experienced, people say. It was terrible in every aspect. The country was living in Dante’s hell, which was the result of poor management, and there appeared to be no future for anyone. Not over there or on a distant horizon could one see a time which would be able to satisfy ordinary Cubans’ with wages and willpower (today the apartment is the same).

So going back to my story, I was in a hard currency store, where they used to sell everything and there wasn’t any kind of crisis. It was called Casa Verano Boutique, in the Miramar neighborhood of Havana. I went to see a university professor of mine with a friend from my teaching degree. Everybody loved that professor and he had recently lost his mother. He just so happened to live a few meters away from this store.

After our visit and dying of heat because he didn’t have electricity in his home to put on the fan a little when we were there, we talked about going inside the air-conditioned store because it had a power generator that used to make the whole block vibrate when it was switched on. We went inside and looked at things, hungry and talking. We dabbled around and bought time so that we could cool down even more. Calmly, and with our bellies rumbling, we went up to the second floor (it’s a very luxurious, air-conditioned house with a grand staircase), and we walked past the shoes, purses, suitcases etc. section, which was right at the top of the staircase. It was the coolest place in the store.

That’s where we were taking in the cold air, still hungry, when two guys came and told us to move out of this section without a please or anything of the kind, it was rather an order. We left. Suddenly, I hear and see some young Cubans like us coming up the stairs, but they clearly had a different economic status. They entered with these two guys and another one who stands outside the store entrance. There were four of them, two women and two guys, with their three bodyguards. They were all Cuban, but from another planet. I will dare to make a guess and say that they were some general or generals’ children or even Fidel’s or Raul’s own kids. And they suddenly had everything available to them.

I wanted to watch, so we sat on the stairs blocking the way. Other people watched them too. Those four were there for half an hour easily (like I said, the store was in a house so that section was a 5m by 6m room, and they chose and tried on everything they liked and two sale assistants bagged everything up for them.

I can tell you they chose some items, at least six or seven things each, I can’t tell you what they got though. However, the thing that really struck me, and I was paying close attention to everything so I didn’t miss it I swear, was that they didn’t take what they had chosen to the cash register. They never paid. They finished getting what they wanted, they opened the door, they left and that was that.

The sound I remember from that time was that every single one of them was pulling along a suitcase, with no care in the world like someone who lives in their own little bubble, and they were bumping and hitting every stair as they went past in rhythm. They were happy and our hungry faces were left out of sight.

Less than an hour before, the teacher we had gone to see was laying in his bed sad, depressed, without food, with no light in his little box room. He lived in a large house that had been separated into many different “apartments” and there was a family living in each and every one of them. There wasn’t any light even though it was daytime, his room is on the inside of the house so it didn’t get much light. If he didn’t have any electricity, he couldn’t do anything and in his current state, he didn’t want to think, he just wanted to be. This was a great teacher and he was a great human being, I’m not sure whether he’s still alive today, he must be.

Then an hour later, we saw this happen and then two hours later, the electricity was back on so we could all see a so-called speech, on prime-time TV, which spoke shamelessly about equality and especially about abstinence and this was the bullshit hypocrisy that pushed me over the edge.