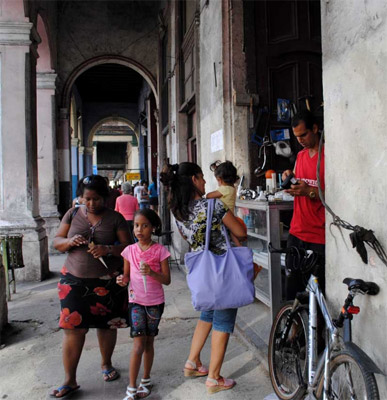 HAVANA TIMES, Feb 22 — To comment on what a friend says always means running the risk of hurting feelings and harming the relationship. That’s the situation I find myself with respect to [Cuban-American businessman] Carlos Saladrigas and his recent statements to EFE.

In these he talked about his trip to Cuba and the role that, from his point of view, should be played by Cubans of the diaspora (some of whom were exiled, others who immigrated, but almost all of them banished) in what he perceives as a situation in motion.

Saladrigas maintains (according to EFE) that Cuban émigrés must “get on the train of change,” since the country is changing. He holds that “if one hopes to influence the situation or be part of the solution, we must be part of the process.”

To do this, he says, we must look beyond “the tarnished past and dream together.”

I agree with him almost 100 percent. I think his proposal is morally commendable, politically advisable and I would say impeccable from the standpoint of formal logic.

It’s only that, like with other things I’ve discussed here before, I have a few reasonable questions that I would like to share with readers and with Carlos himself, and especially one major question. 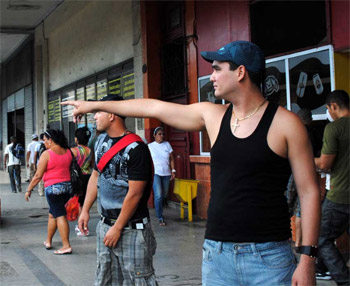 How I can I get on the train of change without having to ask for absolution from the drivers?

Therefore, when we talk about the rights of emigrants, we’re not talking about something secondary; rather, it is central – and I would say strategic. This is something known by the Cuban government better than anyone else. 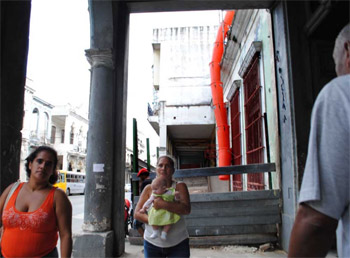 The Cuban government provides no role in the nation’s future for the vast majority of emigrants other than their continuing to provide money, be this in the form of sending remittances to relatives or forking over hefty payments for consular services.

It considers them a silent majority that loves their flag, dances salsa, adores their historic forbearers and pays on time. These are good emigrants…provided they don’t protest.

But even when some of these immigrants protest or think critically, but cannot be included among the ranks of the “Miami mafia,” the government chooses to disregard them as if they didn’t exist.

Seeing in only Black and White

This is because the Cuban government does the same with regard to immigration policy as it does in the interior of the island. The only thing it knows how to do is to operate with polarized groups that have adopted extremist viewpoints. 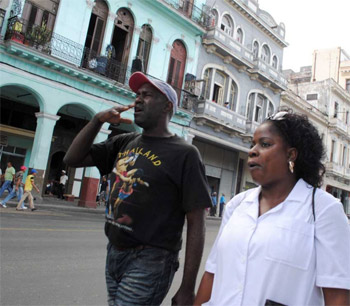 As I have noted previously, it recognizes only two political stripes: ones that are sharply polarized, since a polarized perspective is the government’s small-minded vision of the world.

The first group is made up of a minority of Cubans who have a privileged immigration status and whose political preferences are close to those of the Cuban government.

They hold them so close that I always look at them with pity. I can only imagine how these individuals must suffer in their adopted environments outside of the political system that they believe possess infinite virtues while they’re simultaneously subjected to the capitalist order that they so despise.

According to official ideology, this first group constitutes the “patriotic” sector of emigration. Its members are therefore participants in the meetings of “Nacion con Emigracion,” veritable summits between some of those who immigrate and a government of dubious legitimacy. 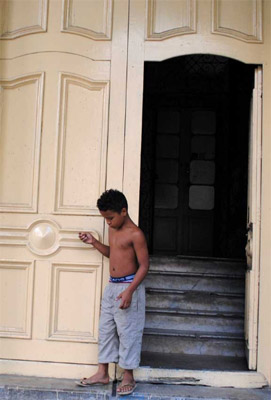 Some of them are also thugs organized by the Cuban embassy to suppress or undermine public meetings held overseas that oppose the Cuban government.

The second group, the counterbalance of the first, is comprised of those people who hold positions in harsh opposition to the Cuban government, either calling for its violent overthrow, opposing any contact or negotiation, or supporting punitive actions by the US (such as the blockade/embargo).

Their demonstrations in the streets of Miami — particularly if these are violent — are presented as the typical political rallies of these opposition émigrés.

Their leaders and spokespersons are the abomination that the Cuban government selects for showing the island’s population what kind of future awaits Cuban citizens if the current political class disappeared and people’s fate were to remain at the mercy of exiles.

The Cuban government manipulates these two groups, producing highs and lows at its convenience.

For a long time, major academic figures in exile were seen as “class enemies in the service of imperialism.”

In some cases these figures were presented as agents of the CIA, and when mass delegations to the Latin American Studies Association (LASA) were organized, the participants were instructed to be careful about making any contacts with them and to report any of their misdeeds.

Some of these figures have benefited to a certain degree of access to the country by virtue of the direction taken by Raul Castro’s “updating,” of the Cuban model, be it the political alliances that the government has had to make with the Catholic Church or from the economic and institutional positions they hold.

This is something I celebrate and for which I congratulate them. They can indeed “get on board the train of change.” Viewed from a positive angle, this is better than nothing.

Who Can Ride and Who Can’t

But if we consider the selective nature of this very modest opening, we need to ask at least one thing: Who is Saladrigas’s urging “to be part of the process” directed to?

My dilemma, and possibly that of many Cuban immigrants, is clear: I have no money to invest, nor do I hold an important institutional position in the United States, nor does my assessment of Cuban politics permit me (morally or intellectually) to hold a less critical assessment of the Cuban system and its updating by the general/president. 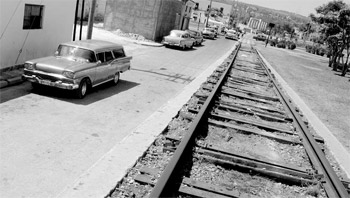 I am not a Catholic, therefore I’m rightly not invited to their retreats, nor am I prepared to greet the Pope (who is someone I don’t believe I would greet even if I were catholic).

I cannot offer the Cuban political elite anything of what they seek in “updating” their battered model or helping it to function. To top it all off, though I think they have to be negotiated with, at the same time I think they are a major part of the problem.

If this is so, how could I act as a part of the process?

Carlos would obviously say, and quite rightly, that he has no answer to this dilemma. In fact, when he was talking about participation, he was referring to a different type of people.

These are probably his own business sector, whose members would likely be forgiven by the Cuban government in exchange for urgently needed investments, political support to finally end the absurd 50-year-old blockade/embargo, and to obtain access to the United States market.

If that step is taken, I will applaud, because everything that opens a window in the rarefied atmosphere of Cuba is positive.

But keeping in mind that here on the half an island where I live [Dominican Republic] — without capital and as a leftist, an agnostic and a freelancer — I will have to wait for something more to satisfy the reflection of my friend Carlos Saladrigas, who stated: “We Cubans abroad are part of that country (…) We have the right and duty to play a role and to contribute to its future.”

And you, dear reader, how do you imagine jumping on the train?
—–

(*) An authorized translation by Havana Times (from the Spanish original) published by Cubaencuentro.