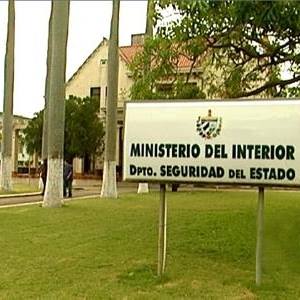 HAVANA TIMES – The following account by Cuban journalist Luz Escobar (14ymedio) demonstrates, once again, the way in which the Cuban State Security works to threaten, torment and annul the independent press and its reporters.

It is chilling; and similar methods are being used in several countries of the continent, if not the world. Attacks on the press and journalists in Venezuela, Nicaragua, Colombia, Brazil and Mexico are some of the ones we cover frequently in Havana Times.

We recently published some testimonies of Central American migrants and, interestingly, they tell similar stories: “If you do what we say, we will leave your family alone, and if not…” Give your daughter to a gang leader who wants her, or a son to integrate the gang, otherwise “we’ll kill you and the whole family.”

In North Korea, when the government considers someone a dissident or critic of power, they usually pick them up and the whole extended family to intern and reeducate them, if they survive.

In short, it is a cowardly style since they have no arguments beyond their motto, their poor ideology, “might makes right.” This, sadly, is how Cuban State Security operates.

‘Tips’ From Cuban State Security for a ‘14ymedio’ Reporter

Citations from Cuba’s Ministry of Interior always leave many questions. What will it be for now? What do they want from me? What should I do when I face them? What to answer, what not to answer? Yes, because there are accusations it is better not to respond to, not to offend, such as when they insist that we independent journalists work “for four pesos,” not like members of State Security who do so for the love of their country.

This time there were two officers, but only one spoke while the other wrote in his notebook. I have never felt obliged to describe one of these individuals before but this time it is very necessary. I look into his eyes when he speaks and he holds his gaze, he is thin, of medium height and has a face like thousands. He dresses correctly, well ironed shirt, polished shoes and wears an engagement ring on his ring finger.

I see conviction in everything he expresses and note, in every word he says, his hours of study and preparation. He smiles when he feels it necessary, he seems sincere — or so he wants to be perceived.

For almost two hours I listened in silence to his opinions about the journalistic work of the media that he called “alternative,” along with his recommendations on what is the best way to do journalism in today’s Cuba. He says that I prepare well for these interrogations because “I always have the same attitude.” He does a bit of theater and tries to imitate me: “I don’t know what’s wrong with the work I do, I think it’s very necessary,” he said, putting on a high-pitched feminine voice.

However, after the friendly start they went on to show their arsenal. The weapons they have against us, the independent journalists who work in the field, were put on the table, all shown one by one, sharpened there, in front of my face. He spoke first of Decree Law 370, then about a regulation “related to behavior in public,” and, finally, of the ‘usurpation of legal capacity’*, “because you are not a journalist because of the many courses you have passed,” he told me.

The official, who identified himself as Jorge, once again questioned my presence at the march of the LGBTI community back on May 11th in Central Park, “the impact” of the publications I post to on the networks, some of the articles I write for 14ymedio and even my daring to “violate a security cordon” when the Spanish royals visited Havana.

He also explained to me that it is not correct to make audio recordings or take images of the cordons they establish to prevent me from leaving my house when there is “an important date” so that I cannot “influence,” and so that the activities and celebrations they organize can be carried out in peace “for the enjoyment of the people.”

That I should think of my two daughters “who have a future ahead of them” and also of my father.

In a flash he reiterated an old proposal: the “ideal” would be for me to ask them for permission every time I want to go out to practice journalism; by doing so my life would become a paradise in which I would not lack anything and I would have a lot of tranquility.

The real objective of the conversation was that: let’s reach an agreement so your daughters and your father will be safe. They assure me that I don’t have to give up my principles, as if my freedom were negotiable.

In 14ymedio topics are discussed, taken to the editorial board. Nobody dictates an agenda as this officer asserts without blinking. He was very critical of the newspaper’s editorial line because he says it responds to the interests of a “change of government” in Cuba.

When I get home, my daughters are waiting for me, hungry. I look at them without saying anything and I wonder if what I do is good or bad for them. So they can sleep peacefully, I don’t tell them anything about that conversation. I don’t want to disturb them with the evil that is on the other side.

*Translator’s note: “Usurpation of legal capacity” is the term used by the Cuban government to define the criminal act of practicing a profession one is not officially licensed to practice.