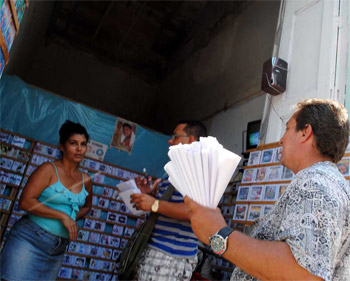 HAVANA TIMES — She was one of many old señoras selling peanuts in Havana. But what caught my eye was her appearance. She looked as if she had been educated in the humanities, or something similar. But I was wrong – she was an engineer, with over 25 years of experience at the time of her retirement.

In her words: “I’m not against the regime, but a week selling peanuts brings me in more money than my monthly salary when I was working, not to mention retirement. Here, it’s not worth studying.”

I tried to interview her but she refused.

All she said was, “Hey, I’m just one of many. I know a couple of retired doctors who make their living selling peanuts too.”

Then she quickly added: “But hell, in other countries it’s worse. Look at the unemployment in Spain – 25 percent! There are people my age over there who don’t have the flimsiest safety net. At least here I have my retirement check.” 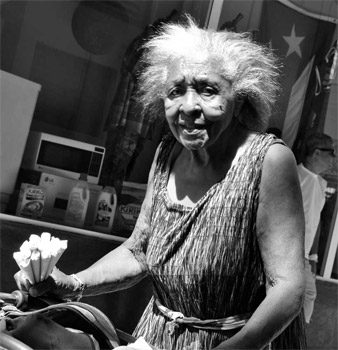 Firstly: Her response was politically correct. This woman didn’t know me or my intentions, nor did she know the consequences of what she was saying to me. Just in case, it was better to make her position crystal clear.

Secondly: It’s true. The economic crisis has left many Europeans in an unenviable situation. In Spain, the jobs that up until now were carried out by immigrants are now becoming highly prized among native-born Spaniards.

In the end, our government will have all due reason to acknowledge the world crisis.

On the one hand, it helps to support its worn-out excuse concerning the blockade, which justifies the state’s ineffectiveness.

On the other, how the hell can we complain if the rest of the world is in the same situation – and in many cases worse?

8 thoughts on “In Cuba, It’s Better to Sell Peanuts”