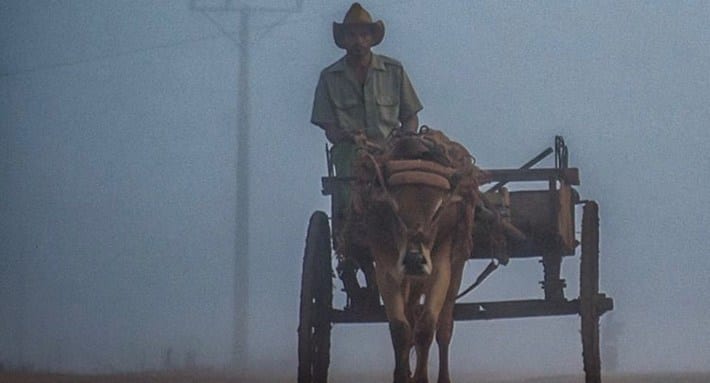 HAVANA TIMES – On June 27, the Cuban government announced a set of economic measures meant to address the country’s delicate socioeconomic situation. Here are some of the ideas being discussed:

Some are very specific measures, while in other cases they are areas in which various proposals are being analyzed.

The announced transformations have indisputable merits. In the first place, the salary increase applied to the public sector is accompanied by other structural measures aimed at increasing supply and improving the internal integration of the economy. Also, several of the modifications point to two of the most lagging areas of the reform: exports, which are key to a small economy; and the state enterprise.

On the other hand, the links between the public, private and cooperative sectors are promoted, which is a step in the right direction.

During the presentations, the idea that the economy will gradually move in a direction based on economic-financial mechanisms, which will replace the administrative guidelines, was highlighted. The role of the financial system, and the centrality of exports, was also highlighted, and the idea that even greater changes in the planning and management of the economy should be expected.

However, it is difficult to evaluate the announced proposals in full since there were no details offered. In most cases the intentions are good, but it is in the implementation where the game is decided. Despite this, some specific cases merit a preliminary analysis.

The increase in wages in the public sector is, in the eyes of the average citizen, the most far-reaching measure. The new amounts represent a not insignificant increase for the majority of the beneficiaries, taking into account the starting point.

It was announced that the decision presupposes budgetary resources in the order of more than 7 billion pesos, which result in an average increase of almost 400 pesos per employee, although the salary differentiation is extended within the measure.

To put it in perspective, that figure constitutes 10.7 percent of the total planned budget expenditures for the year 2019.

However, its success depends on a productive response that seems difficult to materialize. Regardless of the intentions and wishes of the decision-makers, the only guarantee that it effectively improves the welfare of the beneficiaries lies in an increase in the supply of goods and services in a proportion similar to the movement of demand. This change not only has to correspond in magnitude, but in its structure. That is, products that citizens want to buy with that additional money must be offered in greater quantity.

Here lies the greatest challenge. It is clear that supply in Cuba is noticeably stagnant and that delays the reaction to changes in demand because of a wide range of restrictions, ranging from the functioning of companies to the availability of resources. The nature of domestic production processes determines that a portion of these resources are imported, a feature that will not change in the medium term.

The supply could also increase through the importation of final consumer goods, but the current situation in the balance of payments does not anticipate an appreciable increase in these. In short, the dynamics of supply is conditioned, to a large extent, by the availability of imported supplies or consumer goods, which require foreign exchange. Although a collapse of Cuban trade is not occurring as in the 1990s, the external financial situation does not anticipate such a process.

The calls to maintain prices at current levels directly contradict the deployment of economic mechanisms. The market, which always acts under a specific regulatory framework, operates both for supply and for demand. If the offer does not increase, the price increase is the inevitable adjustment mechanism. Its negation means that other equally negative processes such as scarcity, long lines or the black market are triggered.

If you have to choose between these two paths, the market is an incomparably better alternative, because it offers transparency. You know how much prices increase and that information is accessible to all agents and decision makers. This gives an idea of the delay of the offer. The additional resources temporarily available to producers would allow them to invest in new ways to increase production, which would act to moderate prices.

Unfortunately, this last link is the one that is broken in the Cuban context. This is due not only to resource constraints, but also to institutional rigidity and administrative prohibitions. The expansion of production involves the purchase of products and means of production, which as a rule are not available to producers. There is also the misperception that this temporary increase in profits is negative, because it is understood that it is not legitimate. It is not credible to think that economic mechanisms can help us increase production and stop acting in other spheres. And this does not include the even more complex discussion about the accumulation of wealth and capital.

If we want to unleash a virtuous process of growth, we must admit that a certain level of differentiation is inevitable.

The problems faced by the Cuban economy, briefly described in the explanations of the decision makers, are well known, and have been profusely analyzed in the central planning models and studies. The centralized allocation of resources severely weakens the horizontal relationships between sectors and entities of the economy: the export sector and its suppliers, state and private sectors, foreign and domestic companies, among others that could be mentioned.

This is accompanied by the almost total substitution of the economic-financial mechanisms by their corresponding administrative ones. The passive role of prices and other financial categories deprives the economic system of the signals needed by its agents, including the government, to make timely and agile decisions that are coherent with the improvement of efficiency. These and other distortions that are generated actually reinforce each other and result in a seemingly inexplicable phenomena such as the “import mentality,” the coexistence of scarcity and idle capacities, or the cancellation of incentives for hard and innovative work in broad sectors of society.

The weaknesses of the model that generate delays, shortages and lack of opportunities are not fundamentally the result of the isolated actions of unscrupulous citizens, or “unqualified cadres,” or less creative entrepreneurs. These behaviors respond to a socioeconomic environment that has shaped them for decades. It is true that the U.S. sanctions significantly reduce the development threshold of the Cuban economy, but it is also true that many countries that were not subject to pressure of this magnitude failed miserably, including some with practically infinite resources. We don’t have to look to Eastern Europe, China and Vietnam are clear examples.

For the sake of the more humble segments of Cuban society, it is desirable that the announced plans be successful. More importantly, though, I hope it constitutes the prelude to a more radical transformation of the economic model that offers greater shares of prosperity.

Unfortunately, you have to tighten your belt to unlock decisions that have been postponed numerous times. The fact is that gradualness often brings problems that are sometimes more serious than those it intends to avoid. This has been shown to be the case over the past decade.

10 thoughts on “Is Cuba Undergoing A New Path or a Tactical Adjustment?”