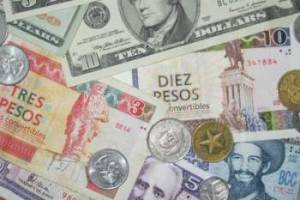 HAVANA TIMES, August 18 — “Baro has disappeared,” repeat Cubans, implying that not as much money is circulating as before.   They note that you can no longer sell anything at any price because people deliberate much more before making purchases.

It’s true that less cash is changing hands in the streets, and perhaps one of the principal causes is a certain contraction of the black market, the income source of most of the fortunes that have existed in socialist Cuba.

You don’t even have to leave your house to verify this.  There has been a marked decrease in the number of vendors who come by knocking on my door daily hawking cheese, ham, powdered milk or canned tuna – all stolen from government warehouses.

It’s also true that their ranks have been augmented by others selling avocados, blackberry pies or homemade brooms.  Still, the activity of these self-employed individuals doesn’t come close to the whopping sums that circulate on the black market.

It’s not that “bisne” (business) has disappeared; rather, it has decreased.  If previously one could immediately get any quantity of house paint, now it’s necessary to request it ahead of time and settle for whatever color surfaces.

The reason seems simple.  Investigations now point upwards to the top of the chain of theft – to corrupt managers and administrators.  This has a preventive effect, because convictions are made public, creating fear among potential criminals.

For too long a time the police devoted their energies to going after workers who pocketed a handful of cigars at the factory, but now they’re directing their efforts toward managers who steal entire cargo containers to sell outside of the country.

It’s true that there remain workers who “resuelve” (do what’s necessary to resolve) their essential problems in order to survive, but their crimes have much less of an economic impact.  Moreover, many people believe that such actions are morally justified in a situation where wages are insufficient to meet the cost of living.

More ways to spend their money

Another of the factors that could be influencing the lack of money in circulation is the access of Cubans to a greater range of goods and services.  For years they could buy few consumer goods, spending their earnings on food, clothes, beer and cabarets.

Things have started to change.  They can now enlarge their house, check into formerly foreigner-only hotels, buy cellphones and purchase home appliances.  In addition, it was announced officially that soon they will be able to buy houses, automobiles and go on vacations…abroad!

For decades the government concerned itself with the excess money in circulation.  The ministries came up with thousands of formulas for absorbing this surplus, such as increasing the price of rum and cigarettes, but the amount of money involved was such that those measures were barely drops in the ocean.

As if this weren’t enough, independent work is now being promoted whereby many citizens have invested part of their savings or have gotten their families to chip in to help start their own businesses – the numbers of which have tripled in less than one year.

On 5th Street in the Havana neighborhood of Casino Deportivo, three restaurants opened recently on the same block.  However the result of such growth in purchasing alternatives has reduced the profits of those who had businesses there prior to the recent economic opening.

I have a friend who plans to emigrate because the monthly revenue from his cafe decreased from $2,500 to $1,000 (USD).  He has employees but his wife explained, “The way things are going, we’re going to have to start working.”

They serve cartoons of food, pork or chicken; along with rice, a root vegetable and salad.  The customers are workers from the area who had constituted a “captive clientele” until dozens of other diners opened up in the neighborhood.

For decades self-employed work and consumption were restricted, as the nation’s leaders feared the birth of a new class.  The new situation now demonstrates that is was those very same restrictions that facilitated the enrichment of a few.

Ultimately a new class emerged, but this occurred before the reforms.  Curiously, it was made up of government managers, those who carry their Communist Party membership cards and their credit cards in the same pocket when they travel abroad.

An authorized translation by Havana Times (from the Spanish original) published by BBC Mundo.