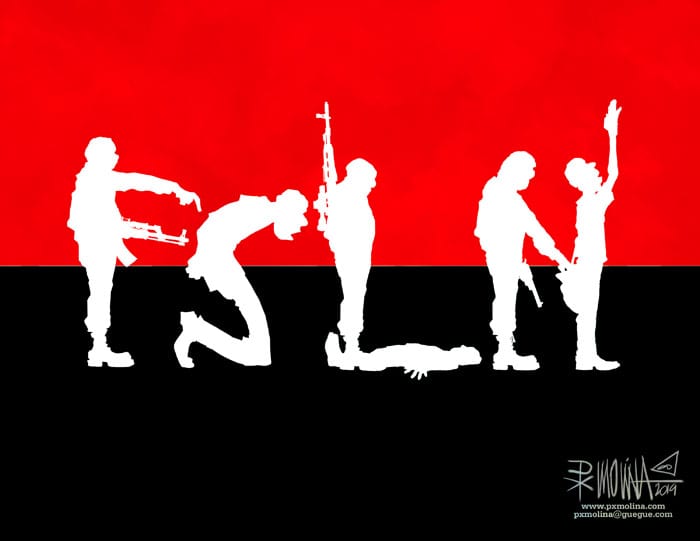 HAVANA TIMES – Militancy is the attitude, the activity and the ideology which determines the presence of a citizen in a political party, union or church in a conscious and willing way, always after the materialization of an objective, be it political, economic, social or religious.  Those objectives give a political and social identity to the citizens who exercise their militancy. This loses its meaning when it is exercised without will or consciousness.

Both concepts—consciousness and willingness—don’t exist equally in all parties, unions nor churches.  The reason is that not all organizations apply to its fullness certain kinds of discipline, methods of struggle or kinds of activities, because each organization is different, according to the objectives it pursues and the interests it represents.

Some organizations are open, others are closed.  In any case, it depends on the type or character of the organization, the social interests it represents, the objectives it pursues and its ideological orientation.  A political party does not have the same interests nor objectives as a union nor does a church practice its rites and beliefs the same way a party does.

However, when an organization betrays, undermines or confuses its own legal, ideological, political or social nature, they start to look alike: a party can seem like a sect (when it practices sectarianism), a union like a party (when it gets involved in politicking) and a church like a political party (when it becomes the ideological arm of those in power).

In the beginning, the FSLN was an armed party and it has returned to being an armed party during these last years, especially now.  During the intermission, when it was in the government for the first time, to obtain militancy, the candidate had to pass very demanding tests of a military nature and in the political one had to perform with discipline, loyalty to the revolution and demonstrate ideological political capacity to defend it.

In the present, these demands to be a militant are now history in what they still call the “Frente Sandinista”, and in the current crisis it returned to being an armed party for repression and driven by personalistic interests, non-revolutionary conduct, diluted ideology, full of seekers of public bones, devotees of the strong-man figure and obsequious servants of a family.

Under these deformed and deforming conditions of militancy, ethical and political demands have vanished, and the “party” is seen and sought as a beehive from which “the honey of power” emanates, which is easy to enjoy by only being willing to serve, no longer as a willing and conscious militant, without having to carry out any physical or intellectual or creative work, but to serve the dictatorship in whatever it may be…

If anyone has doubts about the Frente’s Kafkaesque metamorphosis, they just need to ask around in the neighborhoods how does one become a militant and the confirmation, more or less, will be the following:

Someone who operates under the mandate of some “political secretary”, comes up to a humble neighbor with a roll of applications, lists to be signed.  Later, dialogue begins between recruiter and the candidate:

And this…what good will it do me? (asks the “candidate”)

So they give you your membership card…

And, what do I do with that?

So you can take your children to the health center, ask for help to repair your house and if it isn’t yours, so they can give you a plot of land or get a job for your children…

Just for signing this paper?

Just for that… and when you become a militant, you will have the right to be invited to party activities…

Total absence of principles in the search for gullible people.  It is possible that not all sign, and that the one who signs is left with the illusion of being able to get “something from the party”, by going to a “meeting” (rally).  Their signature will serve to inflate statistics which will reflect in public how many people are in the “party” to continue with “the revolution”.

Military and to be a Militant

Military, as an adjective, is a member of an armed corps, different from the verb to be a militant of a party or a union or to say, to remain active within an organization.  To be a militant of the current FSLN, be it conscious, willing, dragged in or for opportunism, can also turn you into a military soldier of Ortega’s paramilitary forces, whose mission is to carry out repression against the youth and the people in general.

Political formation, political ideals and ethical principles are far from the activities of a current militant of the Ortega party.  The motivations are fanaticism, servility towards the dictatorial couple, fear of losing a gained privilege, the possibility of obtaining easy money and favors from a conceited opportunist in the bureaucracy of the “party” in government, of the Police, Army, National Assembly and even in the clandestine organisms of repression and espionage.  Paramilitaries and the activities of the “sapos” or “orejas” (Ortega supporters and informers) against the self-organized protestors depend on any of these organisms.

This is well known: the military are members of the National Army.  The current activity of the Army’s leadership is hidden behind the concepts of impartiality and professionalism, but it gets along well with Ortega and ignores its constitutional duty to protect the people faced with police repression and to disarm the paramilitaries.

Besides not complying to disarm Ortega’s political army that operates as a third armed corps beyond the constitutional armed forces, General Julio César Avilés, is Daniel Ortega’s accomplice for having accepted the violation of the Army’s hierarchical structure to get reelected into his position as head of the armed forces.

Everything indicates that the military—from soldier to general—are acting behind the people’s back which, in fact is the same as being against them.  And this has been the case since the crisis began on April 18, 2018.

The Army has not yet made any pronouncement about the social, political crisis and has not stopped or condemned the massacre.  And if it took no preventive or combative action in regards to the alleged “attempted coup”… it’s because its leaders know that it’s just a crude government lie!

Besides, they also know:

-No political nor economic factor, no matter how powerful it may be, local or foreign, is capable of mobilizing thousands of unarmed people in huge demonstrations, without previous organizational work of months or years.

-Nor could they’ve done it with objectives foreign to their own popular aspirations for freedom and democracy without corruption or the individual whim to become an everlasting power.

-No foreign factor of power could raise a political movement like the Blue and White, with unarmed citizens, patriots, courageous in the face of persecution, repression, prison and death… for a despicable pay in dollars or any other currency!!

-The military knows, better than anyone, the reason why citizens took an ethical attitude in the face of all danger: to put an end to the dictatorial regime of the Ortega-Murillo.

-If the members of the patriotic Blue and White movement didn’t have any patriotic reasons to expose themselves before Ortega’s cruelty…they would’ve been exterminated with a few days of repression!

They are driven by fundamental reasons.  Most Nicaraguans struggle for a future democratic government, a Police and Army respectful of the Constitution and the laws of the republic…for a true republic and not this cruel and ridiculous caricature of a monarchy!!