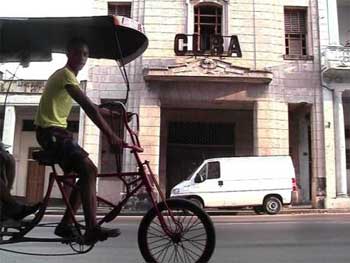 HAVANA TIMES — Nationalism has always been the ace in the hole of Cuban political culture, which is logical: that’s the typical reaction of a small society facing immense external challenges.

This has endured since the times of Spanish colonialism (which deployed the most powerful colonial army on the island in its history) to the period of intervention by the United States, whose imperialist vocation for the island has always been a love-hate relationship.

Likewise, when the revolution came to power in 1959, this raised the matter of nationalism to an unprecedented level: it was seen as the repository of a secular patriotic demand.

In subsequent years, when there was no revolution, nationalism was institutionalized and used as an ideological resource inherent in the system of governance.

Moreover, since everything was done with the invaluable assistance of hostility on the part of the United States, all of the complexity of the issue was reduced to one maxim against American interference: Anti-Plattism.

If I’ve been taught by anything over my travels through the worlds of ideas, it’s to flee from the misleading places of “isms.” They conceal more than they explain.

They are refuges of insecurities and protection for the mediocre. This too happens with the issue of Plattism and anti-Plattism, two archaic terms that refer to the beginning of last century but still weigh on our discussion as if it they were two irreconcilable absolutes.

It’s generally assumed that Plattism is the political position that accepts the United States acting as a legitimate actor in internal Cuban politics. Anti-Plattism, in turn, is the non-acceptance of that premise. 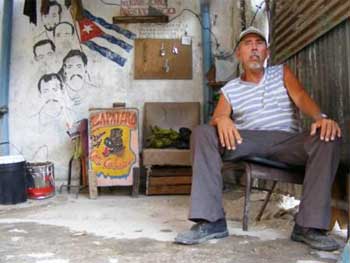 These positions have existed and still exist, with varying degrees of intensity, both within and outside the island. And if in our transnational society there are people who effectively believe in these, they have the right to present their points of view, as do their antagonists.

I fear, however, that the distinction is of limited usefulness for several reasons.

The first speaks of intensities. While there may be extreme positions on the issue, in real life what predominates are gradual characteristics. Look at, for example, the case of the embargo/blockade.

In terms of formal logic, and to adherents of the above definition, those who justify the blockade are adopting a Plattist position because they assume that through it the US can realize legitimate interference.

Yet in practice the reasons why many people support the embargo are very diverse, and these refer to the validity of its origins or the fact that in the face of the unappealable arrogance of the authoritarian Cuban state, it is legitimate to use external support such as this.
The opposite also occurs. There are some people who oppose the embargo but have conducted substantial studies that show the benefits that Cuba has historically obtained from contacts with the United States.

And in that history of unequal relations there have been many disagreements and instances of interference. Who are these people? Are they half anti-Plattists and hald Plattists, or what percentage are they of one with respect to the other?

When Carlos Manuel de Cespedes advocated a US invasion to get rid of the Spanish nightmare, was the father of the Cuban nation himself being an early Plattist?

The principal problem does not rest in that discussion, which the collaborators of the Cuban government — consciously or not — raised as a defining turning point of sin and virtue. It is not possible to continue reducing the quality of Cuban nationalism to the confrontation between the Cuba (its government and its political elite) with the US government.

It does not matter how dazzling the anti-imperialist discourse is. It’s very difficult to invoke the nationalist legitimacy of a national elite whose representation isn’t verified; of a government that has hijacked the key principle of the nation: popular sovereignty.

The nationalism that the Cuban government invokes today is a conservative and authoritarian nationalism. They are drawing on a perfect oxymoron, one of anti-national nationalism.

The “pure and simple” opposition to American interference isn’t a solution per se to the national problem. What has occurred and is still occurring is that significant quantities of radical anti-American nationalism have historically generated anti-national positions as damaging as Plattism.

If we want a political projection for the future, we cannot criticize only a part of it while avoiding criticism of the other.

Frankly speaking, the post-revolutionary political elite has always done its best to keep the conflict alive with the US as an internal resource for governance, which — given the disparity of forces — has also been a tremendously irresponsible anti-national act.

On several occasions, the heat of this conflict placed the country on the edge of a holocaust, as happened when Fidel Castro — without democratic consultation — called on the Soviets to initiate a nuclear first strike, or when he asked, also without consultation, for the positioning of foreign bases and troops in the country.

We must not forget that in order to supposedly “build socialism” they filled the state with Russian advisors in a true act of “ideological deviation” that conspired and acted against the best values of national culture.

Subsequently, there has been an intimate alliance with Venezuela, the new provider of subsidies, and at one point they began to speak — once again without consultation — of supranational federations and the national leadership of Chavez.

All of this time the country has been led to an unprecedented level of vulnerability due to political adventurism and economic incompetence by an elite who doesn’t know what to do but at the same time won’t allow others’ initiative.

Twenty years ago we experienced the bitterness of so-called “Special Period.” Today calculations are being made concerning another possible collapse as a result of the disappearance of Venezuelan subsidies.

I think the Cuban nation will need to pay another quota of suffering owing to authoritarian and conservative nationalism. Is this defending and improving the nation?

Also, authoritarian nationalism leads to a kind of Plattism in reverse. I can illustrate this by an incident that still calls for an apology by those who were guilty: the 2003 firing squad executions of three young men, without the most minimum legal guarantees, after thay hijacked a boat as part of an alleged imperialist conspiracy.

Shortly after, the Cuban government only jailed other Cubans who committed the same offense under even more aggravated circumstances, because it had come to an agreement with the US government to ensure their repatriation.

This meant that Washington had decided on the life or death of Cubans using Fidel Castro himself as an intermediary. Again I wonder: Is this defending and improving the nation? Weren’t those young men part of the nation?

If “nationalism” — in the positive sense of the word — is defending the national society, then we are speaking of ensuring first and foremost a prosperous and socially just community, where citizens have full access to their social, civil and political rights on a pluralistic basis.

And of course, this does not allow for external interference, except those acts that are part of the ceding of sovereignty to global forces of interaction, especially when we consider that Cuban society today is transnational, and 20 percent of the population lives outside the island, mostly in the land of the “historic enemy” of the Cuban nation.

My eternal friend Lichi Diego once wrote (though I don’t remember where) that Cubans drag with them the drama of not letting the past pass. We keep pedaling in the same place, tired from the Plattist/anti-Plattist dilemma that is killing the country.

Let’s let the past go, and look to a future in which the homeland, as Marti said, is humanity.
—–

(*) Published originally in Spanish by Cubaencuentro.com.

6 thoughts on “Nationalism in Cuban Politics”