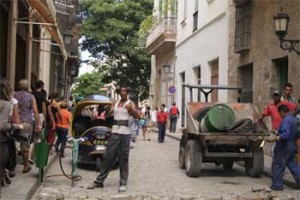 HAVANA TIMES, April 9 — Cuban reform czar Marino Murillo has just presented “a policy that has been adopted for the experimental creation of non-agricultural cooperatives,” reported Granma, the official newspaper of the Cuban Communist Party.

Speaking to the Council of Ministers, he added, “The basic principles governing the operation of each experiment have been designed such that, in all cases, the regulatory role of the state and government will be preserved.”

Above all else, we must recognize that the party/government has finally decided to advance in the “principal strategic direction” — in terms understood by the military — to further the development of socialism in Cuba.

My first reaction is to celebrate this step.

This is initiating one of the two main drivers of the socialization of the economy: cooperatives. Still forthcoming are the specifics on the participation of labor and social groups in the management, administration and distribution of profits of state enterprises. 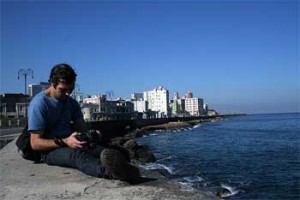 This is a partial success but a strategic one for socialism, particularly for those of us who have advocated cooperative/self-managerial relations as ones generic to socialism itself, though not the sole ones course.

Another issue is that the article in Granma is very brief and consequently creates confusion; therefore it is best not to make a judgment about what is happening, but wait and see what the “policy” and the eventual law state in print.
We will have to monitor these “experiments” to help them unfold the right way and not get delayed in the hands of Methuselah, since economic efficiency and the social implications of this mode of production have been more than demonstrated around the world and in Cuba.

The other aspect to note is the meaning of the “regulatory role of the state and government,” which should be restricted to only what’s essential for the proper functioning of cooperatives.

Rank-and-file workers, revolutionaries and communists, who ultimately proved themselves to be the main promoters of the movement to break the deadlock and to make modifications to the bureaucratic statist model, must not lower their guard. 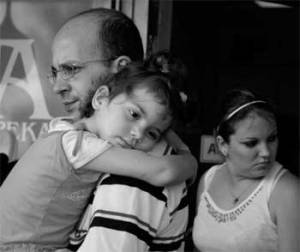 We must continue raising our demands for greater socialization of ownership and especially make this new cooperative policy work and be extended, without bureaucratic delays.

For cooperativism to be effective it must be accompanied by a body of laws that legalize and ensure its internal and external functioning, with the support of soft loans and lenient tax policies that ensure that it doesn’t die in the crib.

In any case, it’s not pointless to reiterate the basic principles of cooperativism, which if violated — as has so often occurred with agriculture cooperatives here — can turn into just another bureaucratic caricature. For all revolutionary socialists, from before Marx himself, the implementation of this approach represents the type of production relations that should prevail in the new society.

Among these principles are voluntary participation, collective ownership of the means of production by the workers, democratic participation in management and administration of the business enterprise, and the equitable (equitable is a synonym for just, not egalitarianism) distribution of a part of the profits, (what is remaining after the application of some of the earnings for extended reproduction [reinvestment] back into the cooperative and others for general social and community benefits). 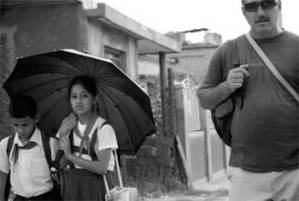 Another basic principle is the freedom of action of the cooperative to define its own targets and objectives, make its own purchase and sales agreements, enter into loan agreements, and to contract or subcontract services and carry out other market operations required to meet its needs.

The collectivist, libertarian, democratic and equitable/justice-serving character of the relations that are established between cooperative workers not only transforms the social behaviors of the members of the cooperative internally, but also projects to the communities where they are located and generally to the overall forms of social consciousness.

The dominant ideology is always that of the dominant class. When the dominant class in society is that of freely associated workers in cooperatives and in self-managed and co-managed companies, their objective conditions will have been created for their forms of social consciousness to become prevalent throughout society.

This is the principal way to change the human behavior generated by the prevailing mentality – that which is capitalistic, profit-seeking, individualistic, selfish, corrupt, thieving, domineering, contemptuous towards differences, and unequal.  This outlook is what drives the wage labor (modern slavery), whether by private owners or by the state.

This form of production divides society into two main classes: the owners who subjugate and exploit; and the dispossessed, who are alienated from the means of production, subordinated and exploited. On one hand we find the bourgeois or the bureaucratic bourgeoisie (be they capitalist individuals or the capitalist state) as those who control capital and its benefits, and on the other we find the wage-workers.

I hope that the new Cuban policy on cooperatives, the law that must be approved in this regard, and the free development of this form of socialist production contribute to consolidating the achievements of the Cuban people in their half-a-century-long struggle against capitalism.

I also hope this creates the foundations for the new future society, one that is free, democratic, just and socialist – “with all and for the good of all” as Cuban National Hero Jose Marti dreamed.

At this time, let’s remember all of those Cubans who in all various epochs fought for the development of different types of cooperatives.

So let’s toast for widespread cooperativism in Cuba.