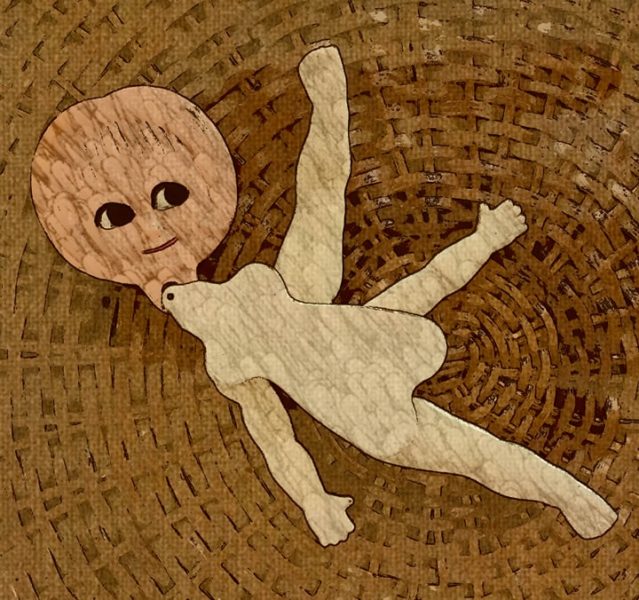 HAVANA TIMES – The phrase has gone viral on the Internet and it sheds light on an everyday reality: it is hard for many people to understand when somebody does NOT want to have sex with them.

Whether they are just boyfriend and girlfriend, friends, husband and wife, partners, strangers, it doesn’t matter. If you don’t want to have sex, you don’t have to. Unfortunately, it’s commonplace for one person to feel like they have rights over another person’s body.

Like many other women in Cuba, Rosa Martinez has suffered many experiences of sexual harassment and today, she will share something that happened in her teenage years, which is still a bitter memory. Reading this story reminds us that sexual violence can also come from somebody we trust and love.

I was finishing up 11th grade at the Vocational Preuniversity Institute of Exact Sciences, and even though the majority of my classmates were talking about their first boyfriends, even about their first sexual adventures, I still felt like I wasn’t ready, or that I hadn’t met the right person yet.

It was in those summer holidays that I met a young man a lot older than me, who lived near my house, but I had never seen him before.

According to what he later told me, he had been in love with me for a while, but my lifestyle (I hardly left the house or spent all of my time at preuniversity) hadn’t given him the opportunity to approach me.

When he did, it was like being hit by one of Cupid’s arrows. The long conversations began, displays of affection, caresses and everything else that true love can bring people.

But one day, instead of taking me to the city center like we used to on the weekend, he took me to a secluded place on our normal mode of transport (his bike), which I had seen before but I didn’t recognize it at first.

Where are you taking me? I asked, a bit uneasy.

Don’t worry, I’m not going to hurt you, on the contrary, I’m going to take you to a place you’ll never forget, it’s the gateway to paradise,” he told me with all of his characteristic love and a lot of cheekiness.

I was already imagining how that adventure would play out. And I began to picture how it would all happen; how his caresses would be, his kisses; what I would do in that situation as I knew nothing at all; I later understood that nobody knows enough when it comes to matters of the heart.

Even though I was blindly in love with that handsome, joyful, affectionate young man, I began to get nervous and I felt like I couldn’t breathe properly.

It’s a bit late don’t you think? Why don’t we leave it for another time?

Surprised by my words, maybe by the look of fright on my face too, he stopped the bike and told me: Nothing will happen if don’t want it to, OK? He ran his fingers through my curly hair, he gave me a wet kiss… and we carried on our way.

I felt calmer, but my fear didn’t completely vanish, and I didn’t understand why. Because I was madly in love with him. Because I had dreamt about this happening before. I had already felt him inside of me more than once in my delirious moments.

We finally arrived at a dump that looked like anything else but the gateway to paradise (it really was hard to find a room to rent back then. The places that existed were illegal and in dreadful conditions, that place wasn’t the exception unfortunately).

Ever since I set foot in this Eden, I began to tremble, and we were in the middle of August.

My boyfriend hugged me to try and calm me down; then he whispered in my ear: my love, we don’t have a lot of time. Those words hit me like a bullet to the brain.

What was shyness, insecurity and fear before was now a lack of trust, then rejection, to the point of loathing.

If I had been crazy in love with this young man 10 years my elder, I was now sure that I felt anything but passion for him.

When I managed to decode my true emotions, I was fighting against a violent force that tried to strip my slight body naked.

But, why are you doing this? he said with kind words, but his well-built body was saying something entirely different.

I felt like my eyes wanted to explode out my head, with the rage that ran through every tiny drop of blood that circulated around my small body.

The once fragile and obedient young woman was now a beast shouting, scratching, biting, kicking. But no strength in the world could overcome that man who became a giant, a lion fighting for his prey.

He slowly took off all the clothes I was wearing, and with every piece of clothing, a part of me died, I became weaker and weaker. It was as if he had taken away my protective shield by stripping me naked.

I cried for a few minutes. But my tears didn’t do anything.

It was then that something in my gut, which has always been with me, stopped fighting physically because I knew that I wouldn’t be able to win that battle with force. But there was another sphere of my being that hadn’t given up and that’s where I sheathed my sword.

I’m a minor, you know that right? I shouted at him angrily. You have my nail and teeth marks on you, and I promise you that there is no way in hell that you’re going to penetrate me without a fight, I’ll fight to the very last moment. And then, even if you manage to do that, I’ll fight until you end up dying in a jail cell.

It wasn’t like the beast had been tamed by magic or anything like that. He kept on trying and I kept fighting him off as best I could, once with the little physical agility I had, most of the time with punching words, which slowly got to him until he gave up.

3 thoughts on “NO Means NO, Even If He Loves You”