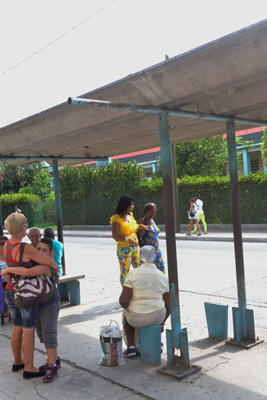 HAVANA TIMES — Recently, I saw an episode of a Spanish TV series in which one of the characters said to another: “We’re Spaniards, the impulse to steal has been inscribed on our DNI (National Identification Document), DNA and pH levels.”

After having a good laugh, I stopped to think about the phrase and I began to wonder whether we also have the bad habit of taking what does not belong to us (even things that are of public domain) because we were once a Spanish colony.

I say this because, if you go to the first stops of buses 87, 202, 114 and 38 in Palatino, Havana, we’ll see clearly that one of the benches and roof tiles there are missing.

The other bench could well be the next to go, as it is held in place by a weak concrete joint.

We don’t realize that, rather than a mere act of vandalism, this represents a form of unawareness, as many are the elderly people who must wait at this bus stop. Now, they are forced to do so standing, beneath a scorching tropical sun (and seldom is the wait short). 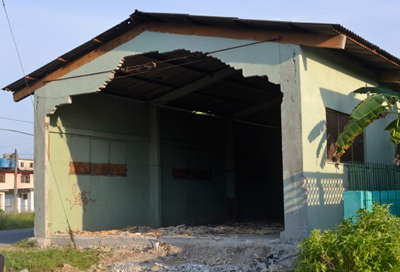 I believe there is no excuse for such acts against the people, who must endure the harshness of our weather for long hours.

We seem to have the skills of someone who has been trained in Ninjitsu for years, able to climb up walls like the one of an old warehouse I’ve seen, which has lost nearly all of the bricks of a wall that is well over 4 meters high.

I’ve always thought that, no matter what needs we may have, there are things that should not be tolerated, much less go unpunished, as they hurt the people and our principles.

One thought on “On Stealing in Cuba”