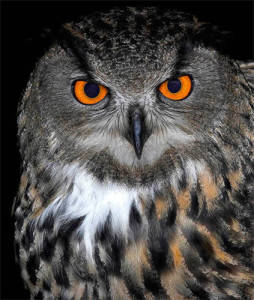 HAVANA TIMES, October 12 — I maintain that philosophy isn’t a subject for the masses, though I don’t mean to say that not everyone can philosophize.  Like Socrates said, everyone has in themselves the beginnings of wisdom.

No task is more difficult than learning how to think.  As Zarathustra* said, he taught in order to learn.  But even he realized that he couldn’t speak to the multitudes.  Instead, he had to work with individuals separately.  As one would say in good Cuban, you have to catch them one at a time.

It’s a difficult task because there’s no set series of classes that a disciple takes and then becomes the teacher.  Each person arrives in the world in search of truth on their own terms.  Indeed all of us are united by one thing: curiosity, the desire to know.

I wonder how it’s possible to homogenize all these different minds and curiosities within a strict educational program.  The moment people take up philosophy it’s crucial for them to continue digging deeper into that world, otherwise they’ll walk away from it forever as a boring subject that they couldn’t escape.

It’s true that in Western philosophy academies there are specialties in different philosophical currents, therefore up a certain point students can choose what they’re going to learn.  It’s a little better than having strictly Marxist schools, but neither is it the best of all approaches.

Fortunately I had the chance to have private tutors.  Some were books and the others — the most important — were flesh and blood.  I think all philosophy teachers must be a little like Erasmo a Havana Times diarist.

When I approached him, the first thing he did was make me feel like an equal, making me believe that the two of us were going to discover things together, and that both of us would learn from each other.

This is extremely important because it doubles interest in what a person is learning.  Not only do you feel like someone is filling their head with new things, but that they can also create.

Another aspect is the opportunity to inquire about what one wants, without pressure, without formalism.  Sometimes he led me to places I apparently wanted to discover, other times I led.  It was like a lovely dance in which each partner had a chance to lead the other.

Above all, when I did like he did, as the learner I didn’t even realize that I was learning.  There comes a point when one’s ego disappears and the real journey into learning begins.  But for all this it’s necessary for there to be friendship and a sincere desire on the part of the teacher, otherwise it becomes pure indoctrination.

As you can probably already imagine, this requires a teacher for each student of philosophy – and if possible one like Erasmo.  This is obviously something excessive and I don’t think that philosophical science is so important for contemporary society.  It has no specific practical application and there’s no “return on the investment” for an economic and technological society like ours.

It’s seems it’s reaching the point to honor it for what it once was, conducting a requiem rather than letting it bleed to death.  It’s no longer possible to teach philosophy like it deserves, but nor would it be useful to do so.

Erasmo says that this may be true, that it no longer has practical utility like other sciences, but that it still continues being the science of life that could help us to improve this existence.  He adds that this is why it’s also perhaps the most important science.

Being outside of the academy, those people who are really interested in this will move closer to philosophy, and their teachers will be those who really have a love for wisdom.

Zarathustra said that art is to leave in time – not before, not after.  It could have been that with his death this made his absence felt but that he was brought back to life to give him his proper place.  If not, then neither would it have been worth trying to perpetuate his existence as a bitter old man.

And if it’s true that philosophy is the mother of all emancipation, then there will be people who carry and uphold the torch until it’s time to open its crypt.

(*) Zarathustra: a character reinvented by the German philosopher Nietzsche.