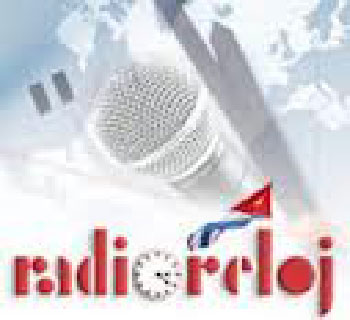 HAVANA TIMES — After retiring in 2009, I took off the last in a long line of cheap wrist-watches and added it to the collection of broken and disused watches in my top bureau drawer.

Henceforth, if I needed to know the time, I’d consult my cell-phone.  Unfortunately, I didn’t realize US cell phones don’t work in Cuba and, in October of 2010, I found myself, if not Eyeless in Gaza, then at least “timeless” in Havana.

On the street, of course, I could ask someone the time, but at home–the house of my friends on Avenida  51 in San Agustin, Habana–and especially late at night,  this was a problem.

My solution: tune in the radio in my room to Radio Reloj, a 24/7  all news all the time station that has been broadcasting since 1947.   Radio Reloj  gives the time every minute.

Furthermore,  it gives me the opportunity to listen to, and expand upon, my  limited Spanish,  while at the same time learning about the successful potato harvest in Cienfuegos Province, or the visit to Cuba of the Vice-Premier of Burkino Faso, etc.

Normally, this sort of stuff makes my eyelids droop and, before I know it, I’m in the arms of morpheus, especially when added to the reassuring tick-tock-tick-tock of Radio Reloj’s background metronome (which is exactly what I wanted it to do when I listened late at night…I’m a firm believer in “sleep learning,” and what easier way to expand my intermediate-level Spanish?).

Unfortunately, in addition to the sonorous voices of the Radio Reloj locutores (announcers) and the metronome’s pleasant tocking, the beginning of each subsequent news story is preceeded by a telegraphed—literally—signal in Morse Code (“R.R.” for Radio Reloj),  similar to the ones which introduced Walter Winchell’s  commentaries on U.S. radio and television during the 1940’s and 1950’s.  Hence, I’d be drifting off to sleep when—!DIT-DOT-DIT, DIT-DOT-DIT!—I’d be jarred awake!

Seeking to remedy this approach/avoidance situation, I twirled the dial and soon found an emisora playing pleasant, relaxing and restful music.  This was my first introduction to CMBF, Radio Musical Nacional, which has been broadcasting since 1948.

During the early morning hours they have the good sense to play such calming music, usually baroque or romantic chamber pieces, rather than those cacophonous and discordant noises known as modern “serious” music.  Immediately, I drift off to sleep.

On the other hand, if I want to stay awake, writing in my journal, or perhaps reflecting on the day’s events,   CMBF’s format of classical music is a pleasant and non-distracting accompaniment.  Periodically and unobtrusively, the locutor announces the time (usually at the top or bottom of the hour, or between selections of classical or jazz pieces).

Furthermore, I can actually understand the Spanish spoken by Radio Musical Nacional’s DJs (not that there’s much to translate in “Concierto Numero Cuatro en B Bemol Mayor por Jean Philippe Rameau,” etc., but I could also understand the biographical and musical tid-bits interspersed between selections.) 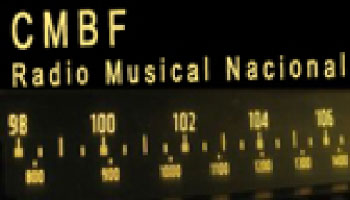 Moreover, its enthusiastic and sophisticated presenters have gradually expanded my musical knowledge, even introducing me some modern works, which I’ve grown to appreciate.

Their jazz program, the Esquina de Jazz,  is one of my favorites,  both for the artists and pieces they choose, and for the sophistication and depth of their knowledge.  Besides contemporary artists, they are as likely to dig into their archives and play some Bessie Smith, Ma Rainey or King Oliver from the 1920’s.

In short, Radio Musical Nacional  is what the local affiliates of National Public Radio here in the States used to be like during the 1960’s and 1970’s, when classical music, knowledgably presented,  predominated.

Those were the heydays of Robert J. Lurtsema’s   Morning Pro Musica   and Seymour DeKoven’s   DeKoven Presents (The Baracoco Society). Gradually, such programs were eclipsed, their time slot abbreviated, or even eliminated, replaced by—what else but news, news, news.

At least in an earlier days N.P.R.’s news had a slightly lefty slant. As time passed, however, their editorial stance changed  first towards the “center,” then even towards right, in futile attempts to placate those in charge of granting them monies from the federal till, or doling out multi-national corporate sponsorships (like the Exxon-Mobile). Poor Robert J. was pushed to an early grave when they truncated Morning Pro Musica to make way for All  (Boozhie) Things Considered!

During the week CMBF broadcasts 43 programs, including a cultural calendar (which informed me of many concerts I attended at such venues as the Oratorio San Filipe Neri and the Iglesia San Francisco de Paula, in Habana Vieja), Sabes tu, a classical musical show for children, one specializing in opera and another in operettas and zarzuelas, one specifically for the piano, another for the guitar, one on books and letters, another for cinematic music,  and  many, many more,  too numerous to mention here,  but listed, with short synopses, on their website and Facebook page). .

One aspect of CMBF I appreciate is that, since it is subsidized by the state, it is free from those incessant and ubiquitous on-air fund-raising campaigns so typical of the local N.P.R. affiliates up here.  Still, realizing the changing economy, even in Cuba, I wouldn’t be surprised if these subsidies shrink, or are even eliminated, in which case I would contribute.

Besides CMBF, many other–but not all—Cuban radio stations are available on the web, including: Radio Enciclopedia, Radio Taino (the tourist station),  Radio Reloj, (actually, I’ve been too harsh or R.R., I love listening to the rich voices of their locutures) Radio Progreso,  Radio Rebelde and, of course, Radio Habana Cuba (to which I’ve been listening,  on the short-wave bands, since the early 1960’s!)

Likewise, if you have high speed internet, Cubavision Internacional TV is available. (no need to limit yourself to the wretched  US cable and satellite channels). I hope Cubans will also have access soon to these channels too, and at affordable prices, at home, rather than at internet cafes.  Who would want to deny them the joys of Sabado Gigante or Caso Cerrado, which can now only be enjoyed by handing around flash drives?!)

My next review of Havana emisoras will be of another favorite, Radio Enciclopedia (which reminds me of the old WOR in New York City during its 1950’s- 1970’s heyday).

Finally, just so you don’t think I’m a classical music snob, my favorite Cuban program is Palmas y Canas.  During my last visit I enjoyed its 50th Anniversary programs!  (Did you know that the contraversias performed on Palmas y Canas trace their roots back thousands of years to the challenges of Phonecian, and later Islamic, poets and trovadores?

The form was brought to Cuba through Spain, which, in turn, received it during their occupation by the Arabs.  (This I just  learned  while reading  Vol. 4 , The Age of Belief, in Will and Ariel Durant’s Story of Civilization series.  Also, this was covered in Ned Sublette’s landmark book, Cuba and its Music: From the First Drums to the Mambo”  Vol. 1.  He’s now researching/writing the second volume, from Mambo to ….Regaeton?! ugh! I hope not! )

(*) A Havana Times reader who has been visiting Cuba on numerous occasions over the last six decades.