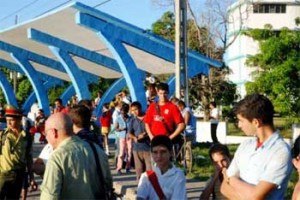 HAVANA TIMES — The “Proposals for the Advance of Socialism in Cuba,” were presented on January 28, 2011 by a group of fellow supporters of the Participatory and Democratic Socialism movement as part of the pre-discussion of the Sixth Congress of the Cuban Communist Party. Paragraph 12 of that statement made the following appeal:

“To ratify without delay the agreements already signed by the Cuban government concerning human rights (civil and political rights, as well as economic, social and cultural rights) and to update the criminal code accordingly. Cuba must also work systematically for the deepening and expansion of international human rights norms already established.

-To mandate the full freedom of association, expression, publication and movement. Freedom, equality and full social justice are impossible while people are not economically independent with full rights. Our national and true freedom starts with the individual. “Only oppressors must fear the full exercise of freedoms,” wrote the apostle [Jose Marti]. Respect for the rights of others will be the only restriction on civil liberties. These and other necessary modifications to the constitution and the electoral law must be made to emphasize the spirit of socialism and to Marti’s thinking within the current constitution, which should be put to a referendum.

– Amnesty should be granted to all prisoners charged of political offenses and it should become well established that no one can be charged of a crime by virtue of their position of conscience, defended peacefully within the legal framework. Propaganda that defends the exploitation of human beings in any form would be illegal, and all those people who instigate physical violence, whatever its source, would be punished, as would be prohibited and punished any practices that are racist, fascist, homophobic and any other that is opposed to human life. 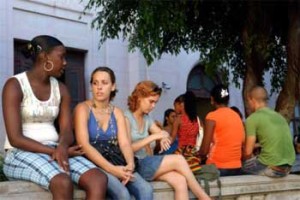 -“Aid” from foreign governments aimed at subverting the constitutional order should be declared illegal and punished, as it is in all democratic countries.

-All Cubans, no matter where they live, should have equal rights to participate actively in the political, economic and social life of the country, excluding only those who are recognized as terrorists and annexationists.”

In this way, if we don’t agree with everything expressed in the “Demanda Ciudadana por otra Cuba”* (Citizen’s Demand for Another Cuba), signed by over 100 people from civil society, opponents of the government of various tendencies, and Cubans in general (outside and inside the country) — a document that we are not analyzing here — there is agreement on what is the essential request of the document.
——

(*) CITIZENS’ DEMAND FOR ANOTHER CUBA

As Cubans, legitimate children of this land and an essential part of our nation, we feel a deep sorrow at the prolonged crisis that we are experiencing and the demonstrated inability of the current government to make fundamental changes. This obliges us, from civil society, to seek and demand our own solutions.

The miserable incomes, shortages of food and shelter, the massive emigration due to lack of opportunities, the discrimination against those who think differently, the absence of spaces for public debate, the arbitrary arrests and lack of citizen rights, the corruption and the tenure and inability to remove the ruling elite, are some of the symptoms of the difficult reality facing us. 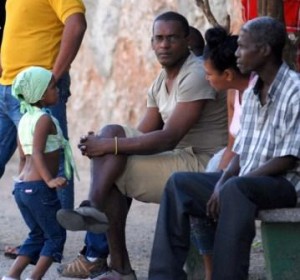 We want to debate publicly the dual currency, immigration restrictions, rights of workers to a living wage, the right of all Cubans, wherever they live, to promote economic initiatives in their own country, the demographic crisis, free access to the Internet and new technologies. We want to discuss the exercise of democracy.

The Constitution of the Republic of Cuba establishes:

In its Article 3: In the Republic of Cuba sovereignty resides in the people from whom all the power of the state originates.

And in its Article 63: Every citizen has the right to direct complaints and petitions to the authorities and to receive the appropriate attention or responses in a timely manner, according to law.

We Demand the Cuban Government:

Immediately implement the essential legal guarantees and policies conceived in the Universal Declaration of Human Rights and ratify the United Nations Covenant on Civil and Political Rights and the Covenant on Economic Social and Cultural Rights, signed by the Government of Cuba on February 28, 2008 in New York City. This would ensure full respect
for citizens regardless of their ideas or their political-social actions and restore the rights of everyone who, in their opinions, disagrees with the government. We consider these rights essential to the formation of a modern, free and plural Cuba that will receive us all equally and place our sovereignty in a dynamic and increasingly global world.

We are committed to democratic transformation where everyone can contribute their views and contribute to its realization. We invite all Cubans inside and outside the Island who identify with these demands, to join this just and necessary claim. Our expectation of being heard by the government is almost exhausted, yet we have decided to bring the authorities this demand as an urgent recourse to achieve effective understanding. We are determined not to accept institutional silence in response to this demand for the ratification of the agreements mentioned.

5 thoughts on “Socialism and the ‘Citizens’ Demand for Another Cuba’”