There has been no socialist revolution for blacks or whites nor for any Cuban, it is still pending. 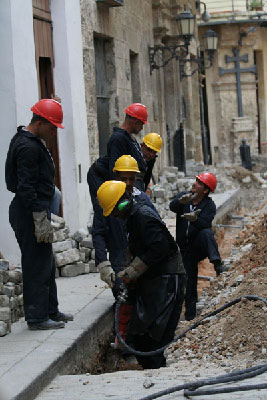 HAVANA TIMES – A storm of criticism descended on black Cuban intellectual Roberto Zurbano for statements he was supposed to have made, and that were published in The New York Times saying that “the revolution has not reached blacks in Cuba”. He later claimed that what he had said, and what he had sent to the newspaper was that the revolution “was not over for the blacks.”

The essence of what he told the American newspaper is familiar to everyone in Cuba: some types of racial discrimination still exist, blacks have always benefited least and are least able to cope with the system’s “update” so there is still a lot that needs to be done in this area.

Some people were annoyed not so much his statements, but by the fact that he made them to a US newspaper. I do not know if these same people are aware that Fidel Castro gave an interview to journalist working for the same paper: Herbert Matthews in the Sierra Maestra, and that American newspapers on several occasions have published full-page spreads paid for by the Cuban government to denounce the actions of the US government.

Enough said as regards Zurbano’s right to say what he thinks, how he thinks, in the manner he thinks and wherever he sees fit as well as the right of others to think what they like and express what they understand of his argument, provided it is done with respect to differ, as I do in saying that the Cuban revolution has still to take place for Cubans be they black, brown or white: it is still waiting to happen.

The 1959 political revolution that overthrew the dictatorship of Fulgencio Batista and established a government of a different type – a “dictatorship of the proletariat” in accordance with the Stalinist Russian school of Marxism-Leninism adopted by the ruling Communist Party – failed to change the salaried production relationships that characterize the capitalist system of production. It simply made them part of the state.

With the “nationalizations” – state appropriations in fact – that took place after 1959, Cuban workers were paid a wage and ceased to be exploited by private capitalists only to have the state, now the owner of just about all the means of production, treat them in the same way. The same state that continued paying them a miserable “wage” and kept most of the surplus product or surplus value for itself without passing it on to the workers.

This wealth was destined to be distributed “equitably” as the bureaucracy saw fit and so most of it has gone to maintaining the state apparatus and the system, national and international, that has sustained it for over half a century.

As everyone knows, “stateification”or whatever we want to call the appropriation of everything by the state, is not socialization. Property was not socialized nor was the ownership of production.

The noble purpose of state distribution has nothing to do with Marxist socialism, but rather with its social democratic wing, and has been one of the main causes of the inoperability of “real socialism” which has failed time and again, wherever it has been tried.

Thus, as in the rest of the so-called “socialist countries”, the Cuban state, instead of working to abolish the wage labor that typifies the classic capitalist system of production, amplified and extended it and made it absolute. Because not only did the state continue to apply capitalist exploitation to the old “nationalized” companies formerly belonging to foreign and domestic capitalists, but it simply “statealized” them just as it “nationalized” for wage exploitation all the small businesses regardless of size including stalls selling French fries on the street, whatever cooperatives there were, the mutually-based clinics, the retirement funds, the social and trade union clubs and associations etc.

To paraphrase Lenin’s slogan of “All Power to the Soviets”, here it became “All power to the State.” And so it was that one big capitalist – the state – replaced all the others and along the way put an end to all types of work done in free association that existed at that point in Cuba and were the essence of the new socialist relationships of production.

This political revolution that “stateified” all the property in existence, instead of socializing it upon appropropriation, concentrated it more on the state, and instead of democratizing politics, limited the control of politics to a single centralized party made up of a small percentage of the population.

The existing model of representative democracy, which presents candidates for election that are appointed from above, does not allow for the direct sort of democracy and decision-making that characterizes socialist society.

A revolution in politics? Yes, that did happen. There was a change of government and no one can deny that the government tried – in its own, semi-social, democratic way –  to improve the living conditions of the poor, blacks, whites, of the workers, peasants, and offered healthcare and education funded by the state owner and collector, cheap housing for those it could give it to, water and electricity as far as was feasible, giving land to those who were already working it; but without completing the socio-economic revolution that is still pending, still waiting to be enacted.

Nor can it be denied that the government that emerged from this political revolution nominally tried to eliminate racial discrimination just as it is true that legislation currently in force is devoid of sanctions for discriminatory practices affecting race, gender, ideology, as well as those proceeding from the absolutist power conferred on the bureaucracy by a centralized state system.

We also need to recognize that no differenciated policies have been developed to try and assist the most vulnerable: the descendants of slaves.

Just remember that most of the combatants who fought in the ranks of the Mambí Army were of black slave origen and that in the lavish distribution of bounties that followed the war of 1895, of those at the bottom of the ladder, whether white or black, it was only the veterens that got a pension.

The generals, mostly white and descendants of the slave owners themselves, were the ones who obtained farms and large tracts of land for cultivation, the same people who later gave the orders and called the shots until after the overthrow of Machado and the Constitution 1940.

Equally we need to point out that the art and culture sector has enjoyed perks and economic freedoms – that other sectors have not – and that these have benefited both white and black.

But since the state that emerged from the political revolution of 1959 did not socialize ownership, it did not create the conditions for people and communities, labor and social groups to develop under their own steam, nor did it encourage commonwealth work or cooperatives in all sectors of the economy, nor co-management and self-management, nor autonomy for the regions, nor participatory budgeting, just as it did not democratize political power or share it. 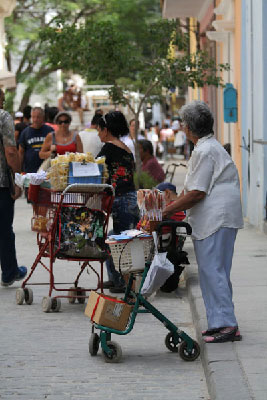 It never carried out the socialist revolution it had proclaimed but rather encouraged state monopoly capitalism under the control of a single party, something wrongly believed by many at all levels of society to be socialism.

Consequently, what the revolution of 59 has been able to do so far for the poor today, for the blacks or the whites, the peasants and the workers, has not met the expectations that it raised among Cubans, who continue to be mostly poor wage earners with their healthcare and education paid for by the state, the sole owner of the sea, air and land, businesses, factories, lives, farms and decrees.

There is no doubt that the criminal imperialist blockade has affected the state’s ability to make its social policies more effective, but that is not what is responsible for the infeasibility and failure of the state model of paid employment.

The socialist revolution in Cuba is still pending, it is still to be seen. The one that would enable blacks, whites, workers, the masses to have full access to political power and the riches they are capable of producing, without individual capitalists or a bureaucratic state appropriating the sweat of their labor and imposing discriminations for different reasons, without permanent political hegemonies curtailing their freedom of expression and association.

When this revolution starts to work through to the Cuban people, it will not be through violence, but through the growing participation of one and all in the economic and political power of the nation and when this happens the revolution will start to come for both blacks and whites.

But to achieve true equality, differentiated policies will have to established for the benefit of those who have always been affected most economically, politically and socially in the course of Cuba’s history and that, without any doubt whatsover, is the blacks.

Nevertheless we need to recognize that the new government of Raul Castro has taken some steps, albeit small ones, that as they evolve and develop in the course of time – without engendering crisis in the old, salaried, centralized, statist model – could generate other democratic, socializing dynamics contrary to what some delusional extremists might believe in their aspirations to impose some foreign populist form of communitarianism and for whom any modification to the State centered system adds nothing new to “their model”.

Social liberation, true emancipation, the de-alienation of mankind, of all human beings, the elimination of all forms of discrimination wherever they come from, will be achieved as a process and not as a fact in itself, and will be for everyone, for blacks, coloreds and whites, when access to wealth and political power in Cuba is democratically distributed and shared.

And this will come to the degree that all of these together and in unison, the blacks, whites and mestizos; the salaried state employees, the cooperative workers, the self-employed, students, peasants, soldiers, intellectuals and housewives, all Cubans of goodwill, regardless of where they live, what their religious beliefs are, their political persuasions or their sexual preferences, exert pressure peacefully through every means at their disposal for the changes to be made in Cuba that are needed for Cuban society to become properly democratized and its economy to be socialized.

11 thoughts on “Socialism in Cuba Pending for All Colors”