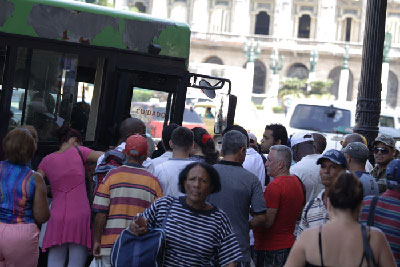 HAVANA TIMES — In Cuba and the Incapacity of State Socialism to Change and Renew Itself, Pedro Campos and Armando Chaguaceda argue that “state socialism” (ownership and administration of all the instruments of production by the socialist state) is an economic system which springs primarily from the brain and character of Joseph Stalin.

The addition of one-party political and social absolutism, in their terminology, results in the composite phenomenon of “Stalinism.”

Cuba, they believe, is run by such a Stalinist autocracy which has fastened “state capitalism, established in the name of socialism” onto the people.

This is quite a charge. It deserves a comradely response.

Let us go to the classic Marxist literature, and try to identify the textural origins of this “state socialism.”

Its original formulation—for the first time in history that we know of—may be found on the next-to-last page of the second chapter of the Communist Manifesto:

“. . . The first step by the proletariat in its revolution is to raise itself to the position of ruling class . . .

. . . [It will then] use its political supremacy to wrest, by degrees, all capital from the bourgeoisie, to concentrate all instruments of production in the hands of the state [emphasis added] . . . and to increase the total of productive forces as rapidly as possible.”

This is fairly straight-forward. By degrees, the socialist state is to concentrate all productive forces in its hands. 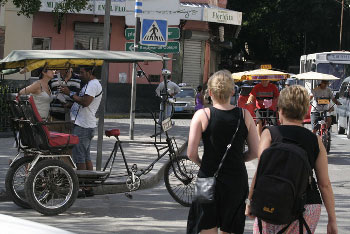 When the word “all” is used, we may assume it to be a well-considered stipulation as to which instruments of production are to be nationalized. These would include everything from hotels and restaurants to mines and sugar mills.

Marx and Engels lived a long time after 1848. They had ample time to mull over their core stipulation of 100% state ownership. Here is what they said in their preface to the 1872 German edition of the Manifesto:

“. . . However much that statement of things may have altered during the last twenty-five years, the general principles laid down in the Manifesto are, on the whole, as correct today as ever.”

Both of the above quotes may be verified in almost any edition of the Communist Manifesto published today; or, on-line at the Marx/Engels Archive.

If the reader is not sure if the above quotations reflect the authentic Marxian recipe of “state socialism,” let us turn to the last chapter of that 1880 Engels pamphlet Socialism: Scientific and Utopian (made up of three chapters from his Anti-Duhring).

This pamphlet was first published in French in 1880, almost one-third of a century after the Communist Manifesto. In his third and last chapter, Engels makes numerous references to the fact that, under socialism, the state is to own everything productive. Here is what he says six pages from the end:

“. . . The proletariat seizes political power and turns the means of production into state property.” [His emphasis]

Then, in his second-to-last paragraph of the pamphlet:

“III. Proletarian Revolution-Solution of the contradictions.

“The proletariat seizes the public power, and by means of this transforms the socialized means of production, slipping from the hands of the bourgeoisie, into public property.”

And so, it seems indisputable that the fathers of Marxism set forth in 1848 the essential core principle of state socialism, and reaffirmed it in 1872 and 1880. 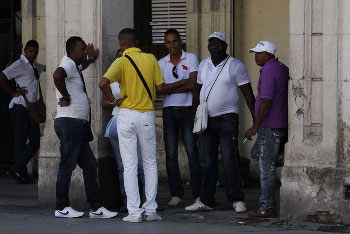 Moreover, the leaders of the world communist movement—including Kautsky, Lenin, Bukharin, Trotsky, Stalin, Mao, Ho, Kim, Fidel and Raul—held, or hold “state socialism” to be the core principle of “real” socialism. Ideologically and programmatically, all these men were, or are “state socialists.”

Based on all of the foregoing, the comrades Pedro and Armando seem to have made a profound factual error in attributing “state socialism” primarily to Joseph Stalin.

The crimes of Stalin are well known; but he did not invent the economic and social core principle upon which his criminal autocracy arose.

It is reasonable to believe therefore that some form of Stalinism, in whichever country, is the inexorable result of the Marxian core principle of state socialism. A primary task of the left, it would seem, is to figure out why.

18 thoughts on ““State Socialism” in Cuba”