HAVANA TIMES — A few nights ago, while reading in my living room, the voice of Professor Manuel Calvino came on his TV program “Vale la Pena” (It’s Worth It). He almost always begins by telling us about some situation that he witnessed or was involved in, or by reading a letter sent in to the show to make us reflect on a topic.

This time he recounted a conversation between some young people concerning their plans for future employment.

One of them preferred to hope that the job he wanted would somehow appear before him, while another guy was already constantly changing jobs hoping to come up with the one that would suit him.

The professor then proceeded to explain the disadvantages of the first approach, pointing out that one can’t sit around and wait for their dream job to materialize.

The second attitude was associated with trial and error. Though I was still focused on my reading, I recalled that thanks to trial and error, I had learned (belatedly) how to ride a bike.

The professor then talked about an experiment carried out somewhere several years ago in which a dog had to trigger a certain mechanism in order to eat, but that it spent a lot of time trying to do this — by trial and error — before it finally succeed.

Initially that made me think that people aren’t dogs, but Professor Calvino went on to give some ordinary examples of what he was talking about. He described those situations in which we have masonry, plumbing or electrical problems, and — hoping to save money — we turn to a friend who isn’t an expert in the field but says he/she will give it a go.

Sometimes, if the problem is simple, they can handle it. With others, where the problem is more complex, our improvised mason, plumber or electrician friends can’t correct it. Sometimes they even make things worse. In those cases, we end up concluding that it would have been better to have paid for a competent professional in the field from the very beginning.

This was the part that made me start listening to the program and close my book. 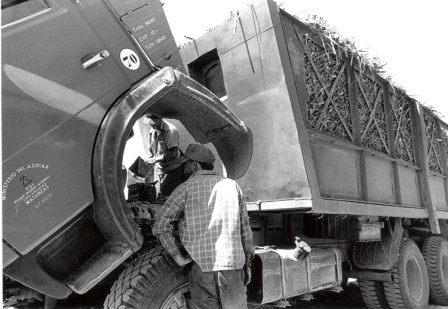 I understood that his intention wasn’t to spark ideas such as the ones in my head. I’m sure the professor is politically astute and absolutely trustworthy with respect to the government. But I couldn’t help thinking about the succession of trials, and especially the errors, our government has made.

In 2010, in one of the Thursday forums sponsored by Temas magazine, I heard a presentation by a woman who was part of the planning group of the “Ten Million Ton Harvest.” That effort is now known as the “Harvest of 1970,” because not only did we fall short of harvesting those ten million tons of sugarcane, but the attempt nearly laid the country to waste.

As an expert in sugar production, the woman had warned that the ten million tons couldn’t be achieved. She voiced her warning twice, but she wasn’t listened to. Decades later, she was appalled by the closure of the sugar mills in the country with the best infrastructure for sugar production on the continent.

What is the common denominator between the 1970 harvest, the massive planting of Caturra coffee two years earlier, the Second Agrarian Reform Law (which left most of the arable land in government hands), and the plan for maestros emergentes (“fast-track teachers”)?

Currently, uncultivated land is being turned over to people for farming. But why did it lay idle for so long?

Also carried out in 1968 was the “Revolutionary Offensive.” In this, all private businesses were taken over by the state as vestiges of bourgeoisie ownership that had to disappear – even little timbiriches (sales stands) were included in this.

I would be less afraid if it came accompanied with the right to complain, the right to vote (or not vote) for a party that once in power either hits the nail right on the head or is completely wrong, as has erred the only legal party I’ve ever seen in my country and that doesn’t need to participate in elections.

Now, they have to hand out licenses for self-employment in order for that sector to absorb all the redundant public sector employees that need to be laid off in an effort to stave off the country’s economic collapse.

We’re seeing increasingly more private businesses, from coffee shops to video-game rooms, from independent electrical repair workers to fortune telling to being a dandy in Old Havana. There are increasingly more things (but not everything) that one can do after getting a license and paying taxes.

The problem now, though, is that the country lacks the infrastructure for the self-employed, meaning that people almost have to create those conditions on the fly.

Every time I read the “Letters to Editor” section of the Granma newspaper (the official organ of the Communist Party of Cuba), I find complaints about mistreatment in the offices where people apply for those licenses.

These evidence the negligence, delays, lack of wholesale products, and contradictions between what’s announced and reality.

I thought about those who welcomed the revolution and spent their best years supporting it, those who blindly applauded each measure, convinced that they were building a better society without the social differences of capitalism.

Now they’ve awakened and see the differences are here, along with the promise they these will become even more marked, between hotel employees and school teachers, between parents who can afford private tutors for their children and those who can barely afford to give their instructor a bar of soap on Teacher’s Day.

But even if the government had brought economic prosperity to the country, this wouldn’t compensate for the lack of freedom of press, speech, association.

Neither universal access to education nor health care, which I don’t consider free, although they are accomplishments, compensate for the fear of saying what one thinks, not voting, or having to join the Committees for the Defense of the Revolution (CDR), created by the eternal leader of the Cuban Revolution, Fidel Castro.

The professor then talked about an experiment carried out somewhere several years ago in which a dog had to trigger a certain mechanism in order to eat, but that it spent a lot of time trying to do this — by trial and error — before it finally succeed.

I’ve heard many times that socialism is the longest path to getting to capitalism and that made me laugh. Now this makes me think about the insights of Professor Calvino: Wouldn’t it have been easier to call on a specialist in the field from the very beginning?

I feel like we’re already living under capitalism. As the good student I was, I have the fear of it they instilled in me.

I would be less afraid if it came accompanied with the right to complain, the right to vote (or not vote) for a party that once in power either hits the nail right on the head or is completely wrong, as has erred the only legal party I’ve ever seen in my country and that doesn’t need to participate in elections.

I should reiterate that these ideas weren’t what Professor Calvino intended to stir up on his program. I hope no one sees the relationship between “It’s Worth It” and this post, as the same relationship established between Jose Marti and the Assault on the Moncada Barracks. A relation I’ve never seen.

But, if I can borrow the phrase with which the professor closes his program, perhaps “it’s worth it” to see the other aspects of trial and error and to wonder how long you can continue making those errors.

One thought on “The Cuba of Trial and Error”