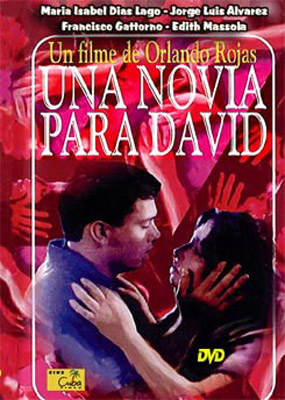 Love me for me, take me without fear
Touch me with love, I’m going to lose it.
Kiss me without bitterness, treat me with sweetness
Look at me please, I want to reach your soul

HAVANA TIMES, Feb 15 — The film Una novia para David (A girlfriend for David) ends with a backlit atmosphere and the masterful voice of the great Elena Burke performing the song “Amame como soy” (Love Me as I Am) by Pablo Milanes.

This is one of the most popular Cuban films of all time…and one of my favorites. I saw it for the umpteenth time a few weeks ago in the young people’s TV program “Somos Multitud.”

The movie is not only a love story surrounded by prejudice and misunderstanding, it’s also a representation of student life at the time – Cuba just after the revolution.

Yet it also reflects the present. Though 27 years have passed since the film premiered in theaters across the country, Cubans today aren’t that different from then.

When the movie was filmed here on the island, racial discrimination was evident, as can be seen from the few black characters that appeared in the movie. Even today, though, they continue to be absent from the best jobs and the “upper crust” of Cuban society.

The film also does an excellent job in portraying the Latin machismo inherited from our predecessors, which now manifests itself in the abuse suffered by many Cuban women and the growing number of them who are murdered by their partners.

The film also portrays the history of the massive support for the revolution and its leaders, who have always displayed incomprehension towards those who go against the grain or think differently.

“Within the revolution, everything; outside of the revolution, nothing” was the principle of Fidel that led to many Cuban intellectuals being harshly criticized for their own critical ideas, while others were simply ostracized for years or decades.

Finally, and what’s most important about the film, is the love between Ophelia and David, who fight against the manipulation of the student body. The story is one of how love can triumph against the intolerance of differences.

You can see those same problems in today’s society as portrayed in this movie (which premiered in Cuba in 1985), especially the fear of any kind of diversity – whether in the form of a homosexual or a “dissident.”

When will we learn that those are differences that make us grow as human beings and as a society? Accepting them is how we will show that our social system is better than what external forces want to impose on us.

One thought on “The Cuban Film “A Girlfriend for David””