HAVANA TIMES — The accusation that the Cuban government is sponsoring “international terrorism” is not only false, but even former US President Jimmy Carter admitted in his last visit to Cuba that there exists ongoing intelligence cooperation between Cuba and the US in the fight against that threat.

In fact, everyone knows that the Cuban Five — who were unjustly sentenced in Miami to long prison terms as victims of the conflict between the governments of Cuba and the United States — were imprisoned partly because the Cuban government was cooperating with the US when it sent intelligence information to American authorities concerning the activities of anti-Cuba terrorist groups in that country in an attempt to stop the bombing of tourist installations on the island in the ‘90s.

This information apparently served US counter-intelligence agencies in their work against the Cuban intelligence network.

In this same respect, one cannot underestimate the signs of serious operational errors committed in Cuba’s the handling of its own “Wasp” network after the “restructuring” of Cuban political intelligence by the intelligence and counter intelligence forces in 1989. This may have facilitated the work of the FBI.

Given the history of hostility between the two countries, if the US had seriously believed that the Cuban government was sponsoring international terrorism, it would have most likely suspended that cooperation with the island and joint efforts around other regional security matters, such as their coordinated activities aimed at stemming the illegal trafficking of narcotics and people.

So what’s behind this cynical policy of the Obama administration, which on the one hand is working with Cuba to fight terrorism and the other including Cuba on its list of terrorist sponsors?

This is indeed a duel-tracked policy that aims to justify the reasons for the continuation of the US economic blockade, which mainly affects the foreign economic maneuverability of the Cuban government.

In this way it is preventing the Cuban government from receiving money from commercial trade with the US or financing from other countries.

The fault of the blockade?

Consequently, for the island to achieve economic solvency, this limits the Cuban bureaucratic state to the veritable looting of the masses of government workers and the population as a whole.

This is reflected in the high-tax rates imposed on the incomes of Cubans who work abroad, those who are self-employed and on people who receive remittances from relatives abroad. 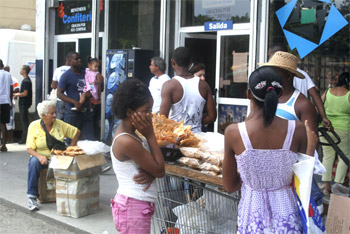 Other factors involved in this looting include the dual currency, continued low wages for workers, the proposed massive layoffs, the high prices demanded at stores through the state’s monopoly over the domestic market, increased customs duties and the expensive fees for immigration procedures – to cite only the most alienating factors.

It is not the imperialist blockade that is responsible for these predatory, anti-popular economic policies of the Cuban party-government.

It is the Cuban government’s own fault in that it persists with its failed wage-labor-based, centralized, monopoly capitalist model, which hides under “state socialism” and yet remains trapped in the contradictions of its own injustice.

The results has been a bureaucracy that preys on the nation’s income, a bureaucracy that is in turn incapable of organizing an efficient economy or generating confidence within the international financial system (owing to the country’s non-payment on its large foreign debt and because of it withholding the funds of foreign companies). 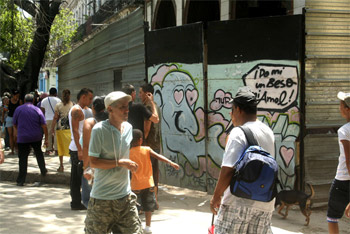 To gradually phase out state monopoly control over the economy and to prioritize forms of self-managed and cooperative production with wide access to credit facilities and markets, to actively lower taxes and to permit self-employment in all occupations and economic sectors are parts of our proposal.

This of course seems impossible without the bureaucratic class being weakened, and without also developing a policy of democratization and national reconciliation that would eliminate all sectarianism and discrimination by reason of politics, religion, race, gender, region and others.

This would require the participation of all Cubans in the solutions to our problems (including the diaspora) on equal terms.

Nevertheless the party-government is trying to ignore the calls from the left that emerged from the revolutionary process itself. They are even violating the “Guidelines” that came out of the Sixth Party Congress (April 2011), as shown by their refusal to promote a broad law on cooperatives. Instead they talk of reduced actions around this issue to a few experiments. Their hope is to later on — in a few years — issue such legislation when it will be too late to avoid disaster.

As long as the government-party persists in its state-centrism, its sectarianism, its mono-party political model, its hyper-controlled electoral system, its attempt to ignore the existence of other thoughts and approaches to economics and politics in society, the “solutions” within its reach will be ones that do no more than exhaust the Cuban people even more.

Are those on top so stubborn and unwilling to share power with the people and workers?

Or is there a counter-revolutionary group acting from above that is doing everything possible to prevent the necessary movement toward the socialization of the economy and the democratization of politics”? Are they seeking to end Cuba’s attempt at socialism by playing imperialism’s game?

Or is there is a tacit congruence of these factors? As has been said previously, immobilism is regaining ground. 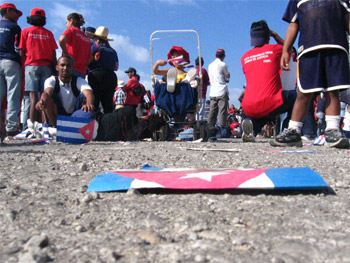 The US knows that the bureaucratic neo-Stalinist-style system — by maintaining the failed and inefficient wage-labor-based, centralized model and lacking of external financing — can only be maintained through an increasing level of exploitation and oppression of the workers and the people – a contradiction they hope will come to a head sooner or later.

At that point, they believe, the “ripe fruit” will fall into their hands.

This was what happened in the USSR and the “socialist camp.” The Cuban party-government seems to have failed to assimilate the experience, or perhaps the “historic leadership” is too confident that there will be no “deluge” until after their disappearance. Notwithstanding, imperialism learned the lesson well.

If the Obama administration doesn’t find “solid” justifications for its policies of blockade — now internationally discredited — it will have to invent them.

Otherwise it would be difficult not to accept free trade with the government that is referred by them as the “communist and tyrannical system of the Castros that has reached the point of threatening the nuclear security of the United States” or to even provide opportunities and resources for its “survival,” with all its consequences for their domestic electoral politics.

As the “Castros” are unwilling to pass the baton in order to move forward toward the lifting of the blockade or toward any serious rapprochement on the part of Cuba, imperialism will have no choice but to exert pressure in this direction with the hope of increasing internal opposition as long as they are still alive.
—–