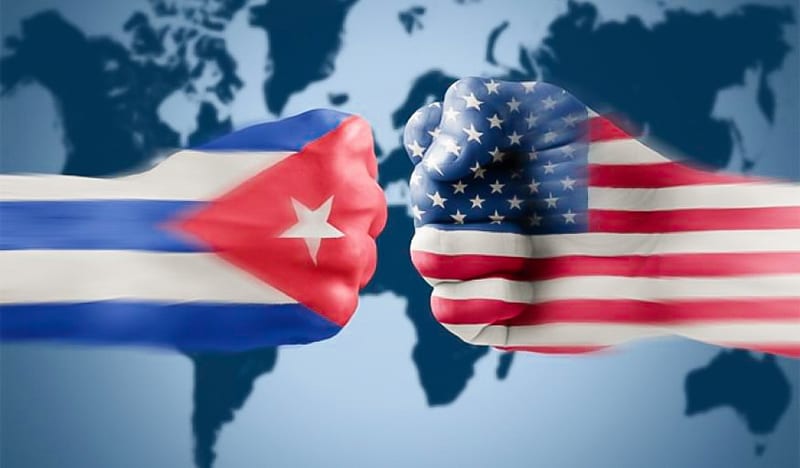 HAVANA TIMES — “The United States has no friends, only interests,” confessed John Foster Dulles, Secretary of State in the 1950s. One could add that freedom, democracy or human rights only seem important to Washington in those countries where its interests are endangered.

In 1965, the US invaded the Dominican Republic to support the military dictatorship that had overthrown the democratically elected president. Tens of thousands of US soldiers landed on the island to save the violators of democracy.

Five years later, the Secretary of State, Henry Kissinger said: “I do not see why we should sit idly by, watching as a country becomes communist due to the irresponsibility of its people.” It was the green light to overthrow the democratic government of Salvador Allende.

Later, they supported all the military dictatorships in Latin America and collaborated in the “Condor Plan”, which was the globalization of repression. They did it while blocking the participation of Cuba in the OAS for not being a democracy.

Obama visited Cuba and met with dissidents. However, he did not contact the Saudi opposition when shortly after he traveled to that country, where there is no democracy, elections or religious freedom and women are forbidden even their most basic rights.

With such double standards, relations between Cuba and the United States will be difficult. The centenary tug-of-war between the two nations will not end while Washington considers the island within its sphere of influence and Cubans insist on running their own show.

The history of conflict goes back to the “ripe fruit” policy, including independence without the presence of the mambises, and several invasions of the Marines, authorized under the Platt Amendment. Later came the organization of the Bay of Pigs invasion, support for the rebels in the Escambray Mountains and the economic embargo.

Throughout the island’s history those seeking Cuban independence have been at loggerheads with the interests of the most powerful nation. National sovereignty was forged by revolutions, the mambises first, the one in 1933 and later the one in 1959.

They have had to spend over 50 years of open confrontation, which even brought the world to the brink of nuclear war, so that a tenant of the White House would finally admit that “the United States has neither the ability nor the intention to impose changes in Cuba” .

This bilateral struggle has been the “norm” so academic Luis Suarez proposes “anormalizing” relations between the two countries. However, can it really be expected that the world’s leading power will not try to influence a small island located 90 miles from its shores?

Like it or not, the “normal” in this world is that such a powerful nation will always try to exert political and economic “influence” on neighboring countries, be they a messy backyard or a garden with lovely flowerbeds.

But they say in Cuba that “the drunkard thinks one thing and the shopkeeper something quite different,” so if “normal” are the hegemonic pretensions of the great power, the desire for Cubans to be independent are also “normal” and just.

Throughout history there was always a group of Cubans fighting to gain greater opportunities for independence. In some periods they were many and in others just a handful, but one must recognize that the flame never extinguished.

This spirit survived even the times when the US ambassadors complained that the governments of Cuba did not take a step without consulting them. You would think that in the future many will not accept the tutelage of the United States over the Cuban nation.

In this clash of interests it is difficult to be able to establish cordial and respectful relations. If Washington interferes in the communications of the President of Brazil and the German Head of State, why should they allow the “free will” of Cuba?

At the most you can hope for is a more “civilized” confrontation and that US attempts to influence politics and the economy of the island are less aggressive, and that the response of Cubans follows suit, without conditioned reactions.

US policy changed and that forces Cuba to also change its strategy. Nowadays it wouldn’t occur to a Vietnamese general to storm the US embassy because now Washington tries to influence the national economy.

Obama continues to fund dissent and expands its work to the self-employed, cooperatives and small businesses. However, when he acknowledged in Havana that the US has no right to intervene in Cuba he put in the hands of Cubans a key weapon for negotiating future conflicts.

The two countries are ending a hard phase of bilateral confrontation and enter a new one more advantageous for the Cuba. Nonetheless, the next stage will require much political ability to “de-escalate” the conflict with the US, without losing the sovereignty obtained.

40 thoughts on “The Endless USA-Cuba Dispute”