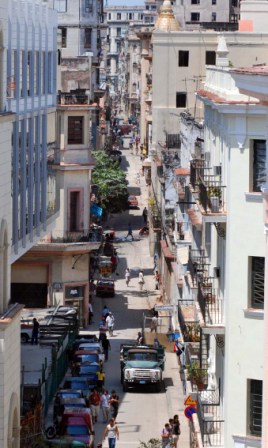 HAVANA TIMES — By the time Jimmy Carter finished his first term, he wasn’t doing too well. Nevertheless he was hoping to be reelected, as would be expected, though he would have to come to grips with the Iranian crisis, the state of the nation’s economy and Cuban immigrants.

Carter lost the race to the cowboy Ronald Reagan, and in the middle stood the “excludables”: roughly 2,000 of the more than 100,000 Cubans who had traveled to the United States at that time to remain there permanently.

The Republican president determined that those individuals didn’t meet the basic legal requirements to remain in the United States, so he had them sent back to Cuba.

Prior to leaving the island, many of them already had criminal records, which were added to by their lives of crime in the country that had provisionally accepted them. They lived there in the US for years, learning the street English they would later use in their native country as a means to continue earning a living.

One afternoon in Central Park I met Peter, a short English-speaker with black hair, about sixty years old, and proud of being African. Smiling, he revealed his intriguing origin as he spoke about the Seychelles, the small group of islands where he was from; these are situated in the Indian Ocean yet are a part of Africa, geographically speaking.

Along with this enigmatic English-African, talking in his native language was a Cuban named Amaran, known among those who sit around the park conversing as one of those “excludables.”

He got into a taxi with the two us en route to the National Ballet of Cuba, a ride that Amaran took advantage of by trying to sell us everything from Havana cigars to a caravel made from precious woods. These items were systematically rejected by the English speaker, who was focused on the upcoming showing of a documentary about the aptly named “four jewels” of our nation’s dance company: Loipa Araujo, Aurora Bosh, Mirta Pla and Josefina Mendez.

Salvation finally came because our companion excluded himself from the activity, considering it to be something for “cupcakes,” in addition to being boring to him. So, we dropped him off and headed on our way to witness those classics of dance.

The next day, Peter and I found ourselves near the corner of 23rd and 10th streets in the Vedado district, exactly in the lobby of the Charlie Chaplin Theater. This time, after customary greetings, he said, “Don’t you think we have time for a beer?”

From that time on, this man from Seychelles, an eternal traveler, has been my friend.

But more surprises were awaiting me with people of Shakespearean speech, not exactly the language of the excludibles, though understandable among them…sadly enough.

Sitting on the Havana’s Malecon boardwalk, I met a producer of the London-based BBC. He was armed with powerful cameras yet eager to learn about Cuba. I invited him to La Abadia, a site whose ceilings remind one of typical British religious architecture, and where they also offer excellent mojitos as reasonable prices. Just as the conversation started, I heard a familiar type of English being spoken by one of my compatriots (I’m sure you can imagine who it was).

This “old friend” attacked quickly and directly, asking the Londoner in an imposing manner to break a 20 CUC bill, wanting two 10 CUC bills as change. As he looked at me out of the corner of his eyes with the usual signs, I said, “We don’t have any change.” I then added, “Please, go to the cashier.” The “excludable” looked at me as if I were one of his former jailers in Cuba or the United States, upset with me for not being supportive of his “friendly request.”

Perplexed or intimidated, my BBC friend had almost been ready to comply with that unexpected order from this interlocutor who was trying to cheat him. Having no doubt about it from the beginning that the bill was a fake, I would have wound up being the accomplice to a scam, losing a potential good relationship, gaining nothing except disgrace. And this all for the emotional blackmail which says between Cubans we must cover each other from faults when it comes to money and tourists.

Still this impertinent guy repeated his attempt, which was when I objected to the waiter, demanding his help in removing that crooked character from our environment. He finally disappeared, but his prints remained on the path.

The man from the British Broadcasting Company had accepted an outing with me for the next day at one o’clock. To my way of thinking, punctuality is a manifestation of culture, and something proverbial when it comes to the English. This time the dark shadow came true because the Londoner failed to show up at the designated time. 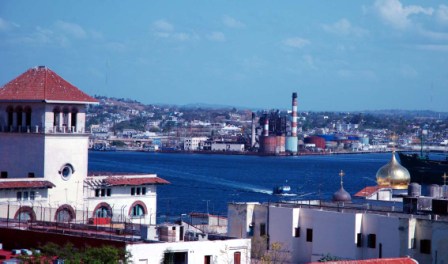 It was Sunday, so I had come with my little godson, who amused me in my discouragement over the get-together having fallen through. We waited for an hour, walked along the Malecon and returned exhausted to the planned meeting spot.

Finally the nicest thing happened amid the fears born from the night before: Mr. BBC greeted us apologetically and at the same time was visibly relieved when he saw the boy who would be his other guide that afternoon.

We ended up eating at a somewhat exclusive restaurant, something away from the center of town called “El Pedregal.” It’s a really beautiful place, surrounded by fountains full of fish and where you can truly breathe clean fresh air.

The Englishman didn’t know how to apologize, and then fatigue — along with the drinks —he did the unusual thing of letting my godson playing with those so terribly expensive cameras, which were also too heavy for the child.

We returned to the hotel after exhausting all of my modest idiomatic arsenal. The man was generous, even paying for our taxi and thereby ensuring our comfortable return home.

This time I didn’t dare tell the driver to leave us a couple of blocks away from our destination because next to me was riding a little person who wasn’t an “excludable” at all, quite the contrary, this was someone to whom was owed a lot for the “climate change” between the afternoon and evening of that excellent day.
——
Vincent Morin Aguado. [email protected]

One thought on “The “Excludables” and Tourism in Cuba”