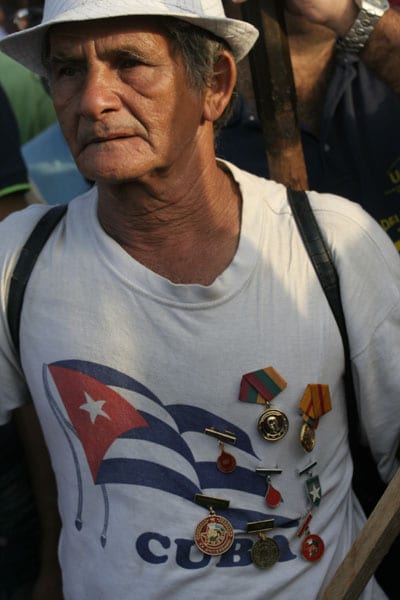 HAVANA TIMES – As a young Cuban, I suffered in my own flesh the Batista dictatorship.

As a young Cuban, I joined the generalized euphoria of January 1, 1959.

As a young man, I accepted the justice of the revolutionary laws that set the country on its head.

I knew that, due to my social background, from those moments I was going to have less.

I realized that, from my Jesuit formation reinforced by the teachings of Jose Marti, superfluous possessions were not necessary, and that sharing and surrendering were.

I received offers to work abroad and, as a young patriot, I did not accept them.

As a young patriot, I joined all the epic efforts (major and minor) to which my generation was summoned.

As a young patriot, I renounced a personal vocation for a greater social vocation.

For some of the above reasons, and for trying to be consistent with them, I suffered, along with other colleagues, the incomprehension of the bureaucracy and more than one opportunist.

By rebelling against this incomprehension, we suffered harsh sanctions in the name of the revolution.

By knowing that we were not more important than the country we continue to live punished and with the same convictions.

Again, as a young patriot I gave up another personal vocation for another major patriotic vocation.

Like millions of young Cubans, I gave up vacations to cut sugar cane, harvest potatoes, clean fields sown in sweet potatoes, work on the docks, clean up shit in dairies (strangely, some of the tasks they imposed on me as a punishment).

Not so young, I witnessed with grief how old comrades, some of important battles, left the country. They believed that their personal goals were more important than the dream.

Although some consider them deluded or outdated, I’ve also witnessed how former comrades, of important and minor battles are still young pursuing an elusive Utopia.

Arriving at an age when many justify leaving the sacrifice behind, I refused to grow old and accept cynicism or disbelief as a beacon. I keep searching, because the search is a form of the encounter.

This is not an autobiographical summary: it is the brief account of the lives of millions of my brothers and sisters.

14 thoughts on “The Mentality of a Cuban Revolutionary”