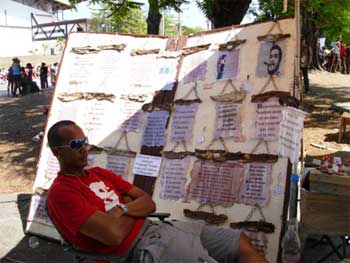 HAVANA TIMES — In 1902, the United States government turned over a crippled and severely war-torn nation to a group of privileged upper class opportunists. They dismantled the Army of Independence and replaced it with a corrupt Rural Guard where blacks could not rise above the rank of lieutenant and a police force that excluded blacks altogether.

The government was formed by a cadre of preselected lackey politicians who, through an electoral farce in which illiterates, women and those owning less than $500.00 in a war ravished nation, were precluded to vote.

Black Cubans were marginalized to the worst neighborhoods. Education was segregated and privatized. Government jobs were prioritized for those of Spanish ancestry. Private companies excluded blacks and mulattos from large enterprises, banks, utilities, transportation, commerce etc.

In a carefully conceived plan, Teddy Roosevelt encouraged a selective migration of over 71,000 Spaniards from the Canary Islands, hoping to bleach the country, dilute the demographics and tip the voting balance.

Thousands of them received agricultural lands for the development of tobacco in western Cuba or at discount prices elsewhere. Blacks and mulattos received none.

Hoping to find a way to overcome this severe marginalization, segregation, and various inequalities that afflicted blacks and mulattos, former members of the Cuban Army of Independence, workers, intellectuals, housewives and some whites, came together in 1908 and founded the Independent Party of Color in Havana.

Rather than welcoming this socio-political development, the dominant class and the media unleashed a barrage of accusations against them accusing them of being sectarian, allied with the United States embassy, and attempting to create a black republic like Haiti, being violence-prone, rapists and believers of voodoo.

Although even by today’s standards, the Independent Party of Color programmatic platform was the most advanced at the time, it was withheld from the public and routinely distorted. Following were some of its most outstanding objectives:

The Independent Party of Color was subjected to constant police harassment, incarceration of its leaders, regular suspensions and finally, with the help of an unprincipled, sell-out black congressman, an amendment was passed forbidding the formation of political parties based upon racial affiliation.

Left with no other option, 10 years to the day of the infamous proclamation of the 1902 pseudo-republic, hundreds of poorly armed or unarmed members of the party, rose up against the government to express their displeasure with the prevailing environment primarily in the provinces of Oriente and Las Villas.

The government of President Jose Miguel Gomez assembled the largest military strike force to date under the command General Monteagudo, head of the Cuban army, which entered Yateras, Guantanamo, Songo-La Maya, Micara and Santiago de Cuba, slaughtering every black or mulatto who happened to be at the wrong place at the wrong time.

The United States army participated indirectly by relieving many military posts in Oriente. In a report from General Monteagudo to President Jose Miguel Gomez he wrote that the massacre had become butchery in the woods in which it is impossible to determine the number of casualties. Unofficial reports put the toll at between 3000 and 6000 individuals.

In a clear attempt to teach a lesson and terrorize blacks and mulattos, enraged soldiers and urgently enlisted volunteers, paraded mutilated bodies on horseback through towns and villages, while carrying bags with ears, cut-off from their victims.

Adding insult to injury, a huge victory luncheon was hosted in Havana Central Park by President Jose Miguel Gomez, where the best and brightest of the Cuban society, including Ismaelillo, the son of Jose Marti, celebrated the country’s worst and most horrendous bloodbath, tarnishing its history for a lifetime. 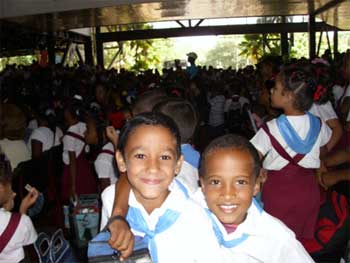 Then on May 18, 1936, one of the most ornate, glamorous monuments in Cuba was dedicated to Jose Miguel Gomez, the mastermind and executioners of this crime, on President’s Avenue in Havana.

Inexplicably 100 years later, no political party, religious organization, humanitarian association, workers union or governments, have had the courage, decency or dignity to erect a wooden cross, plant a tree or light a candle in Songo-La Maya for the victims.

Following this brutal massacre, a huge official veil of complicit silence, wrapped and hid this repulsive chapter, expecting it to disappear as other oral history. Just two paragraphs, as an epitaph in our bourgeois history books, reflect on it.

Our nation has failed shamefully to educate our children, publish books, and produce films or TV programs about this barbaric behavior, which remains the only resource available to us to help us eradicate lingering prejudices and preconceptions in our society.

The triumph of the Cuban Revolution in 1959 and the present government has nothing to do with this horrendous page of our tragic history. In numerous speeches, government leaders at the highest level have denounced this scourge in our society to no avail.

After the collapse of the Soviet Union, the development of tourism, joint-ventures and corporations in Cuba, racism re-emerged with a viciousness and virulence that has spread across the country like a wildfire, devouring much of the core values of our nation.

To assume, that such brutal and overt racism, segregation and marginalization of our society could have taken place without capturing the attention of our authorities, is implausible to say the least.

Blacks were not employed at front desk jobs, managerial positions or even as token leadership in the tourist industry.  Most were limited to be in the kitchen and gardens, clearly away from all access to hard currency.

A code word became popular among human resource employees for not hiring certain people, was not having “fine features”.  Police patrols on Obispo St. and other tourist area, became internationally renowned for their overt racial profiling.

The Cuban government did not introduce racism, segregation and marginalization to Cuba, but after 50 years in power, with every possible resource at its disposal and an effective information gathering capability, the government cannot abdicate or deny its full responsibility in the perpetuation and tolerance of this social aberration.

The past three years in Cuba have seen the first serious, profound, concerted attempt by the government to deal with this repulsive issue. Numerous seminars, conferences, and symposiums, are discussing this matter across the country.

A discrete attempt to reduce demeaning performance by blacks in TV programs and films, a mildly more balance composition of soap operas etc., seems to be responding to a generalize outcry of the population.

Every honest person, whatever their personal views maybe of the Cuban government, must commend and respect the courageous, unprecedented and firm corrective steps that president Raul Castro has implemented to deal with this thorny issue.

Unfortunately, the severity of the level of marginalization, segregation, poverty, desperation, tension and social instability that is breeding among this sector of society, cannot wait or do not understand most of the heated theoretical, intellectual discussions that are taking place everywhere.

For hundreds of thousands of blacks and mulattos, trapped by hunger, despair, living in infrahuman condition and unfulfilled hopes in slums across Cuba, this is not a matter of academic or philosophical analysis.  For them, immediate solution and a means of survival are the only game in town!

For these and other reasons, I have not been drawn into the understandable and bitter arguments of some, who believes the monument of Jose Miguel Gomez is a national affront and should therefore be removed.  Then what?

I prefer to believe, that the Cuban government must commit itself immediately to build a human development monument to the Cuban people, beginning with those in the Yateras-Guantanamo-Santiago de Cuba corridor, where thousands of members of the Party of Color, were slaughtered exactly 100 years ago. They died not for asking for anything for themselves, but for demanding justice, equality and fairness for all.

11 thoughts on “The Most Tragic Date on the Cuban Calendar”