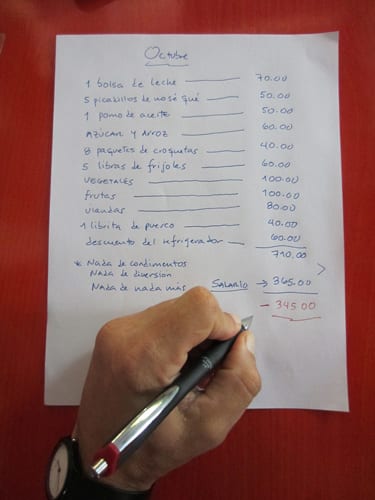 HAVANA TIMES — More than one friend of mine has been taken aback by my decision to retire at 38 years old, when the logical thing to do would be to work more or less this same amount of time before retiring. Even my friend Jorge asked me if my stay in Venezuela (working in cultural promotion) for two years had filled my pockets with enough money to leave my job at Havana’s Centro Provincial del Libro and to live indefinitely off this money.

The truth of the matter is that I could have come back from Venezuela with more money if the Cuban State had decided to respect my job contract. Instead, without previous notice, they pulled out a handful of speeches, tales of long-forgotten achievements, the image of ‘80s internationalism, and decided to cancel the 190 CUC a month deposit (about $210) since January this year. As if that wasn’t enough, the months I never got paid for November and December and there were no signs that they were going to neither. When so many disappointments surround us everywhere, what does one more matter.

There were so many Cuban aid workers that requested to return immediately to Cuba and so many in Cuba that no longer wanted to go to Venezuela on a government assignment that they had to re-establish the monthly deposit starting in July. With the difference that now they pay 150 CUC and nothing is paid retroactive for those that worked from January to June.

“Hey, you didn’t abandon the job!” was the cheerful greeting Jorge gave me when we ran into each other on Calle Obispo. No, I didn’t leave. I came back, in July, with 1000 dollars less in my pocket that I expected to have, but with an End of Mission certificate. That is to say, with the official recognition they give to those people who fulfil their two years service as stipulated in their contract.

I’ve come back, but did I ever really leave? “I never left horrifying Chile”, the poet Enrique Lihn once said. You never leave a country. Everybody knows that you carry it on your back wherever you go. You leave a bit of land and you take with you a language, some unforgettable faces, a somewhat uncomfortable nostalgia. You leave behind what is barely a home and take with you your radiating poverty, a few dreams to fulfil. And when you come back to the places you never left, you’re somebody else. That’s it.

“Don’t you feel strange?” Jorge asks me as we walk through the raised cobblestones on the Calle Obispo. They are currently renovating this main street, and yet swarms and swarms of tourists continue to stream along. “Have you gone back to work yet?” he asked.

I’ve retired, I say in all seriousness, but Jorge thinks I’m joking. “They’ve retired you? Have they given your job to somebody else?” They haven’t retired me, I retired, I correct him. “Don’t mess with me, man, tell me the truth,” says Jorge. I understand and say “I’m retired” as if I’d really receive a retirement check at 38. I say “I’ve retired” when I should really be saying, I’ve stopped working. I won’t get the cheque, the goddamned cheque. Full stop.

“But, what’s made you do something crazy like that?” He points to a more quiet street, almost empty if it wasn’t for the three men who gesture and shout out loud. We leave Obispo, the large trench which swallows plastic pipes. A bicitaxi appears, and parks in front of a café. We read the menu. The sign on the front of the bicitaxi’s handlebars reads: “Cry if it hurts”. Two omelette sandwiches and two fresh juices. Twenty pesos. That’s double your salary for a day’s worth of work at the Centro Provincial del Libro. But you have to have a snack in order to resist. We should feed ourselves in order to chronicle our desperation, the failure of similar days to come.

It’s not crazy, Jorge. It’s better for me to stay at home. I spend less if I don’t leave the house. I earn more money if I stay at home reading, writing reviews or articles for one website or another. It’s not much, it’s a tiny amount what I earn, but at least I’m being paid to write, to read and that’s always worth more, a lot more, than if I went to work committing suicide every morning when I get on the P7 bus that vomits me up in Parque de la Fraternidad in a ball of sweat. Whilst I finish off my guava juice, Jorge begins to understand where my retirement is going, why I left my job as a specialist in promotion, why I said No to the job centre which acted as if it paid me and I as if I worked for them, a seemingly innocent game, but tomorrow you wake up, you’re 60 years old and all you can say to yourself over and over again: how did this happen? How could this happen to me?

It’s not crazy to leave on time, Jorge. I can still live my counted days on this Earth, enjoying what I’ve always wanted to: reading, writing and loving, without living the depression of seeing the face of a salary that mocks me, and the time and the effort which I’ve given for it. Honestly, Jorge, it’s not as crazy as you might think. Tomorrow, maybe when I’m 60, and salaries aren’t a sick joke, nor a ghost which doesn’t dare show its face, maybe that morning I’ll decide to come out of my exile and go back to work. Who knows. But for now, I’m staying at home, Jorge, in my self-exile.

One thought on “The Noble Profession of Leaving in Time”