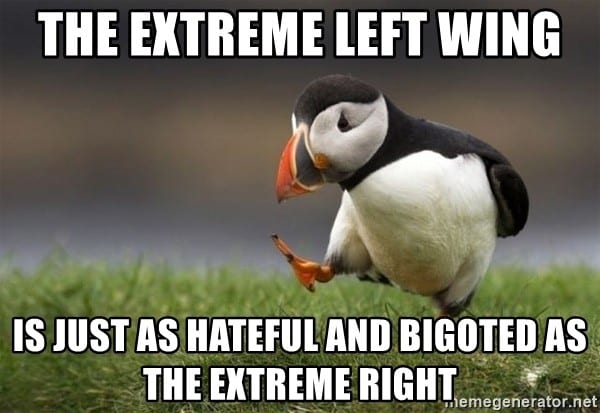 HAVANA TIMES – In our region, the terms “Left” and “Right” have become fashionable recently as a result of the renewed pitched battle between both groupings. It’s almost a battle to the death, when it should be a “cordial” conflict between adversaries who respect each other.

The historic roots of this terminology date back to the French revolution, when the National Assembly debated an article in the new constitution which would uphold the King’s veto power over Parliament.

Something like Article 5 in Cuba’s constitution, which upholds the Communist Party as the absolute supreme power of Cuba. Supporters of this elevated dose of autocracy sat on the right side of the assembly in 18th century France, while those who opposed them, supporters of the people’s sovereignty, sat on the left. And, it’s been our political terminology ever since then.

Back then, capitalists, as well as workers, belonged to the Left, generally-speaking. And the high-born, along with the clergy, belonged to the Right. The former: progressives and democrats. The latter: conservatives and autocrats. That’s to say, the term “political left” was linked to democracy, progress and defending the majority’s interests, ever since its conception. While the “right” was linked to conservatism and the elite’s political and economic privileges at the expense of most of society.

Future historic events turned the triumphant left into the “radical wing” in some places. The Soviet Union became an example, where Marxism was combined with Eastern tyrannical traditions and militarism. The result was a counter-productive and perverted symbiotic system, not because of its objectives so much as its moral “ways” and principles, which strayed from the real socialist and democratic ideal. Social democracy in northern Europe salvaged the honor of the democratic Left and had some important victories.

Of course in the long run, extreme socialism’s important victories gave in because as Marti said in his article about Marx’s death: “…without a natural and laborious gestation, children are not born viable from a nation in history or from a woman in the home…”

However, the idea that Leftist dictatorships or authoritarian socialism is just “the Left” or “Socialism” is still present in the world’s collective belief. Confusion which is skillfully manipulated by the extreme Right, which is as much an enemy to democracy as the extreme Left is. -+

Today, the democratic Left, who resist these stigmas, continues to defend the original concept with ideals of democracy, progress and equality for all. Inevitably respecting the interests of the most favored classes in society, but without undermining the rights of the majority.

Yes, the authoritarian or “revolutionary” Left continues to be a hindrance with its radical vision of wiping out capitalism and hijacking the people’s sovereignty. They pretend to be democrats a lot of the time in order to do this. Such is the case with Chavistas in Venezuela and Sandinistas in Nicaragua. However, that doesn’t mean to say that all of the Left is prone to morph into totalitarianism; it just proves that there are swindlers on all sides.

But, it’s a fact that there are extremely grave conceptual and ideological problems in the democratic Left. That’s why they are associated with the tyrannical Left in many aspects, beyond the ethical. Especially with Cuba, whose doctrinal influence seeps through a lot, because of the Cuban system managing to survive for six decades and the temptation of making the most of Cuban cooperation efforts in social matters, which compromises them a great deal.

It’s no wonder it lost out on the boom of electoral victories in the first decade of the millennium which the huge mistakes neoliberals made gave rise to. The worst thing is that far from admitting their mistakes, they justify them by following extreme Cuban “logic”, blaming Imperialism and the internal enemy. Progressive intellectuals contribute to this a lot, still married to the old paradigms that prevent them from understanding these new times and new needs. And, they end up behind the times.

However, it’s not only the Left that takes an authoritarian turn. The same thing plagues the Right when it feels threatened and its radical/tyrannical wing end up flourishing, as a defense mechanism. This happened after Socialism’s post-war victory and it resulted in many dictatorships in our region “in order to keep the Communist advance in check.” And recently, they showed their teeth in Honduras, trampling all over democracy in order to prevent a constitutional referendum from being held which was called for by the Left.

Therefore, assuming that the “Left” means dictatorship and the “Right” democracy is wrong. You can make mistakes out of ignorance, but it’s normally out of manipulative opportunism more than anything else. Dictatorships in Saudi Arabia and Oman are right-wing, for example; just as is authoritarianism in Morocco, Singapore and Russia.

We can deduce that only radical movements, both on the Left and Right, threaten democracy today. The two political stances essentially differ on their ideas about social investment and the role of the State in society.