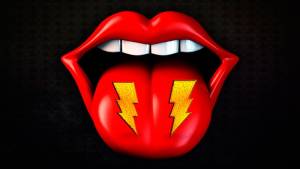 HAVANA TIMES – I’m desperate for the Rolling Stones concert in Cuba to begin and to end. I have nothing against rock’n’roll, quite the contrary, it is one of the few rhythms that I can dance with a minimum of expertise. Although I must confess that I was always more a fan of the Beatles.

My problem with the Rolling Stones has nothing to do with the music but instead with electricity. For a week now, every time the workers light the stage where the group will perform the power goes off around the neighborhood. Some days we’ve had power cuts from  8:00 a.m. to 5:00 p.m.

They announced that this is the biggest stage assembled in the history of Cuba but said nothing that it would also consume the most electricity. Next time it would be good to bring power plants, solar panels or windmills.

I cannot believe that such a group does not have their own generating capacity and is forced to steal mine and that of my neighbors. You cannot imagine what it has cost to keep our website in cyberspace and refrigerated foods so they do not spoil. All for culture.

5 thoughts on “The Rolling Stones Cuba Concert and Blackouts”