HAVANA TIMES – In 1985 I left the desert for a job in Kansas City, Missouri, a city that had long been racially divided. I moved to have the chance to live closer to my family in St. Louis and take an interesting job.

Two years later, I was offered a position as director (and sole employee) of a day drop-in center for street people. Thankfully, I was able to get an assistant about a year later.

It was a late spring afternoon in 1988, long before the Black Lives Matter movement began.

I was walking from my downtown office at the Homeless Center to a nearby social service agency.

Suddenly a young Black man dashed across a vacant lot with four policemen in pursuit. Three of those men were white, one I thought might be Japanese.

Suddenly, the young man’s shoe slipped off, and he knew it was over. He stopped, raised his hands, and turned to face his pursuers.

I’d paused to watch, of course. But I was shocked when the first cop to reach the man began to beat him with his club. The victim covered his head and he was hollering, “No, man! No! I stopped!”

Without even thinking, I ran over and hollered at the cops to stop. They did. Not because I’d told them to but because they were surprised at my interruption.

One of the white men walked toward me and said I had to leave or I’d be arrested for interfering with police business.

I walked away but continued to watch, standing there as they handcuffed and hauled their captive back across the lot and around a corner.

I didn’t follow them, but today I wish I had.

What I did do was write a letter to the editor describing the event. I told the paper I wanted my accounting printed anonymously, but they refused, saying the paper required that my name be on the letter. 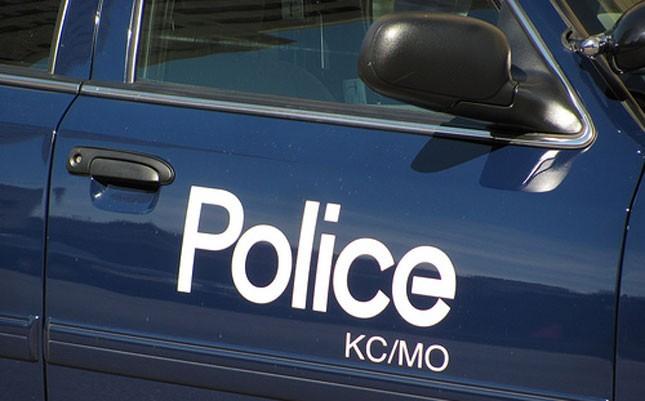 I had to think about that for a bit. Kansas City police were well known at the time for basically doing whatever they wanted to do. But ultimately, I agreed to having my name printed.

The next morning, my assistant opened the Homeless Center and I came in maybe twenty minutes later. There were a dozen or so men already there.

When I walked in, one of them waved the newspaper and they all began to cheer and applaud. One guy borrowed my scissors so he could cut out the article and put it on the wall. Suddenly, I was a hero.

Within an hour, I got a call from the Chief of Police. He wanted to know if my letter was true and I told him that of course it was. He asked if I thought I could identify the policemen, and I said I believed I could.

I walked same route as I had a few days before, this time passing the social service agency and nervously entering the police station. The captain himself met me and escorted me to a room that had a few dozen photos posted.

I identified all four who’d been there, first telling him who’d swung the billyclub and next which one had threatened me with arrest. Then I quickly pointed out the other two. The whole ID process took me under a minute. The men’s faces had burned into my brain.

I was notified about a week later that all four men had been put on leave and the one who’d swung the club had been demoted.

I have no idea if the man who’d been beaten was satisfied with the outcome, but I was. I wondered if the Black man had been surprised by my intervention. I also wondered if the police had beat him more later because of it.

Since it was Kansas City, I was truly uncomfortable for several months afterwards. I never sped. I made complete stops and always used my turn signal. I waited at crosswalks until the light was green and didn’t even consider jaywalking.

I didn’t want anyone in the department to have even the hint of an excuse to ticket or arrest me for anything.

All was well at the Center until mid-summer when one morning one of the guys came tearing in, running through the big main area and heading out the back. I dashed out of my office to see what was going on and almost collided with a cop in pursuit. I remained in front of him as he screeched to a halt.

I chewed him out for chasing through the Center and told him he was welcome to visit but that our space was off limits for chasing and arresting.

By then he’d lost whoever he was after, so he just snarled at me and left through the front door.

There was a good crowd there that day, over twenty guys. They first roared with laughter and then cheered me again.

That story circulated for days, and guys who came in only occasionally dropped by to thank me. Some gave me a hug.

Interestingly, after that, the regular beat cop (not the one who’d been chasing a client) came in one day and said he’d like to drop by now and again. He said he wouldn’t be looking for anyone nor be there to arrest anyone. He just wanted an occasional friendly presence.

I about fainted but decided to trust him. I told him it would be okay. The guys weren’t real pleased, but over time, they got to know that cop and true to his word, he never gave anyone a hard time when he dropped in. The guys adjusted and even found they could talk to him, ask him questions.

A simple intervention on a vacant lot and stopping a chase culminated in a bridge-building between the guys I worked with and at least one man, one tiny piece, of the Kansas City Police Department.

Never doubt that one small action can have a profound effect.
—–

One thought on “The Streets of Kansas City”