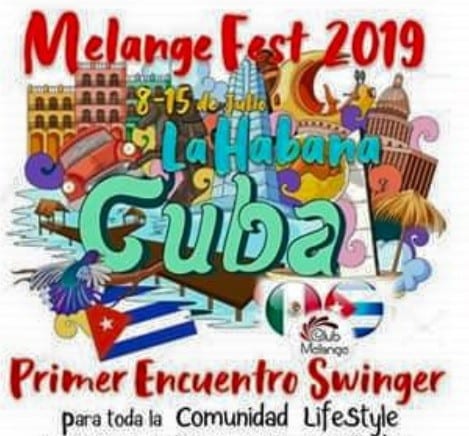 HAVANA TIMES – Sexuality has gone down different paths, throughout the history of the human race. Every relationship has built or dreamt up their own universe. Practices that most people wouldn’t admit, were done in secret.

In Cuba, sexuality has always been governed by the traditional variant. However, we haven’t escaped the swinging movement, which is currently threatening to become a mass movement.

While this form of sexuality wasn’t introduced as a group, it didn’t shock me when a website with thousands of followers was created, which allows them to meet and preach. As well as their “swapping” encounters, they even had a slot on a state-TV show that many people watch, which makes me wonder:

Is this swinging movement, which is a collective exercise, growing spontaneously, or was it created on purpose? Does it have the mission to do away with sacred values such as the family and society, or is it just a bit of fun?

How many times in history have parties in power used psychological practices or methods to move the masses according to their own interests? There is a thin line between knowing about something and accepting it.

If love has always been the most powerful weapon against any kind of tyranny, even in war, then how can we explain that there are now groups popping up who are encouraging a lack of commitment and interest for another person, with its pleasure-seeking and sexual exploration practices.

A movement where spiritual wealth is replaced by temporary pleasure and satisfaction, where romantic love goes straight out the window. The financial interests in social and intimate relationships were already a cause for concern, but now this spiritual degradation has become even more clear.

Some people have searched their entire lives for wealth, spiritual growth, adventures, sexual satisfaction, power, fame or power over somebody else, but the truth is that our desires and ambition is what sets us apart.

It’s interesting to note how sects or groups appear in moments of crisis, sects where it’s natural to take away another species’ life, or to follow a tryant, or religious idols, blindly. The war-hungry have their own club, as do racists and homophobes. In this new age of communication technology, it’s really easy to get followers on a website, new Messiahs are even popping up all over the world.

People only thinking about sexual swapping is really convenient for those hidden forces in society, and it’s very convenient for them that romantic love disappears, and that the love for their country and their families be in doubt. It’s unfortunate that these practices are being encouraged in the name of individual freedom.

Are these new ways of thinking about sexuality a path to human progress, or irrevocable proof of regression?

10 thoughts on “Thoughts about Swinging in Cuba”