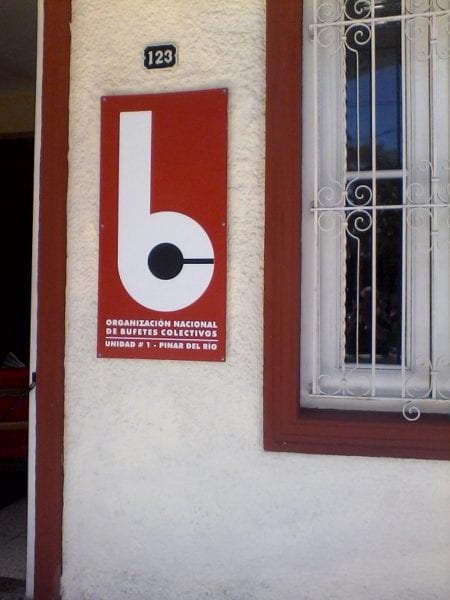 HAVANA TIMES – I recently heard statements made by a board member of Cuba’s Organization of Collective Law Firms (ONBC), listing the virtues of being a lawyer in Cuba and memories came flooding back to me…

“When I’m a lawyer, this whole cake fiasco will finally be over,” I told my wife at the time, one December 31st around midnight. I was studying Law and she was already working as a dentist. However, we got by making cakes, so we could hardly ever enjoy the end of the year or the beginning of the next, as orders increased during that time and we needed to make a bit of extra cash.

When I finally graduated, I began to work in a collective law firm. Private law practice or firms don’t exist in Cuba. You can only practice law if you belong to the government’s National Organization of Collective Law Firms (ONBC).

To give you a bit of historical context, there were two ways of practicing law up until 1974: Private lawyers, who were already subjected to a series of regulations, and those who belonged to collective law firms, which were founded in the 1960s. However, in 1984, Decree-Law 81 was passed, thereby creating the ONBC and establishing that lawyers could only practice law if they belonged to this organization.

To tell you the truth, I had a newbie’s enthusiasm when I first joined. I nearly became a walking encyclopedia of Criminal and Civil Law, the branches I liked the most, in that order. I saw myself as a great lawyer in the future and a well-known jurist, the kind that writes books, speaks at conferences and is invited to foreign universities. I even categorized myself as an associate professor when the spread of university campuses to the municipalities took place.

I went “full in”, ready to take on the world. However, everyday reality hit me and I was forced to open my eyes. How does a lawyer make a living? For those who are interested, here goes the answer: From illegal activities, like nearly every Cuban. Let’s look at a few examples of the rates of services this organization offers and what a lawyer receives.

– A divorce with just cause used to cost 85 CUP (Cuban pesos), lawyers would receive 20 CUP (0.80 USD), three months after the process had ended and the Court had issued its ruling.

– Criminal defense of a crime that could bring a 8-30 years jail time cost 400 CUP, lawyers received 100 CUP (4 USD), and this is the most a lawyer can earn for a criminal case.

These examples give you a vague idea. Anyone who takes a look at these rates will easily figure out that in order for a lawyer to make a measly 500-600 CUP (20-24 USD), including the 100 CUP guaranteed wage for consultations etc., lawyers need to have a good clientele base, a good deal of energy and time.

These rates and wages for lawyers are at least 10 years old and there have been amendments since, but according to former colleagues and friends in the association, there haven’t been any substantial changes to a lawyer’s income in Cuba. So, how does a lawyer make a living?

By accepting presents, working “on the side”; in short, illegally, and risking being disbarred. Nearly every lawyer finds themselves in this situation, they need to do this. Survival forces them to.

Only a select few manage to fill their pockets, the ones who have managed to earn a reputation for being the “best” for some reason, even if they aren’t. And everybody knows this is the case, but they put on airs, starting with the organization’s board. They are light years between the moralist discourse and practice.

This reality wouldn’t exist if lawyers were able to have a private practice, like any other lawyer can in any other country, or like a builder, carpenter, barber can here in Cuba, useful and honest jobs but have been given less social importance than a Law professional throughout history, because of the skills needed.

As a result, I’ve had to continue baking cakes on the weekend for a very long time. That is why, after leaving and having the opportunity to return to the Organization, I decided not to.