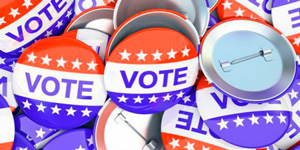 HAVANA TIMES- In the days prior to the midterm elections, a media campaign was launched, urging President Obama to change U.S. policy toward Cuba.

It is obvious that the promoters of that campaign could foresee that the results of the election would translate into a Republican victory, as indeed they did. So, the question arises:

How could the Republican victory influence this dynamics?

As I see it, very little. Before the Democrats lost control of the Senate, everybody knew that the President could not count on Congress to modify U.S. policy toward Cuba, so they were asking Obama to make use of his executive powers, something that they will continue to do in the immediate future.

In fact, as Álvaro Fernández and others have commented, the issue could become simpler for Obama, because of the weakening of pressures within his own party, given the replacement of Democrat Bob Menéndez as chairman of the Senate Foreign Relations Committee.

Now, Obama’s main enemies will be the Republicans, but that will be a constant in all of his government’s actions. Therefore, the topic of Cuba is inserted into the political polarization that has characterized Obama’s administration and everything will depend on his willingness to act in this scenario.

For a long time now, Obama seems to have forgotten his intention to become “the president of all Americans” and seek some accommodation with the Republicans. Now, his options are more drastic: either he decides to act against his adversaries — with the political implications that this carries — or subordinates himself to their designs and becomes a “dead weight” in the nation’s politics, as some analysts predict.

The President’s level of unpopularity is seen as responsible for the electoral disaster suffered by the Democrats. It is true that this happens quite regularly in second presidential terms, but Obama’s case has other connotations because of the social impact his election originally made.

It remains to be seen if, aware of his historical responsibility, Obama is willing to revert the situation and wage battle, at least on the issues that define his “legacy” — not many of them, for sure.

Within this logic, the Cuban issue acquires some relevance. I say “some” because, compared with the enormous domestic and foreign problems facing U.S. policy, the topic of Cuba is of lesser importance.

However, it has a symbolic value that exceeds its real connotations and could help the President improve an image that has been seriously impaired by the lack of determination he has shown in many instances.

In fact, a policy change wouldn’t be a difficult decision, because:

According to exit polls on Nov. 4, a majority of Cuban-Americans supported the Democratic candidate for governor, Charlie Crist (50-46 percent), which confirms a trend that was expressed in the 2010 presidential election.

Most analysts attribute that support to the differences between the contenders regarding the Cuban issue. In a comparison with the 2010 results, Republican Gov. Rick Scott lost 20 percentage points among Cuban-Americans and lost in all counties with a high concentration of Cuban-Americans. This could also be an indicator favoring the Democrats in the 2016 elections.

Although a Crist victory could have helped propel a change in policy toward Cuba, his defeat does not substantially alter the equation prior to the elections. The same happens in the case of Rep. Joe García (D-Fla.)

In the end, the opponents are the same as before, and it is doubtful that their influence will increase substantially thanks to the Republican victory.

Even more importantly, the Republican triumph does not alter the objective factors that justify the criticism aimed at the current U.S. policy toward Cuba.

It is a tired policy, incapable of achieving the objectives for which it was designed, counter to the United States’ own interests, and rejected by a majority of U.S. public opinion, including Cuban-Americans.

To quote the title of an old Cuban radio series: “Fate is in his hands.”

13 thoughts on “US Policy on Cuba after the Republican Sweep”