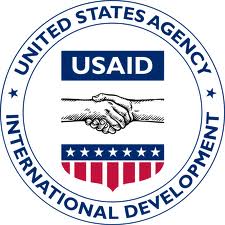 HAVANA TIMES, June 30 — The annual struggle for the $20 million has been unleashed once again in the United States.  The funds allocated by Washington to finance Cuban dissidents are again being fought over, with this year’s confrontation portending to be more virulent than on other occasions.

Senator John Kerry committed the sin of requesting accounting transparency, causing indignation to spread among some anti-Castro groups that act as middlemen to channel money to opponents on the island.

One of those organizations went so far as to turn down their allocation, claiming that for security reasons they couldn’t reveal the channels through which their aid passes nor the beneficiaries.  They fear that USAID is infiltrated by Cuban intelligence.

However, scrutiny seems indispensable given that the heads of some exile groups have already been caught misappropriating funds.  One of them admitted to having stolen a half million dollars destined to dissidence activities.

The last investigation by the congressional General Accounting Office (GAO) discovered that the exiles spent part of the money on everything from PlayStation games to leather coats, electric saws, crab meat and Godiva chocolates.

One of these organizations confessed that they spent US $4 million to send assistance in the amount of $900,000.  Another exile group paid $1.6 million to have “democratic messages” sent to cellphones on the island.

In these ways, despite their statements, some exile organizations have become allies of the Cuban government because each dollar they misappropriate is one less dollar that makes it onto the island to finance domestic dissidence.

One opposition activist explained to me how the assistance system works: “When they come, they spend around $5,000 for their airfare, two weeks in a hotel and for renting a car so that they can leave us a couple of books and a few hundred dollars.”

Despite all this, what the exiles want is for them to be handed over millions of dollars and not be asked how the funds are spent.  Except for USAID, no development agency in the world would have accepted similar conditions.

However, the scandals have been to such a magnitude that the agency’s deputy director, Mark Lopez, had to promise “transparency and accountability in all our programs.”  He also made assurances that the same rules would be applied equally towards everyone.

If I were in the shoes of the American taxpayers, I wouldn’t be getting my hopes up.  Few people dare to face the wrath of the Cuban-American politicians – just ask Jonathan Farrar, the current US diplomatic boss in Havana.

Senators Bob Menendez (D) and Marco Rubio (R) raised the question of Farrar’s capacity to serve as the ambassador to Nicaragua because they considered him to have been too soft on the Raul Castro government.

The “fatal error” of the diplomat was to have sent cables to the State Department affirming that the dissidents lack mass support, are too immersed in personalities and are too reliant on funding from the US.

His comments on the isolation of the opposition were based on a survey conducted by the US diplomatic mission in Havana.  In this poll it was found that 83-year-old Luis Posada Carriles was the opposition figure most well-known by Cuban residents on the island.

The survey was carried out among 236 applicants for visas.  While Posada Carriles was recognized by 67 percent, Marta Beatriz Roque was identified by 43 percent and Osvaldo Paya by barely 29 percent of those interviewed.

Only 16 percent knew of Laura Pollan, the leader of the Ladies in White, and blogger Yoani Sanchez — considered by Time magazine as one of the “100 most influential people in the world” — was recognized by only 2 percent of her nationals.

The diplomats place the blame on the government’s informational monopoly, yet that doesn’t explain cases like that of Oscar Espinosa (18 percent) who for five years had a program on the Radio Marti radio station where he claimed to have a mass audience in Cuba.

To date, tens of millions spent by the US government in support of dissidents and for radio and TV broadcasts directed at Cuba have failed to demonstrate much effectiveness in overthrowing the Cuban government or promoting transition to a “friendly” regime.

One could even say that this funding has produced the opposite result, spreading corruption among the exile community in Miami and creating excessive concerns for money among dissidents in Cuba, as American diplomats admit.

But the biggest damage resides in such assistance helping to discredit opponents in the eyes of a great part of the Cuban people.  If dissidents aspire to become a real political force, what they need are not millions of dollars but millions of followers.

An authorized translation by Havana Times (from the Spanish original) published by BBC Mundo.

One thought on “USA-Cuba: Money and Politics”