HAVANA TIMES – “Every day that passes in Venezuela, that country sinks more in poverty, more political positions are polarized and its return to democracy becomes more difficult,” comments the usually pro-Nicaraguan government newspaper El Nuevo Diario in an editorial on Monday.

The position of the newspaper may signal that even among its allies the government of Nicolas Maduro is losing support.

This is the Havana Times translation of the editorial in El Nuevo Diario of Nicaragua.

Every day that passes in Venezuela, that country sinks more into poverty, more political positions are polarized and its return to democracy becomes more difficult.

Venezuela urgently needs a peaceful exit that will give it back its institutionality, guarantees of citizens’ rights and responsible management of the economy to avoid further deterioration. If violence continues to escalate, the country could end in a civil war and the consequences would reach the rest of the region, where displaced Venezuelans flee the conflict and economic hardship, the most visible being the shortage of essential products including medicines.

The balance of 20 people killed in three weeks, as a result of the political violence that has also resulted in looting of food stores, is just a sample of how the Venezuelan nation is succumbing to confrontation and accelerated impoverishment.

Venezuela is considered the Latin American country with the greatest oil wealth and, as such, could contribute a lot to the economies of the continent, but for that to occur it has to achieve political and economic stability. Its economy is “free-falling,” as the International Monetary Fund (IMF) recently noted, and has lost 25 percent of its GDP in the past three years.

Meanwhile, political polarization prevents seeing the future clearly. The united opposition parties, with a majority in parliament but blocked by the executive, say they are convinced that only in the street, with popular support, can they achieve a change of government. For its part, the government takes the armed forces and armed civil groups out in the streets to contain and deter the thousands of demonstrators who oppose it, resulting in the deaths of civilians, political prisoners and a frank deterioration of the economy. 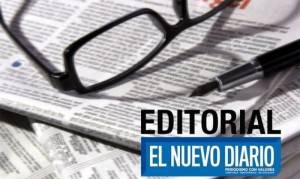 The possibility of an understanding loomed after the gigantic opposition march, on April 19, when President Maduro said he wanted to hold a general election soon and proposed a dialogue to the opposition. That statement, interpreted at the time as if the government was responding to the public pressure, also motivated OAS Secretary General Luis Almagro to insist on the importance of elections to solve the Venezuelan problem. And it brought hope of some sign of flexibility on the part of the government that could lead to an understanding in the coming days.

It is the government that must take the first step to stop the violent confrontation because it has caused it with its policies and actions, like the one that wanted to ignore and annul the legislative power. At this point in the conflict, Venezuela needs something more sustained than a truce. It is no longer a question of giving respite to the fight and then continuing with revenge, but instead of pacifying the country and considering strategies of stabilization and recovery.

That is why international organizations must help solve the Venezuelan humanitarian crisis. Firstly, by convincing President Maduro to sit down and negotiate responsibly and, secondly, by cooperating so that the next elections will be held as soon as possible and with fair rules, without the inhibition of any candidate and with the necessary observation to avoid doubts or misunderstandings among the participants in the civic contest.

3 thoughts on “Venezuela Needs More than a Breather”