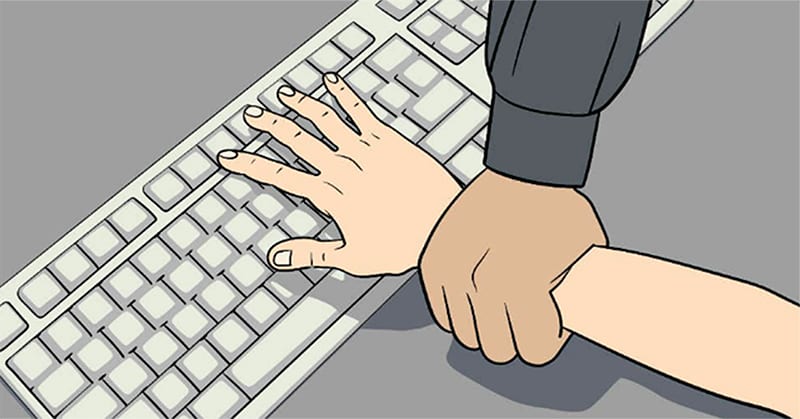 HAVANA TIMES — What will happen in a Cuba that wakes up one day with “FULL” internet access? Let’s just imagine for a minute that any of the many people who already have a computer or a cell phone could access the Internet freely, create their own websites, upload videos, photos, exchange information and opinions and be virtual citizens in a country that has denied them their most fundamental basic rights since the moment they were born.

This happening like a kind of virtual “D-Day” for Cuba, an invasion of the national telecommunications monopoly ETECSA’s anti-web fortress, wouldn’t be surprising. The island has rejected any opportunity at having absolute internet connectivity, and phenomena like Internet on cell phones or in homes are still only legends today.

Many statements have come from officials’ mouths at the militarized Ministry of Communications, none of which have been convincing, and they should thus sign the Universal Declaration of Human Rights which stipulates that every human has the right to Internet access.

However, we can’t forget that the lion-tamers in Havana’s circus have asked, at countless meetings, how to keep the “wild horse of the Internet” in check, that is to say, to install the Internet without installing it, to change without changing, moving the pudding without the icing falling off.

In order for people not to notice the excess and abuse of the revolutionary legend, they need to keep the country in the analog shadow of the Cold War, monopolizing every bit of information which enters cyberspace about Cuba, to be the “webmasters” of everything “Cuban”. On the contrary, their house of cards will come crashing down on top of them in no time, the avalanche of an internal and external flow of information which would engulf Cubadebate and Granma with their mocking ways of telling lies in dribs and drabs.

However, let’s imagine this “D-Day”: people would access whatever they wanted, Cuba would begin its real cultural literacy campaign process in the 21st century. Totalitarian and closed mindsets will be left in the past, as will single-minded ideas, the notion that debating is a sin, the slap in the face to human dignity when people always lower their heads and heed to the leader’s military cry.

For starters, the circus is empty because everyone went to connect to the internet to tell their truth, the real truth, the truth about agro-markets without products and out-of-this-world prices, the truth about the monopoly on everyday life and superhuman surveillance of every nook and cranny, a monstrous and feudal State that crushes individuality. They won’t be able to engage a kind of police that can immediately repress or incarcerate those who speak out as the digital world has a thousand masks that the physical world doesn’t give them.

This isn’t anything new, feudalism died at the hands of the media, among other things, and so it seems blogs, networks, websites etc. will lend a helping hand in the death of this kind of late Castro Medievalism.

Whoever has lived within the everyday death that is Cuba, is aware of the tremendous impact that the “D-Day” of internet access would have on a sleeping island. Like serfs, most people living within a single-party fiefdom don’t see beyond their Master’s castle, nor do they read anything else that isn’t the Holy Scriptures that so-called “reliable” sources release.

You just have to check this monster EcuRed which tries to pass off as an encyclopedia and it may very well be the worst encyclopedia to ever exist as we only find links to the digital police’s blog in the blogosphere, the ones who control it. Edicts are sent from the castle and it doesn’t matter whether they are ridiculous, people abide by them and whatever needs to be destroyed is destroyed.

In one of his recent short films, filmmaker Eduardo Del Llano tells us about how a 21st century Cuban man travels back to the 1960s in order to believe in the government’s dead ideology. The main character wants to leave the nihilistic universe where he lives, enter a utopia, even if he does this as some kind of political tourism and he meets author and playwright Virgilio Piñera in a bar, who at that time still believed in the budding Revolution at that time.

After a conversation about how the future would be and the playwright’s skepticism in the face of del Llano’s character’s truths, the latter decides to show him photos of Havana’s streets in 2015 on his cell phone. “You’ve broken my FAITH,” Pinera says with his hands covering his face. This could also be the disillusion that many people suffer, the epiphany that will suddenly creep on everyone when the “D-Day” of internet access comes about, without the military dinosaurs controlling us.

The faith that quite a few people still defend, this belief in the supernatural of a system that no longer offers much or anything and yet still wants to continue on, will crumble without a single shot being fired, like when the night came about for Eastern Europe’s real socialism.

This is because this faith, like everything from the Middle Ages, is more about fear of the power that exists HERE, than a rejection of what’s THERE. It’s about within the… everything, outside of the … nothing, like when people used to say that the Earth was flat and that a journey beyond the Atlantic would lead to an abyss and a universe ruled by superhuman beasts.

Within the globe, everything is possible; outside of the globe, nothing. Planning means joining my plan, make a work plan, carry out all the plans. Ordinary Cubans are getting mixed up in this flattening without plenitude and have no way to leave this fiefdom, only seeing as far as the domes on the leader’s castle.

“D-Day”, the day that history marks as the day when the Allies landed on the western coast of France against the Nazis, will be the coup de grace here in Cuba for a mad system’s analog fortress, which only pursues its old and useless throne. Like in the times of old revolutions, light is forcing out the shadows.