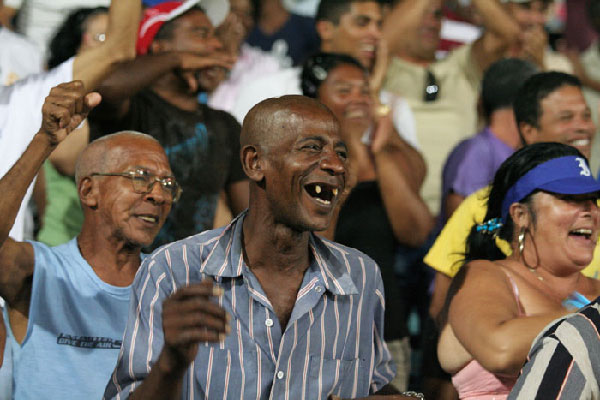 HAVANA TIMES —  The second half of the Cuban baseball season is nearing the halfway point and two of the teams battling for a post season ticket are Industriales and Ciego de Avila, both, as of today, with identical 35-29 records. We bring you a look at a game and the fans at Havana’s Latinoamericano Stadium.

See the schedule for the remainder of the season here.