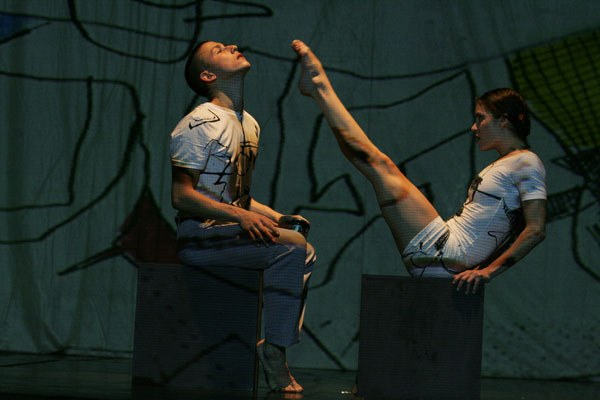 The body language of the dancers, expertly expressing the enigma of life, bodies moving across a stage whose design contrasted suggestively with the wardrobe, all fusing into a harmonious whole, the discrete, tender and sensual kiss, Clara Garcia Fraile’s voice-over narration, a text that breathes life into the scene, mentioning the toing and froing of people, seen from a balcony in Havana, invoking the controversial Mexican artist Frida Kahlo – these were some of the elements that contributed to the overall harmony of the performance. 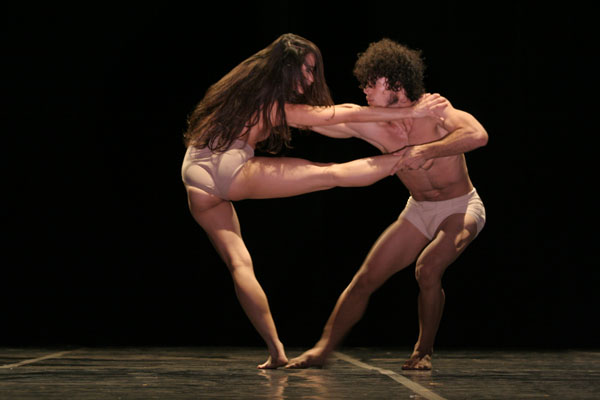 Annabelle Lopez Ochoa’s choreography, Reversible, was staged at the second act. The piece portrayed the many facets of human beings, who can be passionate, heterosexual, homosexual, accepted or rejected, altogether real. Complex bodies, human beauty – mulatto, Afro, mixed-race – the nudity of the body and soul, the ups-and-downs of couples. The solo performers caused much of a stir among the audience. 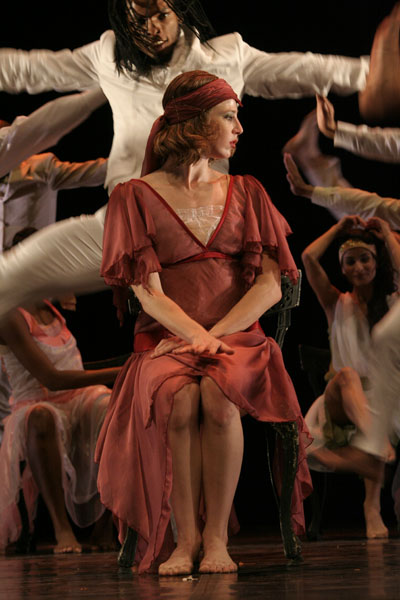 To conclude, the performers staged Retorno (“Return”), a piece with a wardrobe that seemed out of place. In it, a forgotten past flourishes in the memory of the senses, the music – traditional music – travels across time. Miguel Matamoros performed Juramento y Reclamo Mistico (“Mystical Oath and Demand”). Pensamiento (“Thought”) was expertly rendered by Rafael Gomez, and the sounds of drums invoked our African ancestors through the performance of Danza Contemporanea’s percussionists.

The audience enjoyed the marvelous performance and acknowledged the talent of this new generation of dancers, applauding the efforts of director Miguel Iglesias Ferrer, that unparalleled guide leading the work of this dance ensemble.

Cuba’s contemporary dance scene is permeated by daring gestures. The modern has brought us novel and innovative styles and has broken with the classical forms, affording performers greater freedom and divesting the stage from constraints through a fusion with the folkloric.