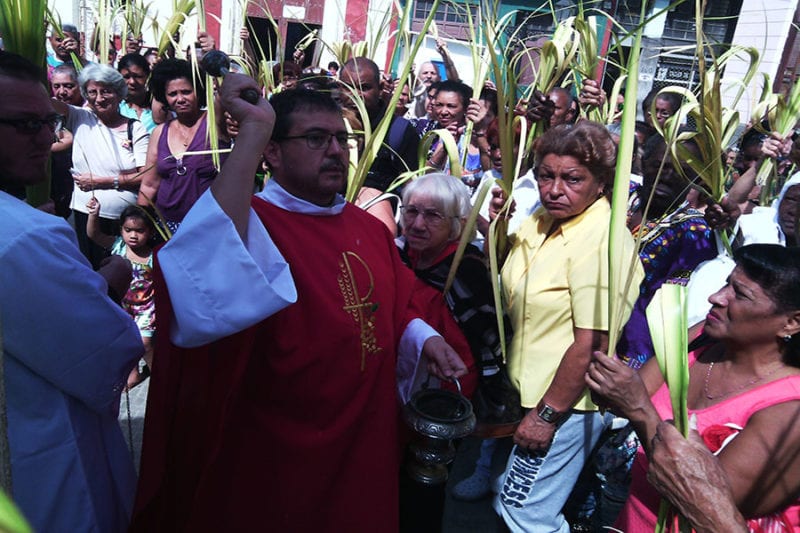 HAVANA TIMES – Catholics in the Cuban capital began their Holy Week on April 9th with the Palm Sunday Mass at the Santo Cristo del Buen Viaje church located by the park that takes its name from the saint.  Holy Week ends tomorrow with Resurrection (Easter) Sunday.

On Good Friday a Via Crucis took place from the Cathedral to the Santo Cristo church in the heavily visited zone of Old Havana.

Acquiescing to the request of Pope Benedict XVI during his visit to Cuba in 2012, Raul Castro announced in late March of that year his decision to declare Good Friday a holiday for Cuban workers. The same happened with Christmas Day after the visit of John Paul II in 1998, per his request to Fidel Castro.